Germany warns Russia that Ukraine invasion would be ‘grave mistake’ 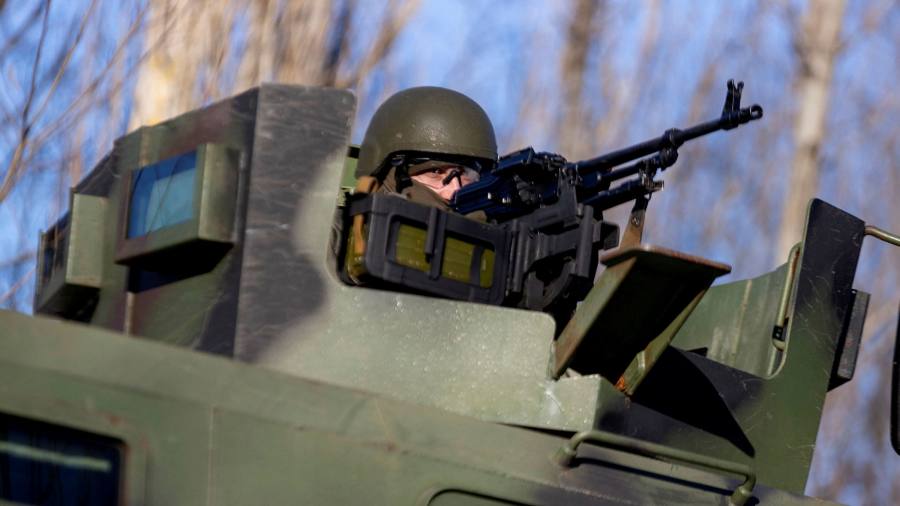 Olaf Scholz, the German chancellor, said Europe “faces the threat of war” and told Russia an invasion of Ukraine would be a “grave mistake”, amid warnings that an attack on the country could come in a matter of days.

Speaking at the Munich Security Conference on Saturday, he said the risk of war was still real but the west should not give up on diplomacy to resolve the crisis with Russia.

“Of course I have no illusions – we should not expect quick successes,” Scholz said. “But we will only be able to break through the crisis dynamic if we negotiate.”

“If diplomacy fails, it will not be our fault,” he said.

He was speaking just hours after US President Joe Biden said he was convinced Vladimir Putin had made a decision to invade Ukraine.

After a call with transatlantic leaders about what he described as a “rapidly escalating crisis”, Biden accused Moscow of creating a pretext for an assault on its neighbor that he said could begin “in the coming week, in the coming days”.

Asked by a reporter if he believed Putin had already decided to launch an attack, Biden responded: “As of this moment, I’m convinced he made the decision. We have reason to believe that. ”

It was the first time the US has said it thinks the Russian president has made his mind up.

“We believe that they will target Ukraine’s capital Kyiv, a city of 2.8mn innocent people,” Biden added.

But Jens Stoltenberg, NATO secretary-general, said it was “not too late” for Russia to step back from an invasion of Ukraine, saying there was still a chance of a diplomatic solution.

“It is not too late for Russia to change course, to step back from the brink, stop preparing for war and start working for a peaceful solution,” he told the Munich conference.

“The risk of conflict is real,” he said, adding these were “dangerous days for Europe”. Russia, he said, had carried out the “biggest military build-up since the cold war” on Ukraine’s borders.

Stoltenberg said that “despite Moscow’s claims, we are seeing no sign of withdrawal or de-escalation so far”.

“We call on Russia to do what it says and withdraw its forces from the borders of Ukraine,” he said. “This will be an important first step towards a peaceful solution.”

Scholz said that the troop build-up had “no justification” and Russia’s attempt to turn Ukraine’s possible membership of NATO into a “case belli” was a “paradox”, because the issue was not on NATO’s agenda.

Western allies have not given up hope that diplomacy could resolve the crisis. Biden cited plans by Antony Blinken, the US secretary of state, and Sergei Lavrov, the Russian foreign minister, to meet on February 24 in Europe, but warned if Moscow took military action before then it would have “slammed the door shut on diplomacy” .

Ursula von der Leyen, the European Commission president, told the conference that the west was “facing a blatant attempt to rewrite the rules of the international order”.

“One only has to read the recent communique issued by Russian and Chinese leaders,” she said. “They seek a new era – to replace the existing international rules. They prefer the rule of the strongest to the rule of law, intimidation instead of self-determination, coercion instead of co-operation. ”

Stoltenberg agreed that “the current crisis is about more than Ukraine”. “Moscow is attempting to roll back history and recreate its spheres of influence,” he said.

Western fears of an impending Russian attack on Ukraine grew sharply on Friday amid mounting tension in the eastern region of the country that is partially controlled by pro-Russian separatists.

Biden pointed to an increase in ceasefire violations by Russian-backed fighters, the shelling of a kindergarten in the region that Moscow sought to falsely blame on Ukrainian forces, and “more and more disinformation” about the conflict being “pushed” to the Russian public , including “phoney allegations” of genocide carried out by Ukraine.

Earlier on Friday, Moscow-backed separatists ordered an evacuation of civilians to Russia, claiming Ukrainian forces were preparing to attack the region.

“We have been transparent about Russia’s attempts to create a pretext for an invasion,” Stoltenberg said.