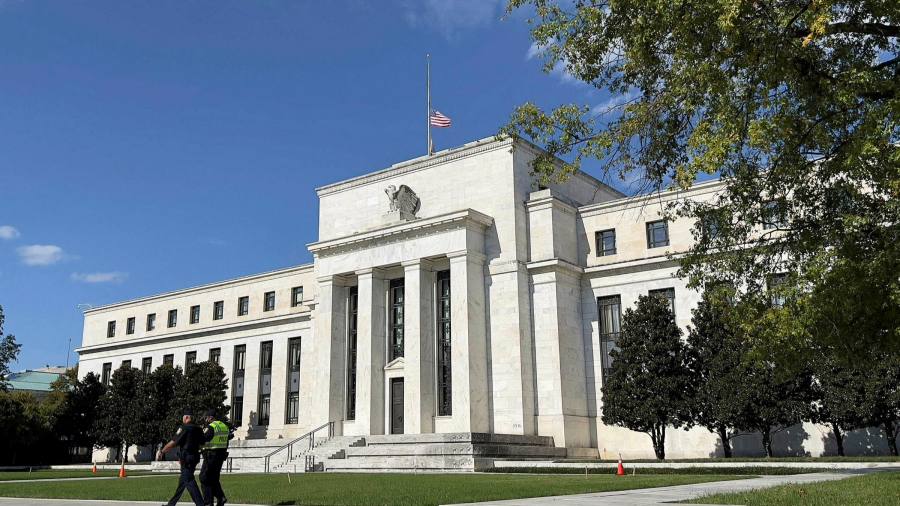 Government bond markets remained under pressure on Tuesday, as traders looked ahead to another round of blockbuster US inflation data and were poised for central banks to rapidly tighten monetary policy.

The yield on the 10-year Treasury note, which functions as a benchmark for borrowing costs worldwide, rose 0.04 percentage points to 1.95 per cent as the debt fell in price.

German, Italian and Spanish yields also rose, in anticipation of the European Central Bank following the US Federal Reserve into reducing its vast purchases of government bonds that have suppressed borrowing costs since coronavirus swept into western nations two years ago.

Equity markets traded cautiously, meanwhile, with the regional Stoxx 600 index opening 0.2 per cent higher. A FTSE index of stocks in Italy, widely seen as one of the eurozone nations most vulnerable to a rise in government borrowing costs, traded flat after losing 1 per cent in the previous session.

Economists expect US inflation data released on Thursday to show consumer prices rose at an annual rate of 7.3 per cent in January, a fresh four-decade high. This, analysts say, may further push the Fed’s resolve for a quick-fire round of rate rises and to shrink a $ 9tn balance sheet that has more than doubled in size since it embarked on an unlimited bond-buying program in March 2020.

ECB President Christine Lagarde on Monday subtly pushed back against expectations for rate rises that emerged after the central bank’s policy meeting last week, saying any move to tackle record eurozone inflation would be “gradual.”

“Do not expect the ECB to rush to the exit,” he said, referring to purchasing programs under which the eurozone central bank has amassed more than € 2tn of assets since the pandemic hit. But, he added, “there is still lots of room for yields to go up before they undermine debt sustainability”.

Elsewhere in markets, the US dollar index rose 0.3 per cent as rate rise bets climbed ahead of this week’s CPI data.

Futures markets implied the US S&P 500 share index and the technology-focused Nasdaq 100 would trade flat in early New York deals, following a down trend this year accompanied by heavy intraday swings as investors assessed the monetary policy outlook.