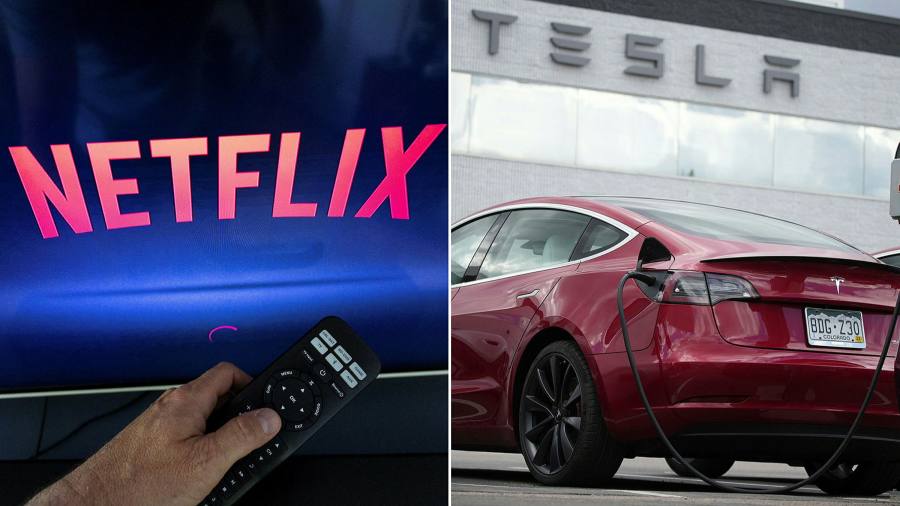 How are the mighty fallen. The Nasdaq has had its worst week since March 2020: It is down 28 per cent this year.

Scottish Mortgage is down 41 per cent in the year to date – and is no longer the largest investment trust in the UK. The Ark Innovation ETF in the US is down 59 percent in 2022.

Both investments massively outperformed any index you care to choose over the past five years. Both have now given up the majority of that outperformance. Just like that.

Look at a few individual stocks and you can see the pain: Netflix is ​​down 70 per cent from its highs, Amazon 40 per cent and Tesla 40 per cent. This, Scottish Mortgage manager Tom Slater told a conference this week, has been the worst start to a year for growth stocks in 90 years.

On the face of it he is absolutely right. Look at the way different investment styles have performed so far this year and you can see that growth is very much out of favor. Numbers from Waverton Asset Management show that if you divide the MSCI AC World Index up by style it is what analysts call high growth that is really taking the hit this year so far – down 23.1 per cent. Next up (or down, should I say) is growth – down 10.9 per cent.

Look at it by sector and you will see something similar – those that have given us the most growth in value are the ones now suffering the most. This year, consumer discretionary stocks inside the S&P 500 are down 30 per cent – pity the holders of Peloton, down 85 per cent in the past 12 months.

Communication services are down 26 per cent this year and information technology is down 21 per cent.

But compelling as the growth-is-out-of-favor argument sounds, it is not the whole story. We might instead say that this has been the worst start to a year for very expensive stocks in 90 years.

Look again at the investment style split and you will see that the outperformance comes from value. Waverton says stocks it categorizes as deep value are up 5.6 per cent on the year, while value stocks are up 2.1 per cent.

Look at the sector breakdown and the stuff that has gone up is not necessarily stuff that is the opposite of growth – it is just stuff that was not expensive before. So energy is up 38 per cent and consumer staples are more or less flat.

Andrew Lapthorne of Société Générale sees it like this too. Disentangle the data, he says, and you can see that it is the most expensive quintile of stocks that is moving most: down 30 per cent from its highs in the US and 20 per cent in Europe. Compare and contrast as well, the overall performance of the S&P 500 and the FTSE 100.

The latter ended last year looking expensive in terms of price / earnings ratio. The former ended it fairly reasonably cheap. But it is the US index which is down 18 per cent so far this year, and the London one which is down by only 3 per cent. The truth is that while it is growth stocks that are falling fastest, they are probably not falling purely because they are growth stocks but because they are – in some cases we can now say were – expensive stocks.

It is not entirely straightforward of course. Growth stocks have been expensive largely because, with interest rates so low, markets have been prepared to pay for the expectation of high future earnings (jam tomorrow).

This is just maths – and when interest rates rise or are expected to rise, the dynamic reverses. Investors are prepared to pay less for promises of jam tomorrow, however innovative and exciting it might be, and more for jam now.

People have been selling because in a world of slightly tight monetary policy, January’s share prices were wrong

Today, inflation is both far too high and far too sticky for comfort – the US consumer price index came in just above expectations at 8.3 per cent this week. And rates are obviously expected to rise.

So the fall in share prices of the big names is not really a comment on the likely success of their businesses. There is some concern about earnings growth falling into a recession of course – which makes being absolute about anything hard.

They have been selling because in a world of slightly tight monetary policy, January’s share prices were wrong. Investors have not turned against growth so much as the price of growth. That’s it. You can blame any losses you might have on inflation, on war, on Chinese lockdowns, or on the US Federal Reserve. Whatever.

But you will also know that had we entered this nasty environment with cheap markets they would have been much less likely to spark a bear market.

So will prices go back up to their previous levels? Sure they will, if the underlying companies eventually show the market the money. What they may not achieve is the heroic p / e levels they hit last year.

Earnings now matter. If you want a historical comparison for this, look to January 1969 to June 1970. Share prices had doubled in the previous two years. That made them expensive – the UK All Share Index was on a historic p / e of 23 times against 13 times when the bull market began.

Then, labor relations began to turn nasty, interest rates shot up, with the benchmark yield going from 6 per cent to over 9 per cent) and the UK chancellor decided to do a bit of fiscal showing off by putting up both employment and corporate taxes . Does this sound familiar? The London stock market fell 36.6 per cent. Depressing stuff. 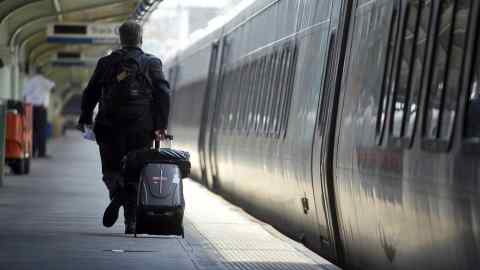 There is a glimmer of hope. The past few weeks have done wonders for valuations. William Dinning of Waverton has done the numbers. This week he had global equity markets on an average forward p / e of 15.2 times (it could be lower by the time you read this!).

But take that out and the rest of the world is below its historic average. A few markets – the UK stands out on a forward p / e of 10.4 times – are trading at “meaningful discounts” to historic averages.

That does not mean the bear market is over. A recession, very possible at this point, would hit earnings and so crash the e in p / e. But it does suggest that if you are looking for long-term value, some is beginning to emerge. Not long now and you may even be able to buy cheap growth.