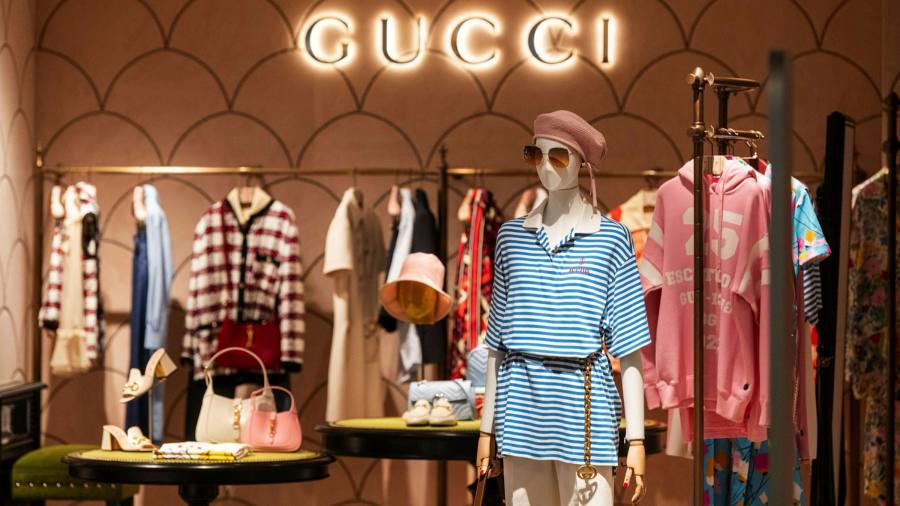 French luxury group Kering has delivered accelerated sales at its Gucci brand, showing how the sector is prospering despite the Covid-19 pandemic.

The long-awaited comeback at the Italian fashion house helped the group beat analysts’ expectations for annual sales and operating profit and propose a record dividend of € 12 a share for 2021, from € 8 a share in 2020.

The luxury goods sector has shrugged off the economic shock of the pandemic with affluent consumers in the US and China, its two biggest markets, barely slowing their purchases of handbags, jewelery and clothing.

The biggest brands have been taking market share from smaller independent rivals after splashing out more on marketing and boosting their once sleepy ecommerce operations.

Kering’s annual net profit was in line with expectations at € 3.2bn. Annual revenue came to € 17.6bn, which was a 35 per cent rise on a comparable basis than the pandemic trough of 2020, and 13 per cent higher than pre-crisis 2019.

That is only slightly worse than the strong recovery at sector leader LVMH where organic revenue growth was 36 per cent last year compared to 2020, and 14 per cent higher than 2019.

The picture is less favorable though when Kering stacks up against LVMH’s fashion and leather goods division, which houses its powerhouse brands Louis Vuitton and Dior. Sales at the LVMH unit rose to almost € 31bn in sales last year, or 42 per cent comparable growth from 2019. That compares with Gucci’s 2021 revenue of € 9.7bn, which was 10 per cent higher on a comparable basis relative to 2019.

“We are not yet where we want to be but we are definitely going in the right direction,” Kering chief executive François-Henri Pinault said, adding that the group was “very confident” it would “extend the rebound” that started last year .

Kering’s results may prove a boost to the group controlled by the billionaire Pinault family and help it narrow the valuation gap that has opened with competitors.

The group’s shares rose almost 6 per cent in morning trading in Paris. They have gained more than 27 per cent over the past 12 months.

Before the results came out, Kering shares had risen about 18 per cent since the pandemic struck in early 2020, compared with a 71 per cent rise for LVMH and a 114 per cent rise for Hermès. The shares also traded at about 22 times forward price-to-earnings ratio, which is a discount of roughly a fifth to LVMH and two-thirds to Hermès.

“Gucci is on the right track,” said Citi analyst Thomas Chauvet in a note. “While it is too early to conclude on the success of Gucci’s ‘new chapter’ of growth (the next two to three quarters will be key), the retail growth gap between Gucci and best-in-class peers has narrowed.”

Investors have been worried about the performance of Gucci, which accounts for more than half of group sales and the majority of profits, because its growth has slowed after years of strong gains driven by popular designs from creative director Alessandro Michele.

“This is a small beat at Gucci and Saint Laurent and the margins are in line,” said Flavio Cereda, Jefferies analyst. “These are not bad numbers at all but the gap with sector leaders is still very much there.”