Having frozen out Putin, Biden is warming to other autocrats 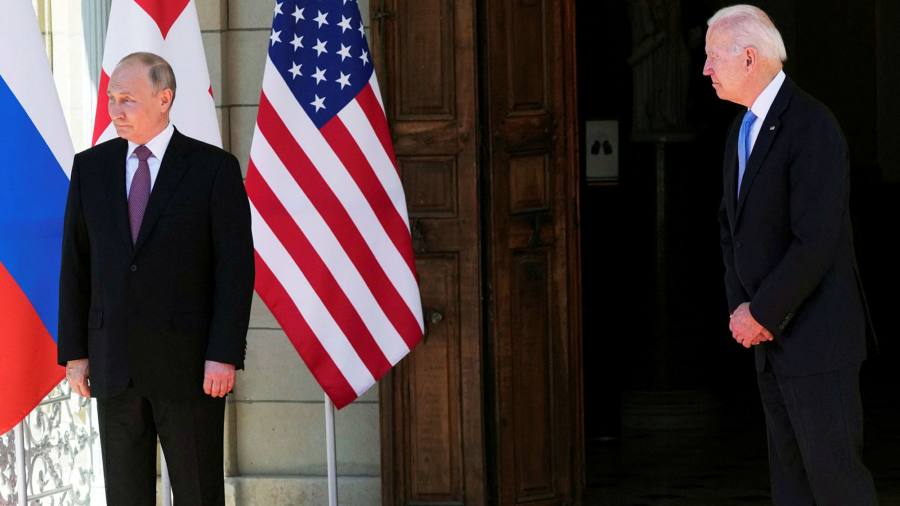 Is one autocrat’s loss another autocrat’s gain? As Vladimir Putin becomes the west’s pariah number one for his invasion of Ukraine, old foes suddenly look less toxic.

Take Venezuela’s President Nicolás Maduro. In 2019 Washington imposed economic sanctions on the oil producer and a year later accused its leader of “narco-terrorism”. Now, the White House is seeking alternative sources of oil to alleviate the self-inflicted pain of its hydrocarbons embargo on Russia. Last weekend, US officials went to Caracas. A few days later the Venezuelan president freed two jailed US citizens.

Other authoritarian regimes – some of which have been longtime US military allies but felt chastised by Joe Biden’s vow to boost democratic defenses against the rise of illiberal powers – are feeling a thawing. The US president, who pledged a tougher line on Saudi Arabia and declassified an intelligence report concluding that its de facto ruler Mohammed bin Salman was responsible for the 2018 killing of Jamal Khashoggi, has made overtures about oil supply. His neighbor Sheikh Mohammed bin Zayed al-Nahyan, the leader of the UAE, who has grown frustrated by Washington’s position on the Yemen conflict and Iranian nuclear talks, has also received US requests to encourage Opec to pump more oil. A deal on Tehran’s nuclear program, which would allow Iran to sell oil again, would be opportune.

“The previous narrative of the Biden administration about autocracy needs to take a back seat – it’s a question of tactics,” says Theresa Fallon, director at the Center for Russia Europe Asia Studies.

The paradox extends to China, whose geopolitical ambitions have shaped Biden’s foreign policy. Washington has been beefing up its democratic alliances in the Indo-Pacific region in an effort to rein in Beijing. Now Xi Jinping is being courted by European allies to help contain Putin’s revanchism. “A few months ago, the idea for Biden was to try and neutralize the Russian question to be able to tackle the Chinese question,” notes Marie Dumoulin, director of the Wider Europe program at the European Council on Foreign Relations. That was indeed the president’s goal when he arranged a summit with Putin in Geneva last June.

Of course, the shift is dictated by necessity. But is it working? The response so far is inconclusive: many of the once unloved or castigated leaders are hesitating. The Saudi crown prince has reportedly snubbed a call from Biden. The Emiratis have sent conflicting messages to their oil-producing partners, including by saying they remained committed to their output deal with Opec +, which includes Russia. Venezuela’s vice-president met with Russian foreign minister Sergei Lavrov in Turkey this week to review the strategic alliance which has helped prop up the Venezuelan regime. The Iran nuclear negotiations, which had apparently been progressing towards a deal, are stalling – and not because of the US.

This hesitation is partly due to short-term rewards stemming from high oil prices. “It’s nice to get that kind of return,” Fallon notes. But there is also broader realization that some countries whose backing the west had taken for granted were “in fact more ambiguous, if not closer to Putin than to the west”, Dumoulin says. When the UN voted to condemn Moscow’s attack on Ukraine, China but also India and African countries such as South Africa chose to abstain. “There is a big re-evaluation of the diplomatic map,” she argues.

Each country is assessing its own interests and, for many, it is not yet clear where these will lie. While Turkey’s Recep Tayyip Erdogan seems to have concluded he had more to lose by siding with Putin than with his NATO partners, others such as China will probably wait until the dust settles. Beijing, which on the eve of the Ukraine invasion signed a partnership with Moscow that Xi Jinping described as “stronger than an alliance”, is “happy to sit on the fence,” Fallon says. Russia is “so diminished” that China might see an opportunity to buy assets and exert more influence over it, she adds.

But Beijing may also be closely watching the severe sanctions the west is willing to inflict on Moscow and thus on itself. “The westerners do not look so decadent,” says Michel Duclos, special adviser to the Montaigne Institute. “They are showing they are determined to uncouple, even if it means suffering real economic pain. This could be a lesson to Beijing. ”

Dumoulin is less optimistic. The west is heading towards the sort of economic pain that might make it reluctant to stomach another confrontation, this time with the world’s second-largest economy. “Uncoupling with Russia is one thing,” she says. “Uncoupling with China would be another.”