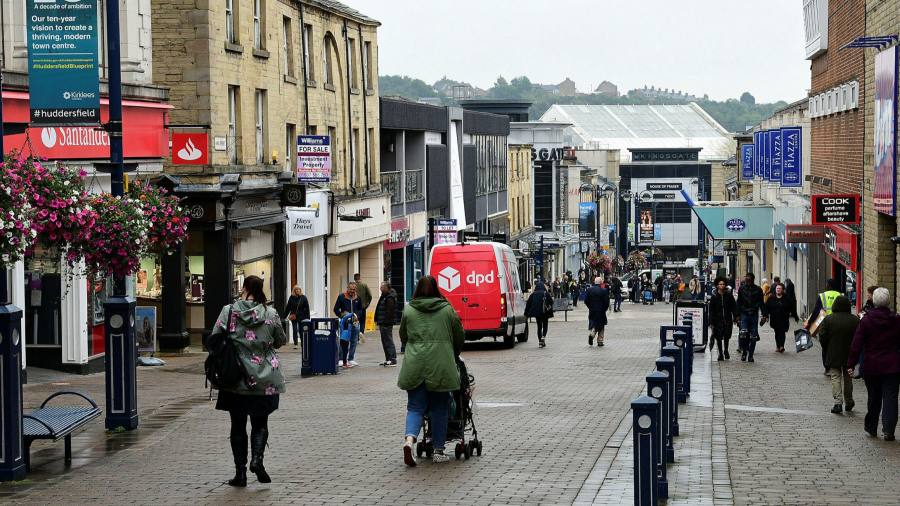 Spending in smaller UK regional centers has bounced back stronger at the start of the year than in London and other larger cities more reliant on office workers for high street trade, according to a recent study.

Data from the Center for Cities’ high streets recovery tracker found 13 cities and towns had returned to pre-pandemic levels of spending by the end of January as coronavirus restrictions were further eased last month.

Those leading the way were smaller places in the north of England, the Midlands and Wales. Wakefield registered the highest increase in spending on average in January compared to levels in the city in the four weeks before the start of pandemic in March 2020. It is less dependent on office workers with weekend trade in particular much higher as locals visit the center for shopping and to meet friends.

London and Birmingham were among the places with the lowest spending compared to the four week period immediately before the pandemic. The capital also continued to struggle in terms of footfall, ranking the lowest of all city centers in the country with numbers still down at half of their pre-pandemic average.

In contrast, Plymouth, Barnsley and Southend were among the places with the highest footfall recovery.

“The smallest places have recovered quicker compared to large places,” said Valentine Quinio, analyst at the Center for Cities. “It’s a sign that people still see the city center as a prime destination for shopping and for leisure. And that’s a really good thing against all the claims that a lot of this spending was shifting online. ”

The shift to homeworking had also caused a bigger split nationally between weekend and weekday footfall, she added. On average across the UK, weekend spending was now above its pre-Covid level, but weekday spending was 30 per cent lower.

In London, weekday spending is now at 44 per cent compared to before the pandemic. “So London is not even halfway there in terms of weekday recovery. A lot of that is commuters, ”said Quinio.

Even so, she pointed out that many places had been at a low ebb before the pandemic, with one in five shops shut in Wakefield at the start of 2020 for example.

The data also suggested that London and other areas reliant on office workers were beginning to see a recovery following the change in work from home guidance at the end of January.

In London, spending was about four-fifths of its pre-pandemic level in the last week of January, up from 59 per cent in the first week. This is supported by data from Transport for London which shows that ridership on London Underground has increased by more than 25 per cent since early January. Tube usage is now around 60 per cent of pre-pandemic levels during weekdays and higher at weekends.

But the recovery in the last week of January was even stronger in the big cities outside London, said Quinio. “Soon the work from home issue may be a London-only problem. When you look at the data, both in footfall and spend, Birmingham and Manchester are doing much better than London. ”

Local authorities and lobby groups in London have repeatedly warned the government not to ignore the capital when building its “leveling up” agenda given the issues that many businesses face as they emerge from the pandemic.