How could the west punish Russia if it invades Ukraine? 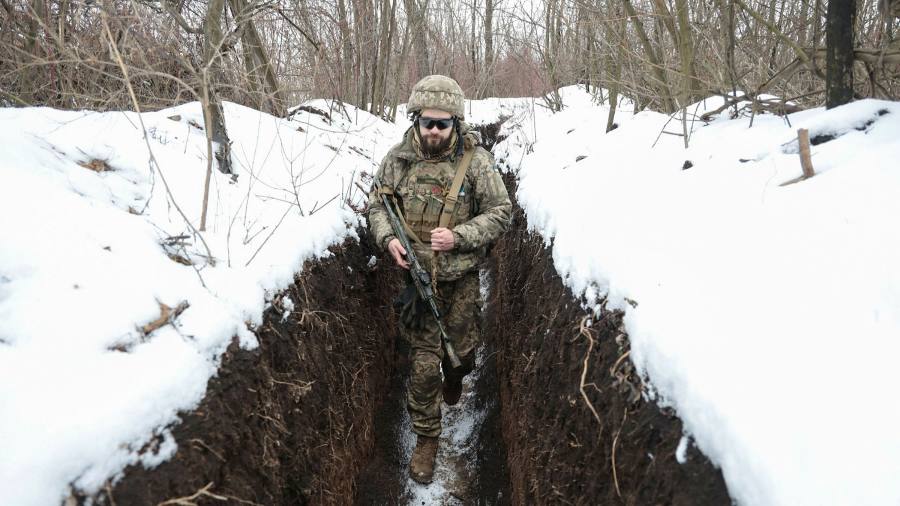 The United States and European allies are preparing what is being described on both sides of the Atlantic as the most aggressive package of economic and financial sanctions ever put together to punish Russian President Vladimir Putin if he approves an invasion of Ukraine.

The hope in the Western capitals is that the mere threat of these measures will be enough to deter Putin from attacking Ukraine in the first place – and if he fails to knock Moscow with so many economic weapons that it will weaken the Kremlin’s determination.

So what measures is the US and EU specifically prepared to introduce?

In recent days, the United States and Britain have escalated plans to punish Putin’s inner circle by targeting Russia’s economic elite and the money it has parked in the West.

Senior officials in the Biden administration said they have now drawn up “specific sanctions packages” focusing on Russian oligarchs and their family members. They would not say who would be on the list, due to concerns about “flight risk”, but the scope could be wide. U.S. officials said some names would be pulled from a classified list of potential targets sent by the Treasury Department to Congress in 2018.

Given how many Russian oligarchs have assets and other economic interests in Britain, UK support has been crucial to US efforts, and senior officials in the Biden administration have announced their coordination with London on the individual sanctions packages.

On Monday, Britain promised to introduce new legislation that strengthens London’s ability to target Kremlin – affiliated companies and their owners in the country.

The EU is also preparing a list of people to be subject to personal sanctions such as asset freezes and travel bans, but has previously demanded a higher burden of proof for inclusion on such lists than the US, given the options available. to raise legal challenges in European courts.

The US and the EU also want to hit the heart of the Russian banking system and cut Moscow significantly out of the international financial system, after failing to do so after the annexation of Crimea in 2014.

Russia’s largest financial institutions, including Sberbank, VTB, Gazprombank, The Russian Direct Investment Fund and Alfa Bank, are all in the firing line.

Meanwhile, the United States and its allies have also discussed excluding Russia from Swift, the international payment network, which would further complicate the ability of Russian banks to interact with the West.

However, the EU does not support this step, given the potential consequences of the service’s reputation and how any disruption may be perceived by third countries. An EU official said Russia’s disruption was seen as a “last resort” and that it could be more effective to use targeted economic sanctions, for example, to prevent lenders from converting rubles to dollars.

U.S. officials said last week that there was growing “convergence” with EU allies on both the severity and immediacy of the economic sanctions, noting that they would aim to hit both existing and new funding.

Some EU states have also called for Russia’s access to the IMF’s special drawing rights – which act as a reserve currency – to be frozen, according to documents seen by the FT.

The United States and the European Union have discussed imposing very strict export controls on Western technology in order to inflict as much damage as possible on Russia’s industrial base and its ability to innovate.

Traditionally, export controls have been used as a means of preventing sophisticated weapons from falling into the hands of geopolitical opponents. But the United States and many European countries have expanded the measures to include new technologies such as quantum computers and artificial intelligence.

According to people familiar with the Biden administrator’s mindset, one of the most potent tools the United States could implement in this area is the so-called “foreign direct product rule”, which was used to rein in the Chinese technology company Huawei. The rule would prevent third countries from exporting certain sensitive technologies containing US components to Russia.

“Russia’s export controls deny it anything it needs and cannot easily replace from elsewhere,” a senior Biden administration official said last week, adding: “What we are talking about are sophisticated technologies that we design and produces, which are essential. input to Russia’s strategic ambitions. “

Probably the most politically and economically sensitive arena in which the US and the EU are preparing sanctions is the energy sector. Moscow is heavily dependent on energy exports as a source of foreign reserves, and the EU is dependent on Russian gas for 40 percent of its consumption. Meanwhile, America is worried about high energy costs that will stimulate inflation ahead of the midterm elections.

Yet the United States and its allies have discussed using unprecedented measures to sanction oil and gas producers as well as Russian companies in the mining sector.

Despite some uncertainty about the position of the new German government, the US and EU have decided that if Russia decides to invade Ukraine, they will stop the controversial Nord Stream 2 gas pipeline connecting Russia and Germany from becoming fully active. This would be a major blow to Moscow and could also lead to significant economic pain in Germany.

But the EU’s dependence on Moscow means that there are also significant opportunities for potential countermeasures. Brussels is particularly concerned about a possible collapse in gas supplies in the event of a war, either due to damage to Ukrainian pipelines supplying Europe or Russia moving to limit gas supplies.

The international cult of Vladimir Putin