How Gympass reinvented itself as Covid struck 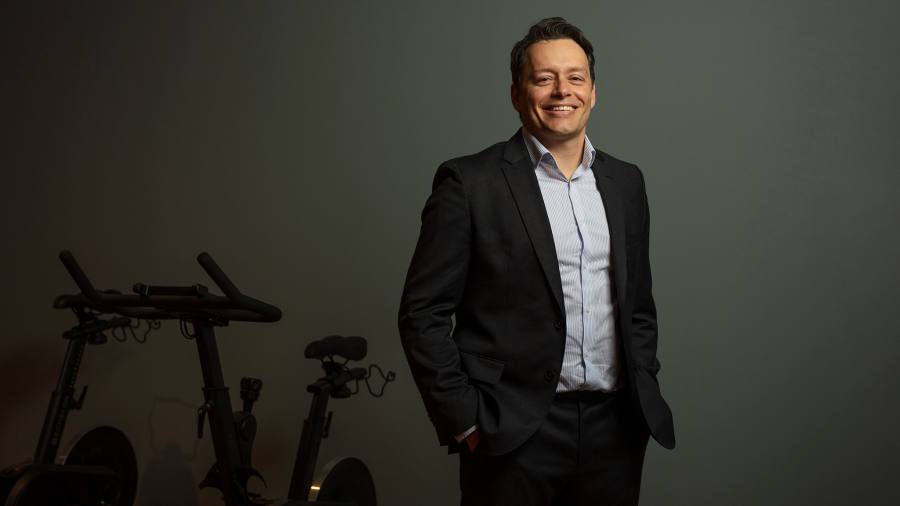 Cesar Carvalho vividly remembers the moment it dawned on him that the billion-dollar venture he had built from scratch was about to face a potentially existential threat.

On a Sunday in February 2020, the chief executive of Brazilian start-up Gympass received a phone call from his co-founder, Joao Barbosa, who was living in Italy.

Barbosa was rushing to pack up his belongings and flee the country ahead of an imminent lockdown to contain the spread of the new coronavirus, which until that point had seemed distant to Carvalho, who was in the US. He recalls being “shocked”.

“We knew that in 30 days from that call, all the gyms and studios in all markets where we operate would be closed,” says the 38-year-old in a video interview from his home in New York.

A self-styled “corporate wellness platform”, Gympass does not itself own exercise facilities, but via a single membership on its app provides access to thousands of gyms and fitness centers across 10 countries.

It is available as a workplace benefit through signed-up employers, including blue-chips such as Unilever, KPMG and McDonald’s. As Covid-19 restrictions kicked in, there seemed little purpose for an intermediary to a service nobody could use.

“We spent eight years building the business,” adds Carvalho, “and the biggest fear was that it could all have vanished in a matter of months.

Yet the opposite happened. By switching to offer online classes and adding third-party apps in fields such as meditation, nutrition and therapy onto its platform, Gympass not only survived the global health crisis but emerged in stronger shape.

The privately owned group declined to provide details of its financial performance. However, it says user “check-ins” – either in-person or virtual – increased 80 per cent on pre-pandemic levels, while revenues doubled over the past 12 months.

In a vote of confidence, investors including Japanese technology conglomerate SoftBank stumped up $ 220mn last June to help fuel Gympass’s growth in the US and further expand into new categories. The funding round doubled the now 10 year-old company’s valuation to $ 2.2bn.

A rare example of a Latin American start-up to achieve success outside the region, Gympass had moved quickly to adapt to the pandemic.

The day after his telephone conversation with his co-founder, Carvalho joined a call with his managers in Europe to find out more about the Covid-19 situation. All other topics were discarded and he asked them: “If what’s happening in Italy happens everywhere else, what are the things that we will have wished we had done right away?”

To confront the emergency, the company divided itself into two. A team dubbed “defense” was tasked with cost reductions and managing contracts. Drastic measures were taken. About 15 per cent of the then-workforce of 1,200 was laid off and the brand exited certain smaller markets.

In parallel, an “attack” committee concentrated on developing and launching new features. Only Carvalho participated in both streams, saying the separation was important to sharpen minds.

Before the pandemic struck, 99 per cent of all physical exercise that took place through Gympass was in the form of in-person visits, according to its founder. Whether foresight or fortuitous, trials were already under way for digital fitness, nutrition and meditation sessions.

The challenge then was to roll out that pilot in 10 countries within four weeks. “We completely reinvented the business,” says Carvalho.

The company’s actions allowed it to benefit from people exercising at home and greater concern in HR departments for staff welfare. Despite some cancellations, Gympass now has about 5,000 corporate clients – more than double the number at the start of 2021.

However, it was not the first time that Carvalho and his co-founders were forced into a fundamental rethink.

As a young McKinsey consultant often traveling between different cities, the Brazilian found sticking to a workout routine difficult. This frustration proved the genesis of Gympass, which Carvalho dropped out of a Harvard MBA to found in 2012.

“I thought of this key or card that could potentially open the doors of every single gym and studio on the planet,” he recounts. The idea was for it to be flexible, affordable and varied.

Originally based around selling daily gym passes directly to consumers, it did not take off. Then a customer, an HR professional who wanted to offer the product to his staff, suggested it be pitched instead to employers on a membership model. So less than a year into its existence, Gympass was refashioned as a business-to-business enterprise.

A client request led to the first international expansion (to Mexico), before the company moved its headquarters to New York in 2018. If the shift to online exercise seems an obvious move, Carvalho says feedback from clients, users and partners also informed its lateral move into other “verticals”. What he calls the Gympass “marketplace” includes partner apps to quit smoking, improve sleep and even manage personal finances.

For advice, Carvalho turns to his peers at the company, its advisers, board and his wife, whom he considers as an unofficial board member. “I run all the important decisions by her.”

Like an archetypal tech entrepreneur, the Brazilian beams with an almost evangelical zeal to change the world.

“Our mission is very clear. We want to make wellbeing universal, we want people to be active, ”he explains. “We are not going to stop until we are offering these [services] to everyone on the planet ”.

Not everyone is convinced though. Following complaints of anti-competitive behavior from rivals, Brazil’s antitrust regulator has provisionally banned Gympass from signing new exclusivity agreements with gyms while it continues an investigation.

My peers: I learn a lot from them every day. We have good complementary strengths and we balance each other in most of the important decisions.

If you were not a CEO / leader, what would you be?

I see myself more as a founder than as a CEO. If I were not running Gympass, I would probably be investing my time working for the third sector or maybe in sports.

Working as an analyst, I remember the CEO defining the leader as someone who achieves results through others. So, the first lesson I’ve ever learned was that it’s all about the team.

“We always act ethically here,” responds Carvalho. “The market is huge. The number of people that are currently active in Brazil is a fraction of. . . all the other geographies. ”

Gympass helps its partners by bringing in additional revenue, he insists. “And we especially empower the small and medium gyms and studios against the most important large chains that are consolidating this space.”

As a stress buster during the pandemic, the CEO began exercising for an hour every day at 6am. Another conscious habit was to put two daily “blocks” on his calendar, free from all work communications, to spend with his two children. Staff were encouraged to do the same at synchronized slots.

There were mistakes though. At one point, the digital offerings were too broad and needed to be scaled back to focus on quality, and burnout among staff was a real possibility, admits Carvalho.

For now, Gympass’s priorities include extending into the workforces of small and medium-sized companies, as well as mental health and management of long-lasting conditions, such as diabetes.

Because physical activity, [together with] eating well and sleeping well, is the most important way to prevent those chronic diseases, ”says Carvalho.