How to puncture Russia’s disinformation bubble 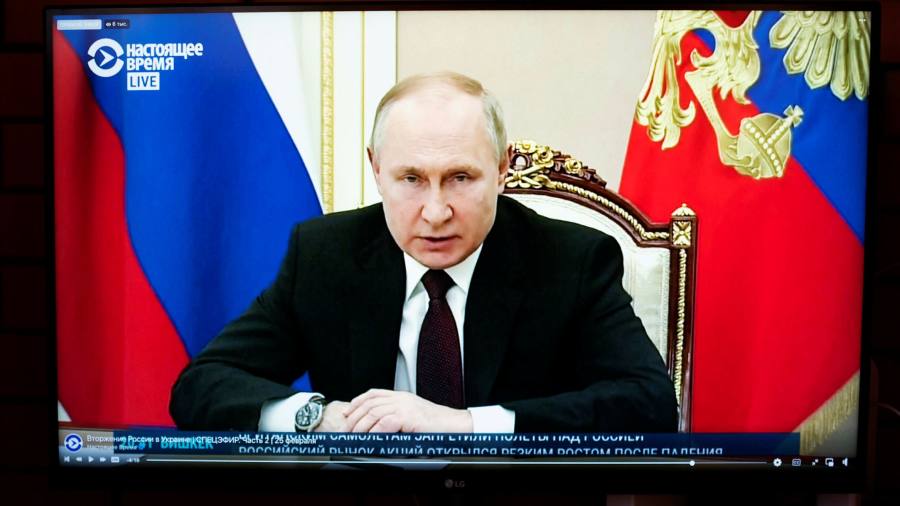 Journalists and human rights groups are playing a courageous role in reporting Russia’s savage war in Ukraine to global audiences. Many Russians, though, are seeing an entirely different conflict. Moscow’s vitriolic state propaganda channels spin a web of lies. In this alternative reality, Russian forces are not invaders shelling hospitals and apartments, but liberators fighting to free citizens held hostage by Ukrainian “Nazis”. A concerted information campaign to convey the truth to the Russian people is vital to countering President Vladimir Putin’s war. As the Kremlin clamps down on the last vestiges of independent media in Russia, this will need creativity and ingenuity.

Puncturing the Kremlin narrative is crucial for two reasons. If Putin can no longer conceal his army’s blunders, brutality and body count in Ukraine, his calculus may alter. It is important, too, to help Russians understand that sanctions are aimed at squeezing Moscow’s ability to fight an unprovoked war rather than, as the Kremlin media insists, an escalation of a long-running western effort to bring Russia down.

Moscow has adopted heavy-handed methods to block truthful information. Independent media such as Ekho Moskvy radio and Dozhd (TV Rain) have been forced to close, while spreading what the Kremlin designates “fake news” about the war has been criminalized with sentences of up to 15 years. The law prompted TikTok to suspend new content uploads in Russia. Regulators banned Facebook and restricted Twitter. Facebook’s Instagram was initially spared, but was banned last Friday in retaliation for parent group Meta’s ill-advised relaxation of its moderation policy to allow users in Ukraine and several countries to call for violence against the Russian military.

This “digital iron curtain” has some holes. Russian downloads of VPN apps enabling access to blocked services have surged. The popular Telegram messaging app still allows access to both pro-government and independent content, plus some foreign media such as the BBC Russian service. Activists have taken to posting war information in comment and review sections of companies on Google. Showing the importance of the digital space, the White House has briefed TikTok influencers after the app became an information battleground in Ukraine.

Much of this, however, reaches young and tech-savvy city dwellers. A far bigger challenge is getting through to often older Russians outside the big cities who rely on state TV. In a back-to-the-future move, the BBC has reintroduced short wave radio broadcasts to Russia and Ukraine. The war should prompt democracies such as the UK to rethink funding cuts for foreign-language broadcasting. They should also be investigating using satellites to beam broadcasts into Russia.

Various civil initiatives, meanwhile, are using whatever technology they can. Websites set up in Norway, Lithuania and Poland urge people to send emails or texts about the war to databases of Russian addresses and numbers, or Russian-speakers to cold-call Russians. A Kyiv restaurateur has launched a site encouraging the 11mn Ukrainians with family in Russia to telephone sometimes skeptical relatives there. More effective than cold-calling might be mobilizing Russians abroad to produce content that can use Russian cultural references and humor for distribution via a range of channels.

Such efforts can never match the reach of state TV. But they can begin to seed doubt, which could then spread by word of mouth. This will take time. But the war has brought home how urgent it has now become to puncture the Kremlin’s disinformation bubble.