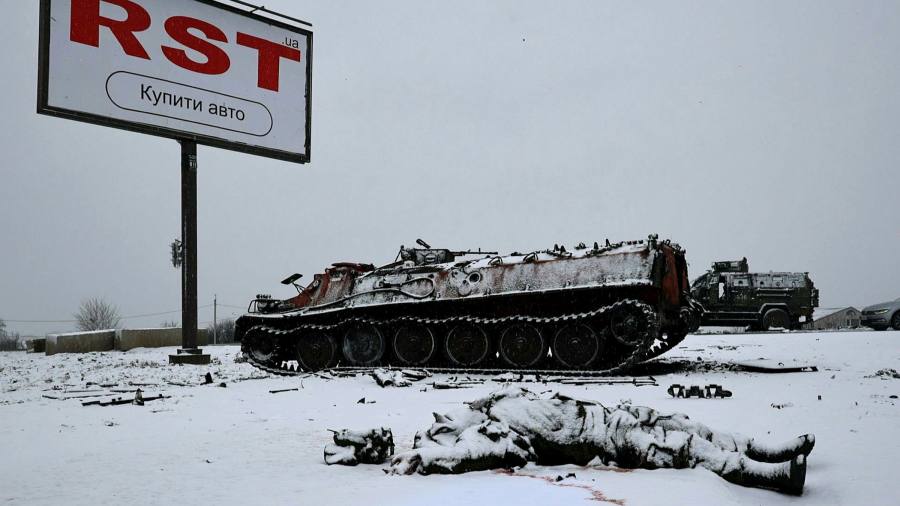 On Tuesday, Ukrainian activist-blogger Volodymyr Zolkin called a Russian citizen named Danil with bad news: Danil’s friend was being held captive as a prisoner of war in Ukraine, Zolkin informed him.

“Do you have a message for him?” the blogger asked during the exchange broadcast live and watched by thousands of viewers on YouTube. He showed a video of a prisoner he claimed was Danil’s friend and disclosed the last name of his Russian interlocutor. “And are you going to keep sending murderers to our country?”

For an hour, Zolkin, who introduced himself as a volunteer co-ordinator with the Ukrainian interior ministry, was seen informing one Russian after another of the capture or death of a soldier in their family or among their friends.

The exercise epitomizes some of the tactics in Ukraine’s messaging that are designed to blow holes in the official Russian narrative of events – whether to reveal low morale among Russian troops or sow confusion back home about why the country is at war at all.

Making and sharing recordings of captives is likely to be in violation of the Third Geneva Convention, which establishes international norms for the treatment of prisoners of war, according to legal experts. Those norms are designed to protect captives from humiliation and possible threats to their safety, according to Noam Lubell, professor of international law at the University of Essex.

“There is a long history of prisoners of war being paraded before the cameras for propaganda purposes. . . and this should be prevented, ”Lubell said.

Back home, Moscow has recently pursued an ever more heavy-handed approach to prevent news of the invasion reaching a domestic audience.

It has shut down independent media channels and banned the use of the term “war” to describe the biggest ground invasion in Europe since the second world war. Russia’s lower house of parliament on Friday passed a bill that, when signed into law by Vladimir Putin, will introduce criminal penalties for distributing “fake news” about Russia’s army.

In a speech on Thursday, Russia’s president personally addressed Russia’s human toll of the war for the first time and held a minute’s silence. It came a day after Moscow said 498 of its soldiers had been killed and more than 1,500 wounded. Ukraine claims Russia has suffered more than 5,500 casualties.

Asked by Zolkin why there were “rockets flying at” Ukraine, the young man named Danil was heard replying: “I do not understand why either. I am against all of this. . . It’s nonsense. ”

The Financial Times confirmed Danil’s identity after reaching him by phone in Russia and finding a social media footprint suggesting his friendship with the captured soldier.

On his YouTube channel, Zolkin said he had access to relatives’ contact details from a recently launched Telegram messenger app bot called “Look for your own”. Supported by the Ukrainian interior ministry, the initiative allows Russians to write in to an automated service, leaving their details and those of the missing soldiers they are looking for.

Zolkin matches these requests with photos and videos from the front line. In his show, the blogger said that, in the context of Russia’s invasion, he did not see it as ethically wrong or insensitive to do so.

The project also has a website, 200rf, named after the “Cargo 200” Soviet-era code word for the bodies of killed soldiers. The Kremlin and the Russian foreign and defense ministries did not reply to a request for comment about the website and app, which have been blocked in Russia.

Anton Gerashchenko, a top adviser to Ukraine’s interior ministry, said that the 200rf project was supported by the ministry and that it had humanitarian aims. “Information about those who died or were captured is published in this channel so that (Russian) mothers know that their sons are alive,” he said.

Lubell noted that some NGOs, including the International Committee of the Red Cross, would typically do that.

But for Kyiv, such initiatives are a powerful communications tool designed to undermine the Russian government’s portrayal of the invasion as a “special operation” with few casualties on the Russian side.

Other similar Ukrainian initiatives have included an offer to free Russian captives if their mothers traveled to Ukraine to collect them via its Polish border. Social media posts by the Ukrainian army have also promised amnesty to Russian soldiers who surrender, and 5mn rubles for their equipment and weapons. In the outskirts of Kyiv, a slogan on a billboard addressing Russian soldiers recently read: “Do not take a life for Putin’s sake!”

The co-ordinator of the 200rf project, Victor Andrusiv, told the FT that his team also sent automated antiwar text messages to Russians’ phones. 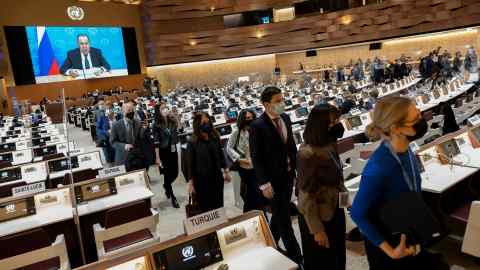 Ukraine had so far been “successful at informing warfare-propaganda,” more so than “the supposed Russian masters of it”, said Peter Singer strategist at New America, a Washington-based think-tank.

Ukraine had also taken to “pre-bunking” false flag operations, as opposed to debunking them after the facts, emulating Washington’s strategy to warn about Russia’s invasion plans as early as December, he added. The relatable image of Ukrainian president Volodymyr Zelensky, a former television comedian, has played to Kyiv’s advantage, especially as it has contrasted with Putin’s stern appearances on camera, according to Singer.

In Russia, the picture is complicated by intensifying censorship, with little news of the war on state media channels, while leading liberal outlets such as Echo of Moscow and TV Rain have been ordered to shut down.

During his YouTube show, Zolkin urged his Russian interlocutors to protest against the war, to which many respondents replied that they felt powerless or were afraid. The FT could not verify whether all these were genuine.

“The longer the conflict goes, the harder this gets for the Putin regime,” Singer said. “Death news is harder to control, and the narrative of an easy win harder to spin if it lasts weeks.”