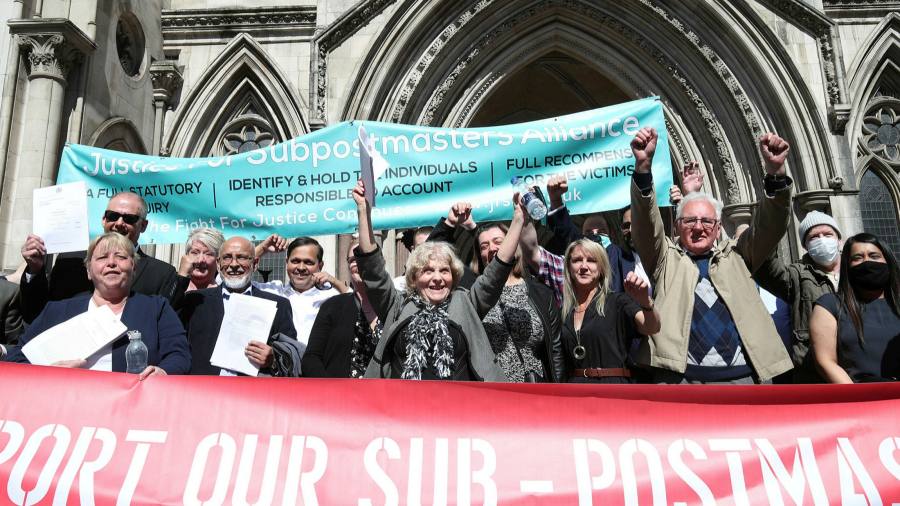 Hundreds of people running UK post offices were wrongly prosecuted and endured having their “lives ruined” in “the worst miscarriage of justice in recent British legal history”, a public inquiry into the scandal was told on Monday.

The inquiry, chaired by retired judge Sir Wyn Williams, heard that the state-owned Post Office knew that its Horizon IT system was not reliable despite using evidence from it to accuse postmasters of false accounting and theft.

An estimated 706 prosecutions may have been based on evidence from the faulty computer system. So far 72 postmasters have had their criminal convictions overturned with other appeals pending.

Jason Beer QC, counsel for the public inquiry, said the hearings would examine the human cost of the scandal including on postmasters who were prosecuted and not be “a dry, technical investigation into an IT project gone wrong”.

“Their prosecutions were founded upon an assertion that the computerized accounting system Horizon which was used in branch post offices was reliable when in fact it was not,” Beer told the inquiry.

“What’s more, the publicly owned company responsible for bringing the prosecutions – Post Office Ltd – knew that it was not,” Beer added.

Beer said those giving evidence were only “the tip of a very large iceberg”, including former workers who received prison sentences, were made bankrupt and homeless and suffered marriage break-ups.

The hearing heard how one postmaster received a suspended prison sentence, lost her house and was forced to rely on the Salvation Army for food and clothing for herself and her six-year-old daughter.

Baljit Sethi, 69, who helped his wife run a post office in Essex for 22 years, wept as he testified how after moving to manage a second branch which used the Horizon IT system, he was accused by the Post Office of running up a £ 17,000 shortfall.

He raised concerns about Horizon in 2002 and said: “I knew there was something wrong with the system but no one wanted to know that.”

Sethi was never criminally investigated but he later entered into an insolvency arrangement after the Post Office had terminated the couple’s contract in June 2002.

He said his “life was turned upside down” and at one stage he contemplated suicide because he felt a “failure” for being financially unable to help his children through university, adding that people in the local community “did not want to know us ”.

Former post office manager Jo Hamilton, who had her criminal conviction for false accounting overturned last year, received a supervision order in 2008 after being prosecuted over a £ 36,000 loss shown up on the IT system.

She testified how she had “lost the best years of my life”. “It’s horrible to be accused of dishonesty when you are not dishonest,” she told the inquiry. “I feel the injustice of it all. It’s frustration and anger. ”

In December, the Department for Business, Energy and Industrial Strategy made a £ 686mn grant to the Post Office on top of previous awards of £ 94mn and £ 233mn to help cover the costs of the scandal.

The state-owned body will compensate those whose criminal convictions were overturned, as well as 2,500 postmasters who were not prosecuted but had to repay money to the Post Office when deficits were incorrectly recorded in their branch accounts.

The Post Office said it was “sincerely sorry for the impact of the Horizon scandal”, adding that the hearings will enable those “who were most deeply affected by the Post Office’s past failings to voice their experiences”.

It added that it would “ensure all lessons are learned so that such events can never happen again”.