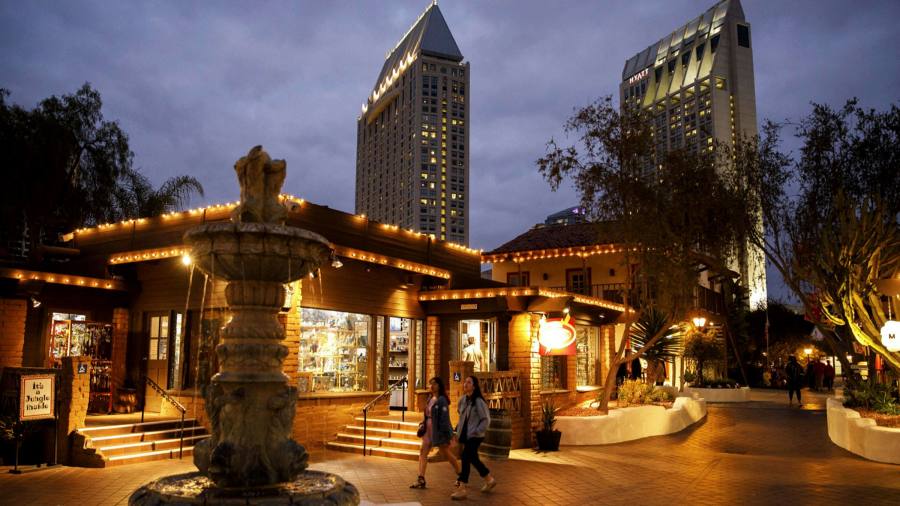 US hotel group Hyatt said bookings for group business events have beaten pre-pandemic levels for the first time since the crisis began, reporting “remarkable pent up demand” as corporate offices start to fill up again.

Mark Hoplamazian, chief executive, told the Financial Times that despite cancellations because of the spread of Omicron, bookings for group meetings in January had been 14 per cent above the same point in 2019.

Corporate group bookings were among the earliest parts of the travel industry to be hit by the pandemic – with major conferences and events quickly canceled when Covid began to spread at the start of 2020 – and have been slow to recover from border closures and travel restrictions.

Hoplamazian said the part of the market that was still furthest behind was “business transient”, or individual business travelers, which had only recovered to 45 per cent of 2019 levels.

He also warned that Hyatt, which has 26 per cent of its hotel portfolio in Asia, had been hit by China’s zero Covid policy, which has involved strict quarantines and rapid local lockdowns and has particularly hit international demand.

Hyatt staff have tried to attract domestic Chinese guests by creating “staycation” packages, he said, and by setting up a platform on the social media platform WeChat to target marketing at local customers.

The results come after rival hotel groups Marriott and Hilton both reported forecast-beating earnings this week, thanks to high demand for leisure trips.

Despite its losses, Hyatt posted the highest rate of growth in its history in part thanks to its acquisition of luxury resort company Apple Leisure Group, which owns brands such as Zoetry and Sunscape, for $ 2.7bn in August last year.

Rival hotel executives have said that Hyatt overpaid but Richard Clarke, an analyst at Bernstein, said that while “it looked like a large amount of money for the number of hotel rooms [Hyatt] got. . . the value of these things is how much can you grow it by ”and how much Hyatt would be able to maximize the benefit of ALG’s package holiday business.

Hoplamazian said that the acquisition had “prescient if not perfect” timing as “leisure demand really, really exploded in the second half of last year”. He added that leisure trips were likely to continue to outpace business travel in the future as middle classes in developing countries became wealthier.

During 2021, ALG increased the number of hotel rooms under its brands by 32,000, according to a presentation due to be published to Hyatt investors on Wednesday. The company posted overall growth of 19.5 per cent, with room numbers growing to a total of 285,000. Leisure hotels now make up more than half of its portfolio, compared to some 45 per cent pre-pandemic.

Russia adds 7,000 troops to Ukraine border, despite claims it would withdraw some forces, U.S. says


UK to scrap ‘golden visas’ in crackdown on money laundering