I spent my entire career reporting on the world’s most powerful working mothers–but I am not prepared for maternity leave. Here’s why 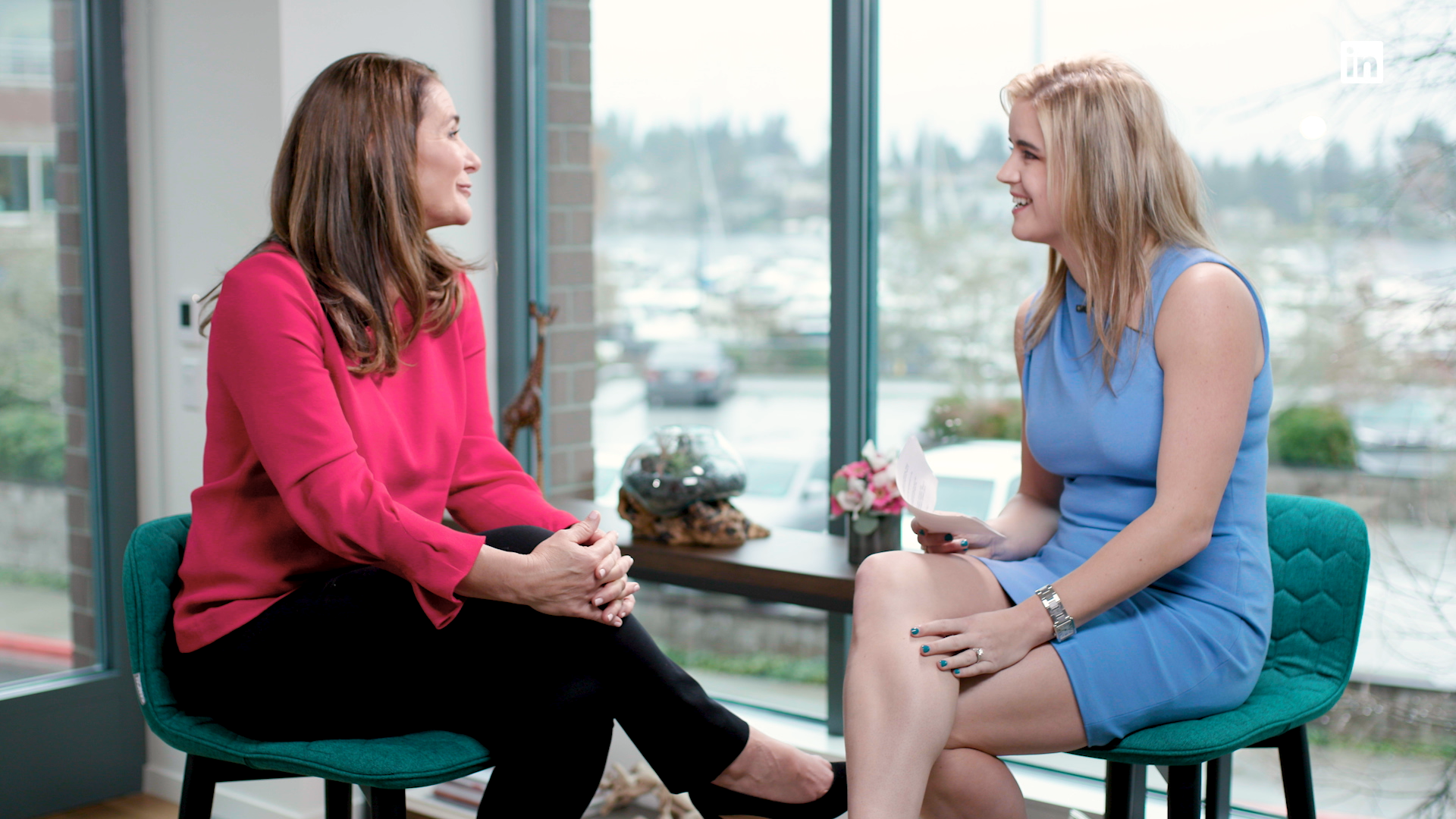 It’s March of 2020, a few days before a global pandemic turns the entire world on its head, and I’m sitting backstage in the green room of CBS This Morning.

With a cup of lukewarm coffee in hand, I strike up a conversation with the guest who is appearing before me. A travel expert going on to discuss rapid rises in airfare, he asks me what my segment is about.

“Working mothers,” I reply. “And the stigmas they face coming back to work after maternity leave.”

“Oh, how interesting,” he says. “How many children do you have?”

“None, actually,” I say. “I’ve just spoken to a lot of working mothers and we did a survey on it as well.”

He stares at me for a while before he is called by a producer to go on set.

People often presume that I am a mother. And the assumption makes sense. I’ve spent the last decade as a business journalist talking to some of the most powerful–and the most desperate–working mothers in America.

I’ve spoken with Melinda Gates, Indra Nooyi, and most of the recent female CEOs in the Fortune 500 about managing children alongside multi-billion-dollar businesses and philanthropies. I interviewed Sheryl Sandberg at the height of the “Lean In” days about how she climbed the corporate ladder while starting her family. And in 2014, I launched Fortune’s The Broadsheeta daily newsletter for and about the world’s most powerful women.

All of this work can be summarized by one big finding: The odds are heavily stacked against working mothers in America, especially those who take time off to take care of a child.

“What struck me about this issue is that it’s not a niche problem,” I told Gayle King that morning in 2020, referencing the more than 70% of women in the workforce who have children. “Why are companies still stumbling?”

As I prepare for my first maternity leave, here are six lessons I’ve learned along the way.

Get rooted in the facts

Reflections on the state of working motherhood reveal countless frustrating and irrefutable facts.

The widely held gender pay gap for women across industries expands for mothers. Beyond pay, moms on the job are continuously passed over for stretch assignments and promotions. All of this was exacerbated by the pandemic, when 1.8 million working women, primarily mothers, dropped out of the workforce.

And taking time off work to care for a new child–a life milestone I will embark on in a matter of weeks–leads to even greater career sacrifices for women. More than 60% of working mothers I surveyed with LinkedIn said they struggled to re-enter the workforce after a career break.

Information is where many journalists find comfort and peace. It’s what grounds our stories and informs our perspective. And yet, at 39 weeks pregnant and expecting my first child, I look back at my countless interviews, articles, and notes on the topic and feel neither of these emotions.

For the first time in my career, I reflect on my work and feel fear.

Confront your frustrations and fears

Those fears are rooted in the many hopes and dreams for the little one growing in my belly.

If we are blessed with a girl, I worry about the workplace she will enter even 20 years from now, given the lack of progress to date. And if we are lucky enough to have a boy, how can I possibly raise him to view his female peers as equals when there will be so many outside signals indicating the opposite?

But I’d be lying if I said that my fears are not also firmly planted in the dreams I have for myself.

As my own mother would tell you, I have had big aspirations for my career practically since coming out of the womb. My work has always played a critical role in my identity and happiness.

And I know I am not alone: ​​Millennial women are arguably more ambitious about their careers than any generation to date. Some 42% earn equal salaries to their partner or spouse–and nearly a quarter are the primary earners in their relationships.

This leaves me asking the question that presumably women on the precipice of motherhood have been asking for millennia: What happens to me when you, my baby, come into the picture?

Reshape what motherhood means in your own home

All the dreams I have will require all of us–my husband, my child, and myself–to work together.

My husband has always taken the lead on tasks like cooking, laundry, home repairs, and more.

But most women take on an outsized share of household and childcare chores, even when they are primary breadwinners, leading to burnout, stress, and sometimes, quitting work altogether.

Powerful women in business have been urging us to disrupt this reality for decades.

I took that belief to be a direct reflection of the inevitable commingling of our work and personal lives.

In 2021, the former CEO of PepsiCo Indra Nooyi took the concept even further. “We’re at a point now where men and women have to work together,” she told me in an interview. “Don’t just equate female with family.”

This means having conversations early and often with your partner about who is expected to do what once the baby arrives. These discussions can never be too specific: Talk about everything from large responsibilities like getting up in the middle of the night to console a crying baby to small tasks like emptying the dishwasher.

It also means getting real about what will get deprioritized in both of your lives. While women often take the lead in sacrificing personal passions once the family grows, having a partner who does the same has proven to improve the mental health of working mothers.

Shift how you discuss the demands of parenthood with your colleagues

Picking the right teammates and colleagues will be more important now than ever before in my career.

Having a supportive boss and team means everything for working parents: Simply being able to talk about the demands of parenthood on the job lowers the stigma of being a working mother.

“I’ve had some great bosses and some horrible ones. I was only ever anything close to being a great mom when I’ve had a great boss,” one single mom said aptly.

Despite the outside impact the pandemic had on working women, paid leave in this country is declining. Yes, companies are rolling back policies that were intended to support working mothers.

I work for a women-led and women-run organization that is doing the opposite, not just welcoming a pregnant woman like myself to join the leadership team at an early stage, but also giving her industry-leading time off to bond with her child . Working for like-minded leaders who understand the demands of parenthood goes a long way to ensure your long-term success within an organization.

If working with a supportive team and a manager who offers ample maternity leave is not an option right now, consider other possibilities.

What are the communication expectations from your manager while you are on leave? More than 50% of working mothers told us they engaged in work-related activities while on leave.

If staying plugged in while on leave is necessary, can you limit the number of channels you are expected to check and narrow down the project you need to stay up to date on?

Also, when you do return to the office after maternity leave, could you initially come back part-time before transitioning back fully? This arrangement allows women to ease back into work, without feeling the full demands of the job on the first day.

In my review of hundreds of interviews with experts and countless data sets on existing gender gaps, I realized that no progress will be made if we don’t culturally shift how we think about all of this.

Author Eve Rodsky famously put the spotlight on this reality with her debut novel turned documentary, Fair Play, asking women and men at every stage of their career to change the way they think about domestic life and parenting.

“Too many people are focused on equality in the workplace. We are not going to make any difference until we make a difference in our private life,” Rodsky told me. “Corporations are too afraid to touch it, though. Private life is like the third rail.”

“You have NO IDEA how much your life is about to change,” has become a common refrain my husband and I keep hearing since announcing our pregnancy in June.

And it’s true. Despite my life’s work, I enter motherhood as all do: knowing nothing.

But I do know all the above. And it’s enough for me to say that one of the first lessons I will teach my child is that information is power. And when that information isn’t exactly what we hoped it to be, it becomes even more important to share it, and share it widely.

Let’s all touch that third rail together.

Caroline Fairchild is editor in chief at BFF, a startup working to advance women working and earning in Web3. Previously, she was editor at large of LinkedIn’s global news team, leading editorial programming for professional women and difference in the workplace. Her work has been featured in Fortune, Bloomberg Businessweek, The New York Times, CNBC, CBS This Morning, CNN, Politico, Forbes, USA Today, HuffPost, and Recode.

Those are just the facts. Sacrificing financial gains and economic growth for politics only hurts taxpayers and their pensions.

Gavin Newsom is the governor of California.

The opinions expressed in Fortune.com commentary pieces are solely the views of their authors and do not necessarily reflect the opinions and beliefs of Fortune.