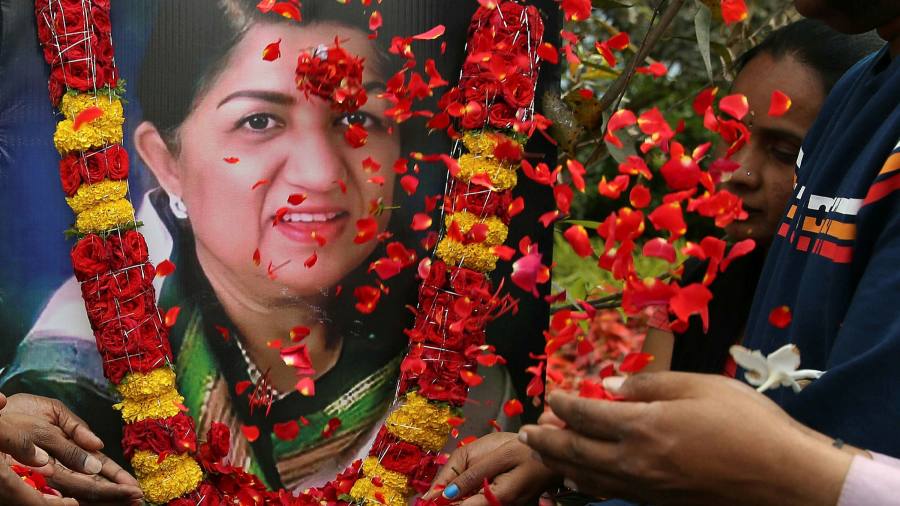 India has declared two days of national mourning after the death of singer Lata Mangeshkar, one of its most revered cultural figures of the 20th century, at the age of 92.

Mangeshkar, who recorded tens of thousands of songs and was the leading vocalist in Bollywood in a career that began in the 1940s, died in Mumbai on Sunday after being hospitalized last month with Covid-19. She had been placed on a ventilator as her condition deteriorated and suffered from multiple organ failure, according to local media.

The soprano was known as the “nightingale” of India for her distinctive, piercing voice, and was among the world’s most prolific singers.

Mangeshkar’s death prompted an outpouring of tributes and grief in India, with large crowds gathering outside the Mumbai hospital where she died and politicians and celebrities, including retired cricketing legend Sachin Tendulkar, traveling to her home to pay their respects.

Prime Minister Narendra Modi is due to travel to Mumbai for her state funeral on Sunday, according to ANI, the Indian news agency.

“I am anguished beyond words,” Modi wrote on Twitter. “She leaves a void in our nation that cannot be filled. The coming generations will remember her as a stalwart of Indian culture, whose melodious voice had an unparalleled ability to mesmerize people. ”

The Indian cricket team, who are playing the West Indies in Ahmedabad on Sunday, were to wear black armbands for the match.

I consider myself fortunate to have been a part of Lata Didi’s life. She always showered me with her love and blessings.

With her passing away, a part of me feels lost too.

She’ll always continue to live in our hearts through her music. pic.twitter.com/v5SK7q23hs

Mangeshkar was born in 1929 in the central city of Indore to a musical family and was trained in classical Indian singing. She moved to Mumbai in 1945 before making her debut as a playback artist in Bollywood, singing songs but rarely appearing on screen.

In Indian cinema, where the songs that accompany a film are often as important as the story itself, many of her tunes would go on to become more memorable than the movies in which they appeared.

Together with her younger sister Asha Bhosle, a star in her own right, she dominated Bollywood music in a career that lasted nearly as long as the history of independent India.

Mangeshkar received the Bharat Ratna, India’s highest honor, in 2001 and France’s Legion of Honor in 2009.