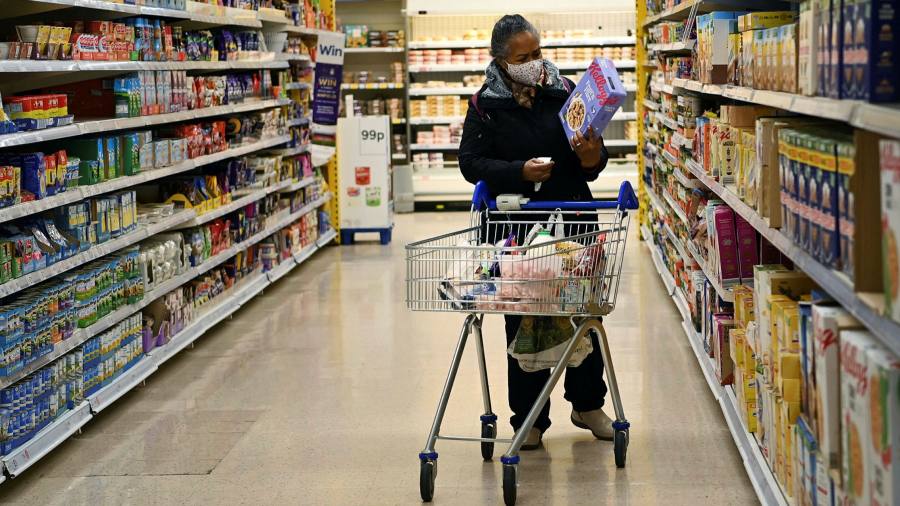 The writer is chief executive of the Resolution Foundation

This year is not being kind to the reputation of Britain’s institutions. Two months in, the police are already questioning the country’s elected – and unelected – leaders. But the cost-of-living catastrophe that will dominate 2022 will turn the heat on to our economic institutions. They are unlikely to emerge unscathed.

Prices rose 5.5 per cent in the year to January, the biggest rise in 30 years and one emerging with staggering speed (2021 dawned with inflation below 1 per cent). More staggering will be its impact: the Bank of England forecasts 2022 will see the deepest living standards squeeze on record.

The challenge this poses to policymakers is the final nail in the coffin of the backslapping consensus of the 2000s: BoE independence had abolished boom and bust, apparently ushering in a “Nice” (non-inflationary, consistently expansionary) economy.

The 2008 financial crisis taught us that busts were alive and well, but non-inflationary optimism lived on. Developed economies spent the 2010s wishing they could generate more inflation.

But non-inflationary isn’t what you’d call 2022, sparking worries that the Bank’s primary objective is under threat. Meanwhile the Treasury is struggling to help us get through a difficult year in part because of the pandemic’s damage to its own primary objective: the public finances.

Wrestling with easing households’ cost-of-living pain and a post-pandemic consolidation is far from easy. Rising inflation is pushing up debt interest costs by around £ 10bn for the financial year with the (discredited) retail price index, ludicrously still driving the cost of index-linked gilts, up 7.8 per cent in January.

Minimizing public spending while maximizing the universality of support explains Chancellor Rishi Sunak’s inadequate response to April’s £ 693 rise in energy bills. A £ 200 bill reduction this year, paid back via higher bills in future, is paired with a £ 150 council tax rebate for the 80 per cent of households in band A to D properties.

Near universal support means far too little for lower-income households, whose energy bills will now take up 10 per cent of their household budgets. The council tax rebate targets payments via 1990s property values, not 2022 incomes, leaving over 600,000 of the poorest third of households in England excluded. In April, benefits, recently cut by £ 1,000 a year for many, will rise by less than half the rate of inflation.

All price rises are harder for poorer households, but this rise will be a disaster because it is so focused on essential products that people have little scope to switch away from. If caviar gets expensive you do not buy it, but if gas does you buy less of everything else.

Hard-nosed Treasury mandarins will rightly note that they cannot prevent globally driven energy prices making the UK poorer. But the chancellor does have choices about who bears the pain and when. As the scale of the living standards hit of 2022 becomes clear I fear he will realize he’s made the wrong ones.

The BoE, meanwhile, faces the most difficult period for monetary policy since it was granted independence in 1997. Inflation is well above target and rising. Initially energy cost driven, price rises are now broadening out.

High inflation and low unemployment mean interest rates will need to rise, but how far depends on what happens to wages, not global energy prices. Here there is genuine uncertainty. Higher inflation did not automatically or swiftly feed through to higher wages during the last inflation spike in the early 2010s, but the labor market is much tighter today.

The BoE’s agents suggest a wage surge is coming, leading some to argue big further jumps in rates are needed. But the task is to avoid inflation getting entrenched without derailing the recovery, and there is nothing credibility-enhancing about hiking rates today only to cut them tomorrow. Wage growth in late 2021 was perfectly normal rather than spectacular, while neither advertised salaries nor wage settlements indicate that pay is spiraling out of control.

The recovery has been faster than expected, but rising inflation has already removed any sense of a boom. Consumer confidence has been falling since August, strengthening the case for gradual rate rises. Since we started inflation targeting there’s never been a year when incomes fell but interest rates ended the year higher than they started.

Anyone certain about how 2022 plays out needs a good dose of humility. These are hard questions for economic policymakers. But we should be certain about who faces the hardest questions of all: low and middle-income households.

This is what a cost-of-living disaster looks like and our economic institutions will be judged on whether they manage to navigate it successfully. They, and households right across Britain, should buckle up for a bumpy ride.