Investors brace for turbulence in US corporate bond market 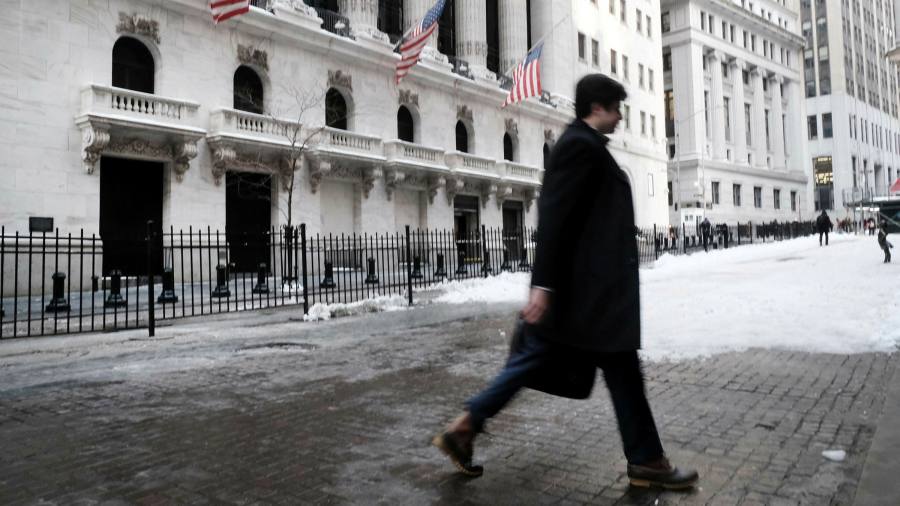 Investors have rushed into the derivatives market to protect corporate bond portfolios from a possible sell-off, as they grapple with the growing risk that the recent slump in stock prices will spread to companies’ debt.

Trades on a widely used index of low-rated credit default swaps, which allow investors to take out protection against companies defaulting on their debt, soared to $ 197bn in January, up from $ 123bn in December and the most since March 2020, according to International Swaps and Derivatives Association data.

“The market is a lot more nervous than it was at the start of the year,” said Viktor Hjort, global head of credit strategy at BNP Paribas.

Investors are worried that higher inflation is ushering in a period of tightening Federal Reserve policy, pushing up interest rates and hitting the valuation of riskier stocks and bonds.

So far, corporate bond markets have remained comparatively calm as stocks have sold off this year. The difference in yield between risky junk bonds and US Treasuries has yet to surpass levels in December, when Omicron fears surged, according to Ice Data Services. However, the activity in the derivatives markets shows that beneath the surface, investors are girding themselves for the possibility that wider cracks could still appear in credit as well.

Hjort said he believes the credit cycle has turned, meaning that the positive economic backdrop will no longer benefit corporate bond investors. Continued economic growth will encourage the Fed to tighten monetary policy and push companies into shareholder-friendly activities like mergers and capital expenditure, argues Hjort, both of which are likely to weigh on corporate bond prices.

As well as CDS indices, investors have turned to credit options, where contracts that expire soon – used to protect investors from the possibility of a near-term downturn in prices – have risen in value. “It’s a sign of acute risk aversion,” said Hjort.

Some of the largest exchange traded funds that track corporate bonds have also seen elevated short activity, according to data from Markit, a bet that also pays off if prices fall. Some bank traders said they had seen clients shifting hedges from equity markets to credit markets.

In another sign of bearishness, funds that buy US high-yield bonds have suffered outflows for four straight weeks, taking year-to-date withdrawals close to $ 11bn. On January 18, investors pulled $ 1.3bn from a widely watched high-yield exchange traded fund – known by its ticker HYG – marking its biggest one-day outflow since February 2020, according to Bloomberg data.

Ion Analytic pulled a bond deal from the market in January citing volatile market conditions, according to people familiar with the deal, highlighting the sense of nervousness in the market.

“We do not see that very often,” said one credit investor who had been briefed on the deal. “It’s a sign the money sloshing around looking for things to buy is low.”

Net positioning in credit default swap indices – the difference between those buying and selling – has moved markedly towards investors being short to guard against a fall in prices.

“It signals that more people are cutting risk and adding hedges,” said Calvin Vinitwatanakhun, a strategist at Citi.