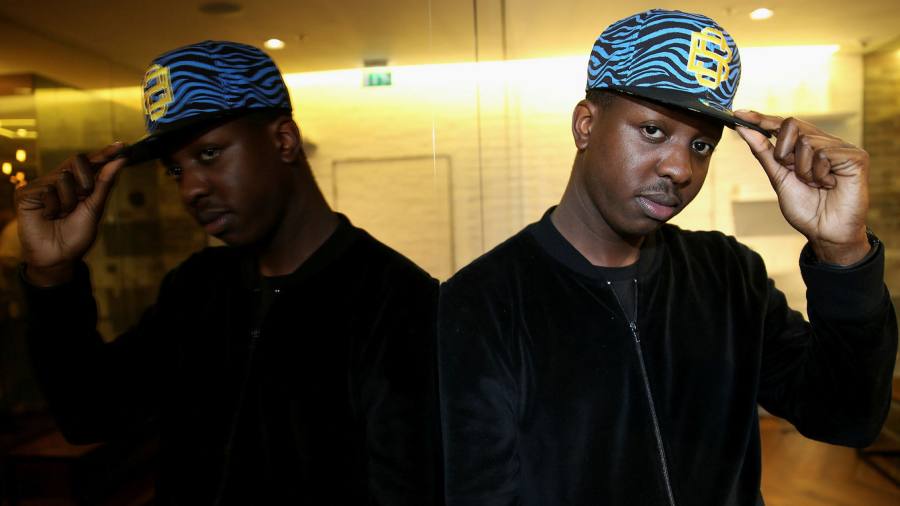 Jamal Edwards was a crucial figure in the most significant development in UK pop music over the past decade: the rise of black British artists to mainstream dominance. An entrepreneur of boundless energy and resolve, his death at the young age of 31 following an undisclosed illness has caused shock. Among those paying tribute has been London mayor Sadiq Khan, who lamented that UK music had “lost one of its brightest stars”, and the Prince of Wales and Duchess of Cornwall, who described him as “an inspiration for so many young people”.

“Whether you want to be a lawyer or a musician or a footballer, I want to help connect the dots,” Edwards told GQ Magazine in 2019. The first of his own dots came with the acquisition of a cheap mobile telephone with video capabilities when he was a teenager in Acton, west London. “I started filming wildlife in my back garden, foxes and things,” he explained. But then he switched to a different grassroots activity: his home city’s grime scene, London’s version of rap music.

With a showbiz background – his mother Brenda Edwards is a singer, West End actress and television personality – he took up rapping under the name SmokeyBarz. He also filmed other aspiring rappers and grime MCs, uploading the videos to a YouTube account that he named SBTV. Founded in 2006, when he was still at school, it became a significant platform for bringing unknown acts to a wider audience.

SBTV, named after Edwards’ SmokeyBarz rap handle, tapped into a newly forming market. In contrast to the comical videos of pets or people falling over that were proliferating across YouTube at the time, it anticipated the social media giant’s turn towards music streaming. The mobile phone that Edwards used to film rappers was mirrored by the smartphones with which people would watch his uploads as the channel’s viewership grew in the 2010s.

This mode of distribution emerged outside the workings of the traditional music industry. “Everyone was looking at me like ‘what are you doing, like you can compete with these major corporations’,” he said in 2014. Similarly, the acts who appeared on SBTV tended to lack record label support.

Grime, which formed in east London in the early 2000s, took root as an underground scene. There was sporadic recognition of its importance as a distinctive new form of black British music, such as Dizzee Rascal’s victory in the 2003 Mercury music prize for his album Boy in the Corner. But the genre was denied consistent industry support. It also faced police hostility, with gigs being frequently shut down or canceled under the aegis of a notorious licensing document that went by the Orwellian name of Form 696.

SBTV was part of a wider network that kept grime going, a loosely linked infrastructure of pirate radio stations, online broadcasters and raves. But Edwards’ YouTube channel was also a bridgehead towards the genre’s acceptance by the mainstream. In 2014, invited to Buckingham Palace at an event for inspirational young people, he posed with Princes William and Harry for what was billed as the first royal selfie. Later that year, he was awarded an MBE for services to music.

Although Edwards championed grime, a local music scene, he was no parochialist. His eye for talent crossed over into other genres. Rappers such as Stormzy and Dave made appearances as up-and-comers on SBTV. So did pop acts such as Jessie J and Emeli Sande. Edwards filmed Ed Sheeran performing his song “You Need Me, I Don’t Need You” in 2010, a year before the singer-songwriter’s first chart hit. It launched a close friendship between the pair.

In 2013, SBTV received an £ 8mn investment from the private equity firm Miroma. SBTV currently has more than 1.2mn followers and has had nearly 1bn views. Not content to rest on his laurels, Edwards used his YouTube success as a springboard for numerous other activities, from modeling clothes to running a record label and writing a best-selling book about self-belief. He created an SBTV news channel with the Press Association, spoke at schools and campaigned on issues such as men’s mental health.

Edwards combined entrepreneurial acuity with a keen sense of social justice. Schemes such as Jamal Edwards Delve, a charity providing youth clubs in his home borough of Ealing in London, showed that he never lost sight of the dots that connected him to his early life, back when he was a teenager filming rappers who struggled to get heard elsewhere.

Nato membership must remain an option for Ukraine, says Finland