Jancis Robinson on the appeal of online wine courses and TV 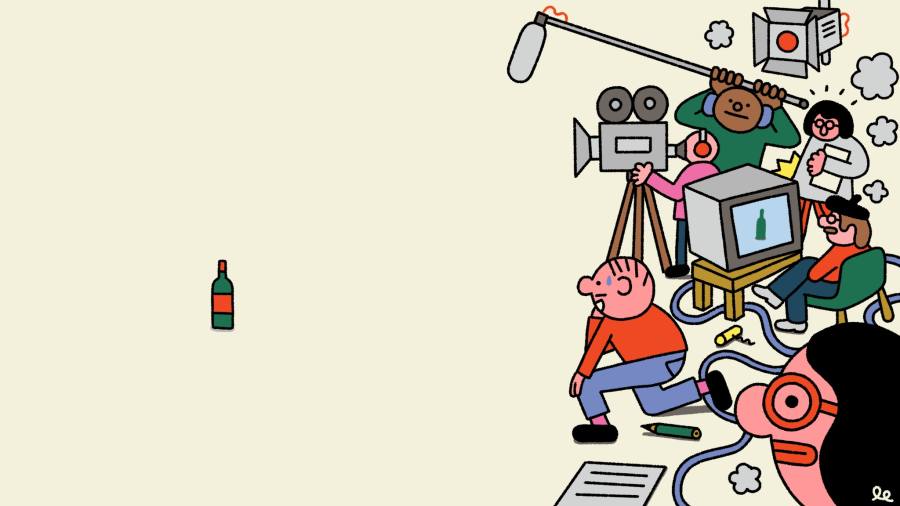 There was only one period in my life when I thought I knew everything there was to know about wine. In 1978, having been writing about wine for three years, I was awarded the Wine & Spirit Education Trust’s Diploma, the pinnacle of achievement for a wine student like me. “Right, that’s it,” I thought.

A publisher who had read a little article about me, then considered to be a strange beast as a young, female wine writer, asked me to write a book. I was cocky enough to accept the challenge. The result was a paperback in 1979, imaginatively titled The Wine Book, published by Fontana with an accompanying hardback by A&C Black. The subtitle was “A Straightforward Guide to Better Buying and Drinking for Less Money”, which I think would still appeal to many wine drinkers. The book, long out of print, was well reviewed.

Back then, the only way I could communicate was in print. I’d started a monthly newsletter, daringly called Drinker’s Digest, in 1977. The Consumers’ Association bought it in 1980 and turned it into the annual The “Which?” Wine Guide. That year I became wine correspondent of The Sunday Times.

But very soon another medium was to become interested in wine education: television. It would take longer for wine to find its way on to US screens, and in much of Europe a series about wine would have been as unlikely as one on potatoes. Yet the British had a thirst for wine and also for learning about it.

On July 6 1982 the first episode of Food and Drink aired on BBC2, based on a pilot that featured me and restaurant writer Fay Maschler. By then, I had been lured away from the project by a more ambitious wine-inspired show, The Wine Program.

It was an early Channel 4 offering hosted by me and filmed all over the world, with a crew of a size unimaginable today (two sound recordists, a hair and make-up artist, a production assistant, etc). The beauty of putting wine on the small screen was just that: we could show the beauty of wine country. The disadvantage of wine as a subject for TV became swiftly apparent: not much actually moves. Cameramen would pounce on bottling lines or barrel-makers with relief.

Unlike cookery programs, little transformation takes place in wine programs. To see real change, a crew would have to film over several months as opposed to minutes. All that really happens with wine is talking and tasting – and wine tasting is definitely not a spectator sport, unless the audience can somehow taste the same wines that appear on screen. No wonder then that subsequent TV programs have tended to introduce some element of competition and / or celebrity, such as the SOMM series in the US, which majored on blind tasting, and The Wine Show produced in the UK, themed around a pair of well-known actors jockeying for supremacy as connoisseurs.

In the age of the internet, wine education blossomed – and has thrived during lockdowns. Tutored online tastings, from small sample bottles, became quite a thing in 2020, a way for people sequestered in their homes to interact with others while honing their palates and learning a bit along the way. The wine-themed private members club 67 Pall Mall was one of the earliest and most active organizers of such events. When it could no longer welcome members physically to its London premises, it did its best to serve their needs, depleting its cellar and providing employment for the sommeliers charged with filling and dispatching these little bottles.

Most recently I’ve been involved with a new form of education, the complete online course. The BBC has launched a series of them, on subjects as diverse as dog training (hosted by Steve Mann), songwriting (Gary Barlow), business success (Peter Jones), writing children’s books (David Walliams) and no fewer than five cookery courses .

I was first approached by the managing director of BBC Maestro, Michael Levine, in June 2020, and we decided to film that year’s northern hemisphere grape harvest in September. (One of the great limitations on filming anything to do with wine production is that it only happens once a year.) The pandemic put paid to that idea.

But we did manage to catch the 2021 harvest in Burgundy, anxiously watching a weather forecast that suggested the only days the crew (much reduced from the 1982 model) could manage would coincide with clouds and rain. In the end, we were blessed by a rare period of bright sunshine and I, for one, felt thoroughly infected by the euphoria of the grape harvest. There were picnic lunches, songs, rippling muscles, the pleasing rhythm of secateurs / bucket / picking-bin / truck and the scent of grape juice and carbon dioxide in the cellars. Filming in the vineyards of Morey-St-Denis, I bumped into two vignerons of my acquaintance, giving the entirely false impression that I am well embedded in Burgundian society.

But the bulk of the course was filmed at a rented house in north-west London. The walls were mainly glass, which had to be blacked out. We had to ensure we had all the props in situ – though I seem to remember someone dashing off to the nearest John Lewis to get the right white tablecloth to check a wine’s color against. This meant not just enough glasses and wine paraphernalia but a bevy of bottles stacked up on the sideboard, some from my cellar, some bought in.

The scope of the wines themselves was so much wider than when I first attempted to teach people about wine in 1979. As with The Wine Book, my course begins with the wine in your glass and how to taste it. But when I look at the “Wine Directory” section of The Wine Book, I see that I allotted 47 pages to “The still, light wines of France” and only 39 to “The still, light wines of the rest of the world”. Shocking! New Zealand was given just five lines in which hybrids were mentioned but not Sauvignon Blanc.

Prosecco does not even feature in the index, although I did write: “Prosecco is a fruity sparkling wine that can be a bit stale on the nose.” Interestingly, a little further down the same page, I noted: “English winemakers at Pilton Manor in Somerset and Felstar in Essex are experimenting with the Champeno method. ” This was almost 10 years before vines went into the ground at Nyetimber, the first successful producer of an English copy of champagne.

The wines featured in my course include natural and orange wines (of course), pet-nats (slightly sparkling wines stoppered with a crown cap), one of the new Corpinnat Spanish fizzes, a New Zealand Sauvignon Blanc (the world’s most successful wine export ), Ridge’s Sonoma field blend labeled Geyserville, wines in cans and bottles made of paper and recycled plastic. One of my most pleasing finds, in my eco-inspired attempt to convince wine drinkers that top wines do not necessarily come in heavy bottles, was an empty bottle of Ch Latour 1982 on our sideboard that weighs only 565g (as opposed to the bottle of Provençal rosé Les Clans 2020 that weighs almost a kilo – though the producer Sacha Lichine swears he will be mending his ways).

The course comprises nearly six hours of screen time split into 25 lessons, as well as 40,000 words of course notes put together with the help of my fellow Master of Wine Jane Skilton. That’s almost as long as The Wine Book.

Some of these run online courses too


China moves to counter India with arms sales to Pakistan