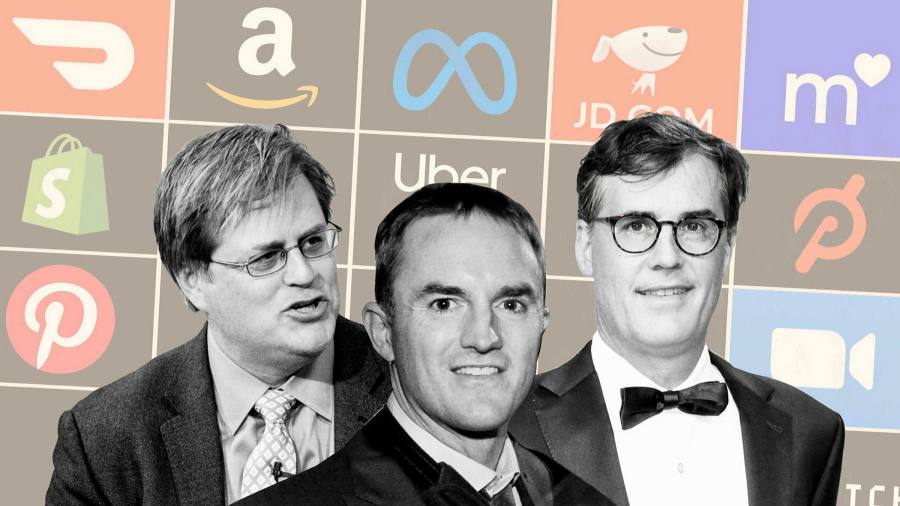 One scoop to start: BlackRockthe world’s largest asset manager, has taken about $ 17bn in losses on its Russian securities holdings because of the attack on Ukraine, showing the broad impact of sanctions and closed markets.

Welcome to FT Asset Management, our weekly newsletter on the movers and shakers behind a multitrillion-dollar global industry. This article is an on-site version of the newsletter. Sign up here to get it sent straight to your inbox every Monday.

Does the format, content and tone work for you? Let me know: harriet.agnew@ft.com

Tech investor Michael Moritz is outraged that proxy adviser Institutional Shareholder Services dared to question the $ 99mn that Apple planned to pay its chief executive Tim Cook for 2021. After all, total shareholder returns under Cook now exceed 1,000 per cent. The Sequoia Capital partner is even angrier that more than a third of the company’s shareholders then voted against the pay and bonus package at its annual meeting last month.

In Moritz’s view, that proves that ISS has too much power and shareholders are too willing to follow its advice. He wrote in this week’s FT opinion section that “ISS’s opinions are about as credible as those rendered by Moody’s, Standard & Poor‘true Fitch before the 2008 subprime crisis ”because the service sells advice on too many companies and offers so many other services that its views are inherently conflicted. In practice, it is both “judge and jury for the actions of the corporate world,” says Moritz.

He is not the only one. Industry groups representing big companies have long moaned that recommendations from ISS and rival Glass Lewis carry too much weight with shareholders when it comes to proxy votes on pay, the environment and other controversial issues, writes my colleague Brooke Masters in New York. They say they want fund managers to do their own research, but some clearly long for the days when investors simply rubber-stamped management decisions.

During Donald Trump‘s administration, corporate lobbyists convinced the Securities and Exchange Commission to adopt new restrictions on proxy advisers. But the current chair Gary Gensler has turned the tables, saying last summer that his SEC will not enforce those rules and may instead rewrite them.

That leaves ISS free to sell advice, and shareholders free to take it. Or not. Cook got his money after all, which suggests that most Apple investors felt able to make their own calls.

Are the proxy advisers inherently conflicted? Email me: harriet.agnew@ft.com

A group of hedge funds tracing their roots back to Julian Robertson‘s legendary Tiger Management have been among the biggest winners from the huge gains in technology stocks in recent years. Could they now find themselves on the wrong side of a painful bear market?

“Tiger cubs” such as Chase Coleman‘s Tiger Global spirit Philippe Laffont‘s Coatue Management have had the perfect strategy to profit from the lengthy equity bull market – pick companies that may appear expensive on traditional valuation metrics but which boast impressive growth prospects.

That has earned them knockout profits – such as Coatue’s 65 per cent gain in 2020 – and placed them among the best-performing managers of all time. Hefty portfolios of private companies have also helped and given them early access to some of the most exciting tech companies around.

Coleman’s Tiger Global epitomises their success. The group has come a long way since it started life in early 2001 in Tiger Management’s offices, growing to manage a staggering $ 90bn in assets. The velocity at which its vast private equity business, which makes roughly one investment a day, puts money to work is changing the face of the venture capital industry. And now its partners are investing $ 1bn of their own money into funds that back the youngest start-ups, to give the fund exposure to companies it could invest in later, The Information recently reported.

That is hitting some of the cubs, a number of whom have backed a similar group of tech stocks, according to this analysis by Laurence Fletcher spirit Akila Quinio. The chart below illustrates the scope of their overlap:

Amid a sell-off in tech stocks this year, many Tiger cubs have been left nursing losses. Some stocks have proved particularly painful. Funds including Tiger Global, Coatue and D1 have been backers of connected fitness company Peloton Interactive, whose shares have tumbled from more than $ 170 early last year to less than $ 25. Product recalls, missed targets and a Peloton bike’s ill-fated cameo appearance in the Sex and the City reboot have not helped.

Now investors are asking questions about the Tiger cubs’ venture capital positions and how they are valued. If the bear market in tech has further to run, and privately held positions have further to fall, then the “wicked, wicked punishment” could last for some time.

Chart of the week

China’s leading stainless steel producer is at the center of a surge in nickel prices, after its wager that the price would fall collided with a rally in the metal sparked by the war in Ukraine, resulting in a vicious short squeeze and forcing it to buy contracts linked to the metal in huge volumes. Nickel prices briefly rose above a record $ 100,000 a tonne on Tuesday as banks and brokers rushed to close part of a huge position amassed by Xiang Guangdathe billionaire founder of China’s leading stainless steel producer Tsingshan Holding Group. Now Beijing is exploring a plan to rescue the billionaire after his bet backfired.

Do not miss this inside story by Philip Stafford spirit Robin Wigglesworth on how the almost 150-year-old London Metal Exchange brought global nickel trading to a halt.

Confusion in the Russian bond markets. Foreign investors, who hold some $ 21bn of Russian foreign-currency corporate debt, have been left guessing after energy groups Gazprom spirit Rosneft repaid their bonds in full, but analysts do not know whether other Russian borrowers will pay up.

Pierre Andurand is among a group of hedge fund managers who have notched up sharp gains in recent weeks as fears of global supply disruptions sent commodity prices soaring to their highest level in 14 years.

Following a change of course by Swedish financial group SEB bank, which overturned a sustainability policy that excluded defense stocks from its funds, Peggy Hollinger examines how the Ukraine war has prompted an investor rethink of ESG and the defense sector.

Pimco had amassed at least $ 2.5bn worth of positions in Russian debt before the invasion, including direct holdings and derivatives bets, leaving the asset manager vulnerable to the economic fallout from Vladimir Putin‘s invasion of Ukraine.

One of the US’s biggest public pension schemes, the $ 319bn California State Teachers’ Retirement System (Calstrs), has rejected efforts by state legislators to force it to dump its holdings in fossil fuel companies, warning that such demands go against the interest of its savers.

After his $ 200mn investment in Forbes, Changpeng “CZ” Zhaothe chief executive of sprawling crypto exchange Binance, is plotting a spree of M&A across sectors including retail, ecommerce and gaming. It’s a strategy designed to push those industries to embrace crypto.

At what point does the slump in US technology stocks this year start to look like a fully fledged repeat of the dotcom crash? Robin Wigglesworth argues that the relative resilience of Big Tech is obscuring the extent of the damage.

The $ 177bn Ontario Teachers’ Pension Plan has snapped up a stake in London fintech Lendableleading a £ 210mn funding round, as Canada’s largest single-profession pension fund deepens its push into private markets.

M&Gthe £ 370bn UK manager, has turned the tide on years of outflows, eking out some modest inflows in 2021 after cutting fees and shaking up its retail business.

Several of the big-name asset managers that failed to sign up on the UK’s influential stewardship code last year, including Schroders and State Street Global Advisorshave now joined the list. JPMorgan Asset Management and others remain absent.

Shrouded in layers of speculation and folklore, the ancient stone circle of Stonehenge has spurred myths and legends that persist today. This exhibition at the British Museum sets out to reveal the secrets of Stonehenge, shining a light on its purpose, cultural power and the people that created it.

Thanks for reading. If you have friends or colleagues who might enjoy this newsletter, please forward it to them. Sign up here

We would love to hear your feedback and comments about this newsletter. Email me at harriet.agnew@ft.com

Due Diligence – Top stories from the world of corporate finance. Sign up here

The Week Ahead – Start every week with a preview of what’s on the agenda. Sign up here