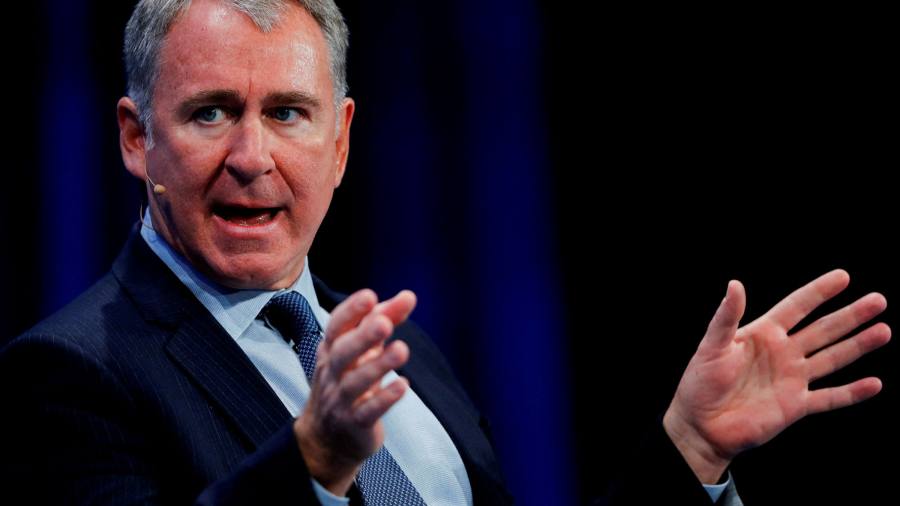 Ken Griffin’s Citadel has emerged as one of the biggest hedge fund winners since January’s turmoil in the financial markets.

The company, which manages $ 43 billion in assets as one of the industry’s largest players, gained 4.7 percent last month in its flagship fund, according to a person who had reviewed its performance data. Citadel’s global fixed income fund, meanwhile, rose by 4.9 per cent.

The US S&P 500 stock index fell 5.3 percent during the month, after at one point being heading for the worst January ever. The decline came as investors dumped technology and other stocks that had been richly valued during the big rally from the lows of the pandemic that hit in March 2020.

Hedge funds lost an average of 1.5 percent last month, according to data group HFR, their largest monthly loss since the beginning of the pandemic. Funds that invested in equities performed worse with a fall of 2.1 per cent.

Citadel is one of a series of so-called multi-strategy funds that employ several teams of traders across a range of investment styles.

Such funds have been among the biggest winners during the pandemic, as their broad diversification across asset classes and their ability to rapidly increase their efforts when markets move in their favor but cut positions when conditions are sour have helped them to navigate a series of major market upheavals.

Citadel, which made money across all of its strategies last month, earned 24.5 percent in 2020, while last year it won 26.3 percent.

Rival Millennium International, meanwhile, rose about 1.7 percent last month, according to people who had reviewed the fund’s performance data. It made 13 percent last year and 25.6 percent in 2020, its best performance in two decades.

Citadel’s profit last year was $ 8.2 billion. in dollar gains for investors, according to research from LCH Investments, leaving billionaire Griffin’s Citadel as the second-best-performing manager ever, behind Ray Dalios Bridgewater.

The huge gains that multi-strategy funds have fueled a vicious talent war in the sector, which has pushed payments to top traders soaring. Payments simply to compensate merchants when they leave a rival can now reach $ 10 million and sometimes as much as $ 20 million.

Last month, the Financial Times reported that Canadian investment giant Brookfield was expanding its multi-strategic hedge fund business to Europe, pitting it against people like Citadel and Millennium in the region.