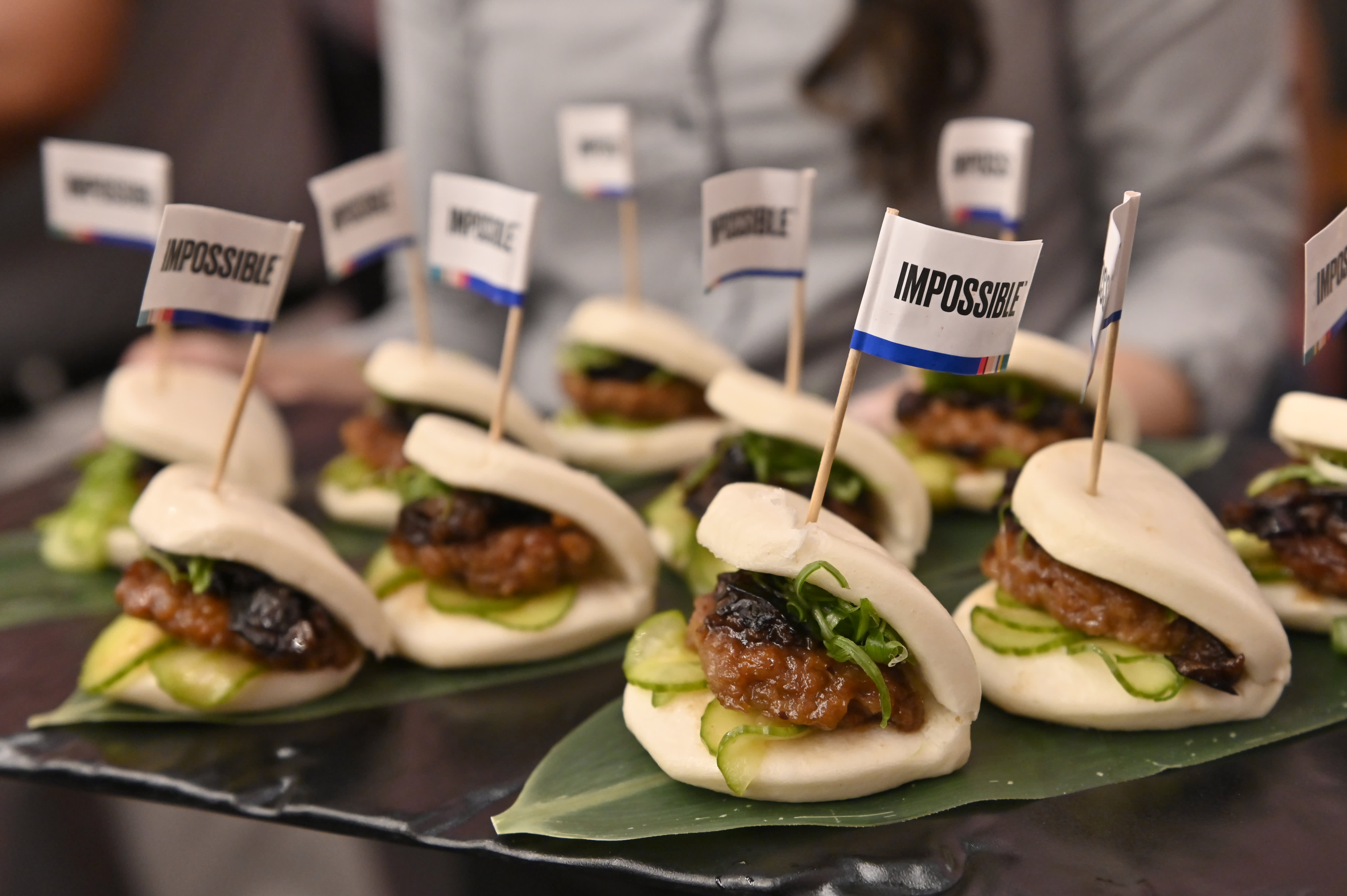 Kroger announced Friday at an investor event that it has partnered with Impossible Foods to create meat substitutes for its private label business.

Shares of Impossible’s rival Beyond Meat tumbled 7% in afternoon trading. The stock has fallen 68% in the last 12 months, dragging its market value down to $ 2.72 billion.

Credit Suisse analyst Robert Moskow wrote in a Friday note to clients that the partnership could be a threat to Beyond.

“We view this test as a threat to Beyond Meat because it demonstrates the willingness of a big competitor to ‘margin down’ into co-branded private label products in order to maximize the reach of its products,” he wrote.

Moscow compared the test to the co-branding strategy that Costco’s Kirkland line uses for fresh meat with large suppliers like Tyson Foods. Those products have both Kirkland’s and Tyson’s logos on their packaging.

The partnership could introduce meat alternatives to more consumers, particularly those who are more price sensitive. Both Beyond and Impossible are pushing to achieve price parity with animal meat, which could attract more shoppers to eat their versions instead. Rising costs for meat in recent months have helped both companies draw closer to that goal.

Kroger has already dabbled in private label plant-based meat. The retailer, which is the largest US supermarket chain, released a beef alternative in 2020 under its Simple Truth brand. It has since released meatless turkey slices, plant-based chicken patties and other meat substitutes.

A representative for Impossible did not immediately respond to CNBC’s request for comment.

Impossible is privately held, so it does not have to share its financial results publicly. However, Reuters reported nearly a year ago that the startup was exploring going public through an initial public offering or special purpose acquisition company within the next year.