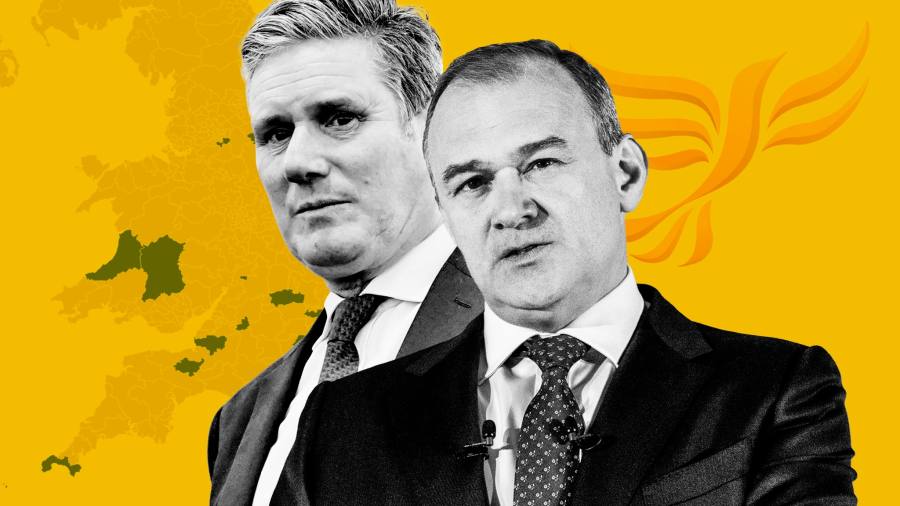 Labor will fight only a minimal campaign in most of the Liberal Democrat party’s top 30 target seats at the UK’s next general election, in an informal Lib-Lab plan to topple the Conservatives.

Sir Keir Starmer, Labor leader, has told colleagues that his party must “ruthlessly focus” resources on its target seats in the vote – which must be held by 2024 – leaving the Lib Dems as the main challengers in some seats.

Starmer’s allies say that none of Labor’s top target seats features on the Lib Dems’ list of top 30 target seats. “If both parties put resources into where they are most likely to win, you end up with more Labor seats and more Lib Dem seats,” said one.

Starmer is focused on winning an outright majority in the general election but it is a daunting challenge: only two years ago Labor suffered its worst election result since 1935. It would need to gain over 125 seats to reach the 326 seats needed to form a government .

Tory strategists are worried by the Lib Dem threat in their southern and rural heartlands – the “blue wall” – following shock wins by Sir Ed Davey’s party in last year’s Chesham and Amersham and North Shropshire by-elections.

The informal Lib-Lab non-aggression pact taking shape would leave the Lib Dems to lead the anti-Tory fight in many southern seats, while Labor would focus on winning back “red wall” seats in the north and midlands.

Rachel Reeves, shadow chancellor, told the Financial Times last month that Labor would field candidates in every seat, and that in most of them it stood the best chance of beating the Conservatives.

She said for many voters, the priority was removing the Tories from office: “If in some seats that means voting Lib Dem, a lot of people will vote Lib Dem.”

Recent by-elections have seen Labor and the Lib Dems marshalling resources in those seats where they are best placed to beat the Conservatives. In some Labor by-election fights, such as Batley and Spen, the Lib Dem campaign was virtually invisible.

In North Shropshire, the Lib Dems secured a 34 per cent swing from the Tories in December; Starmer did not visit the seat. Labor gave the Lib Dems a similarly clear run in last year’s Chesham and Amersham contest.

“If Labor and the Liberal Democrats spend all their time and money trying to beat each other it’s really not good for progressive politics,” argued one Lib Dem strategist. “We need to fight in the areas where we can win and that is the overwhelming priority.”

Of the top 30 Lib Dem target seats at the next election – according to size of swing required to take them – 26 are Conservative-held, 22 of them in the south. The Scottish National party and Plaid Cymru represent one each.

On that list Labor will only fight the Lib Dems tooth and nail in the university constituencies of Sheffield Hallam and Cambridge – Labor seats where the two parties are in a dogfight.

If the Lib Dems were to win 15 of their target Tory seats, it would reduce the current 77-seat Conservative majority by 30, considerably reducing the scale of the challenge facing Starmer in clawing his way to power.

Meanwhile Labor shadow ministers and their Lib Dem counterparts are getting to know each other informally in the event that the two parties have to work together in a hung parliament.

Davey’s party was burnt by its experience in coalition with the Conservatives from 2010-15 but could be open to a less ambitious agreement with Labor, including a Lib Dem demand for electoral reform.

“We can not be in a position like we were in 2010 when we barely knew each other,” said one Labor shadow cabinet member.

In 2010, former Labor Prime Minister Gordon Brown’s efforts to do a deal with the Lib Dems were undermined by his dislike for the third party.

A post-election deal in a hung parliament between Starmer and Davey should be easier, given that both have said their mission is to drive Boris Johnson and the Conservatives out of power.

One senior adviser to Davey said: “I do not think we could sell a coalition to our party.” Instead post-election discussions would more likely focus on a “confidence and supply” deal where the Lib Dems would agree to prop up a Labor government and support its Budget in exchange for specific policies. 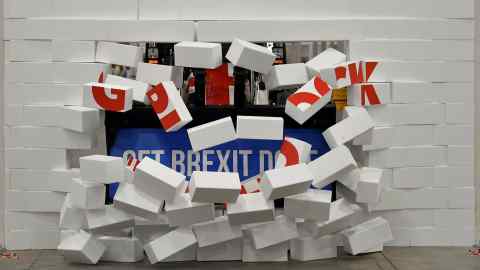 “You might consider a stable confidence and supply deal with a price – and that has to be electoral reform. We are trying to get Labor to think about that now, ”the adviser said. The Con-Lib coalition’s attempt at modest electoral reform was rejected in a referendum in 2011.

In 2020 during the Labor leadership contest, Starmer backed a constitutional convention, adding: “I also think on electoral reform, we’ve got to address the fact that millions of people vote in safe seats and they feel their vote does not count. ”

Some Conservatives can see the risk of fighting the election on two fronts against Labor and the Lib Dems. “Conservative voters and Lib Dem voters are not too dissimilar and the Tories have grown increasingly aware of that,” said one senior Tory MP.

“There is a certain type of voter who will feel alienated by ‘partygate’ and the emphasis on red wall voters – there is the worry that they might just switch to the Lib Dems,” said the MP.

A Lib Dem spokesperson said: “We are planning to stand in every seat and selecting at pace, particularly in the blue wall seats where Conservative MPs are vulnerable. We are second to them in 90 seats. ”