Labour calls for probe into peerage for Russian businessman 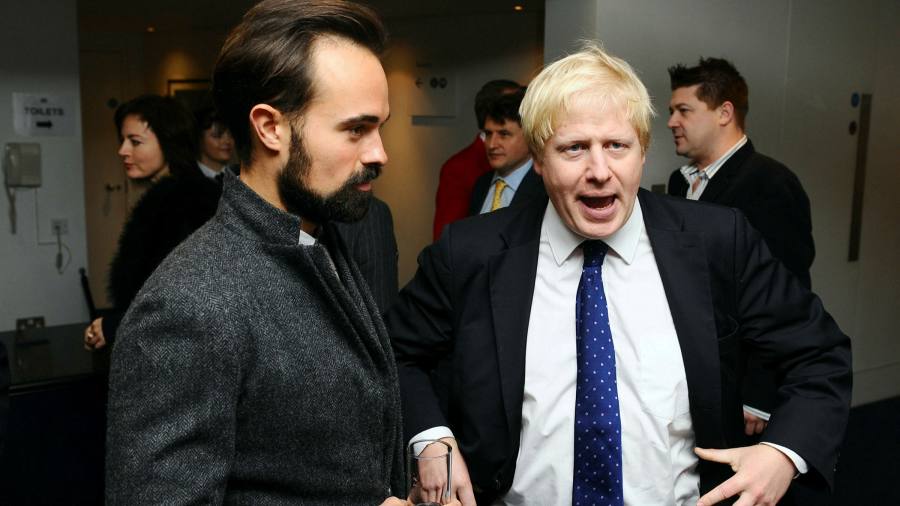 The Labor party on Sunday called for an investigation into Boris Johnson’s nomination of Russian businessman Lord Evgeny Lebedev for a peerage.

Labor leader Sir Keir Starmer wrote to Lord Paul Bew, chair of the House of Lords appointments commission, to ask him to “make available to the public the vetting advice provided” on Lebedev’s peerage.

The Sunday Times reported the UK intelligence services in 2020 warned against granting a peerage for Lebedev, a close friend of the prime minister and proprietor of the Evening Standard newspaper, on national security grounds.

Lebedev is the son of Alexander Lebedev, a billionaire former banker and KGB agent.

The Sunday Times reported that in 2013 Sir John Sawers, then head of MI6, declined to meet Evgeny Lebedev at a lunch with one of his newspaper editors.

When Lebedev was put forward for a peerage by Johnson in 2019, the newspaper said the House of Lords appointments commission advised against the nomination.

Johnson reportedly said any objections to Lebedev being nominated for a peerage constituted “anti-Russianism”. Lebedev took up his seat in the Lords in 2020.

Lebedev has been criticized by Labor for past comments that appeared to echo arguments used by Russian President Vladimir Putin, who he has praised multiple times.

He told the BBC that Crimea was part of Russia “for many years” and the situation was “very complicated”. He called on western governments to “stop cold war rhetoric”.

In 2013, Lebedev tweeted a newspaper article that suggested Russia was not responsible for the murder of former KGB agent Alexander Litvinenko.

He said: “Was Litvinenko murdered by MI6? . . . Certainly more to it than the generally accepted Putin link. ”

In 2016, a UK public inquiry found that Putin “probably” approved the murder of Litvinenko with a radioactive poison in London.

Starmer said in his letter to Bew: “It is important that the money and influence of those who support the barbarity of the Putin regime is removed from our politics. In such extraordinary circumstances, it seems only appropriate that all advice to the prime minister on the vetting process for Lord Lebedev is made available for public review. ”

Starmer told Sky News that Johnson had “serious questions to answer” about what advice he received on Lebedev’s peerage.

“This is a question of national security, let’s just have a process to look into what actually happened,” he said.

Lebedev’s spokesperson did not respond to a request for comment. On Friday, he released a statement to the Evening Standard saying he was not an “agent of Russia” or a security risk. He has previously called on Putin to halt military action in Ukraine.

The government said: “All individuals nominated for a peerage are done so in recognition of their contribution to society and all peerages are vetted by the House of Lords appointments commission.”

Whitehall insiders said that Lebedev was nominated for a peerage “in recognition of his contribution to society and public service”, including his charity work, and his campaigns on poverty in London and AIDS.


Banks told to provide information on oligarchs under sanctions