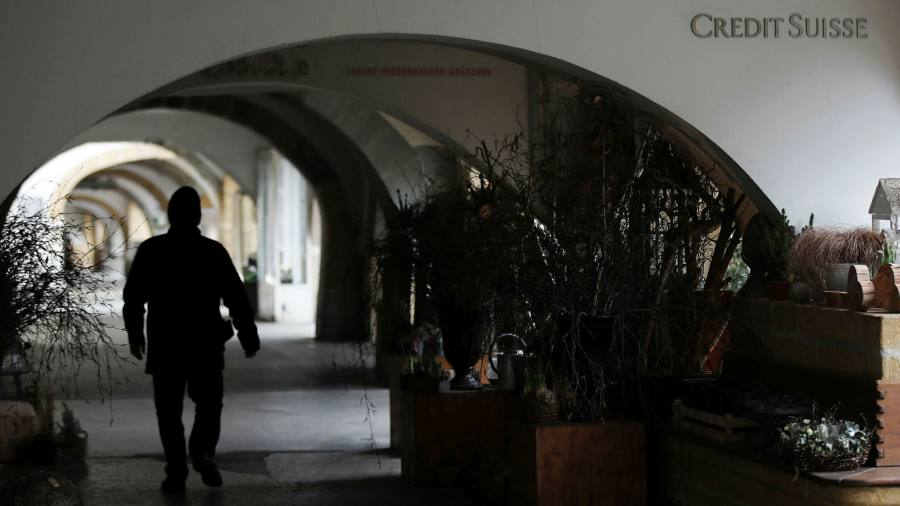 Credit Suisse became the first Swiss bank in the country’s history to respond to criminal charges on Monday with the opening of a case involving millions of euros in allegedly laundered drug money.

At the heart of the trial are allegations described in a 500-page indictment about the bank’s handling of funds for a Bulgarian mafia between 2004 and 2008.

The indictment accuses the bank of not adequately questioning the source of the funds or carrying out proper checks on its customers – first and foremost a former professional wrestler, Evelin Banev, who spearheaded a major European cocaine smuggling operation.

Prosecutors told the judges that they are demanding SFr42mn (€ 40mn) in fines from the bank.

A former relationship manager at Credit Suisse, who has now left, is named as co-defendant.

Prosecutors allege that she regularly collected suitcases of cash worth more than € 500,000 from people in Banev’s circle, including from a client who was shot and killed outside a restaurant in Sofia in 2005.

Banev and other Bulgarian customers’ contacts with the bank appeared to be deliberately arranged to avoid triggering internal warnings about money laundering, prosecutors claim. “[There were] strong indications of the criminal origin of the funds, ”the indictment states.

“Credit Suisse unreservedly rejects all allegations in this inheritance case brought against it and is convinced that its former employee is innocent,” the bank said in a statement. “The bank will defend itself strongly in court.”

The identity of the relationship administrator cannot be disclosed under Swiss law.

Her lawyer, Grégoire Mangeat, told the Financial Times that his client was “upset” over the charges and was unfairly targeted to ease the case against Credit Suisse and the prosecutor’s eagerness to win a case against one of the country’s largest financial institutions. “We will ask for her complete and utter acquittal,” he said.

Banev was convicted of drug smuggling in Italy in 2017 and money laundering in Bulgaria in 2018. He is not charged in the Swiss case. After disappearing, he was arrested last year in Ukraine and faces extradition to Romania and Bulgaria to be charged with further criminal charges.

Credit Suisse, 166 years old, is considered by many in Switzerland as a national institution. But it has recently struggled with crises, ranging from its involvement with Greensill Capital and the family office Archegos to the resignation of its chairman António Horta-Osório after less than a year due to breaches of the Covid-19 quarantine rules.

No Swiss bank has ever been found guilty of criminal offenses in Switzerland – a prosecution that would fall under section 102 of the Swiss Penal Code, which sets out the specific circumstances under which a company may be held criminally liable.

In December, the now defunct Abu Dhabi-owned Falcon bank, which had operations in Switzerland, became the first bank ever found guilty under section 102 of money laundering offenses.

The trial, in the southern town of Bellinzona, is scheduled to continue until March.