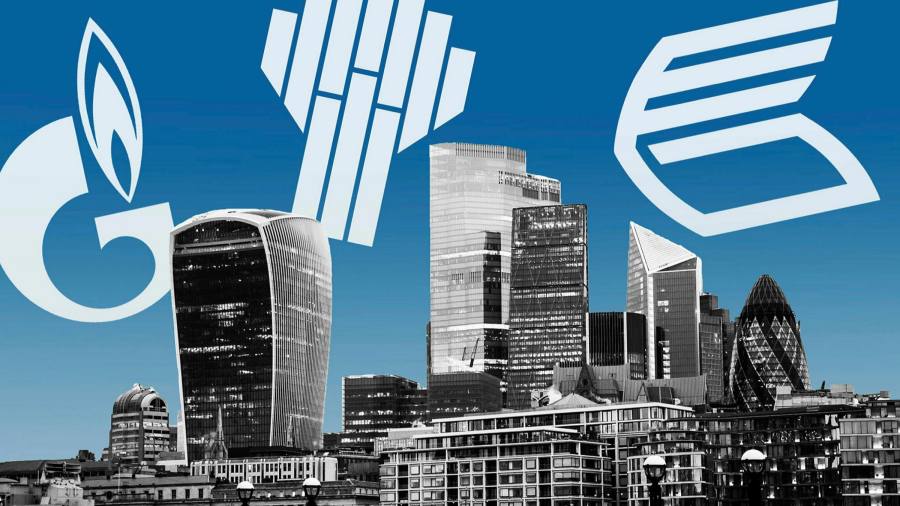 City of London lawyers have moved quickly to sever ties with Kremlin-linked groups and oligarchs accused of propping up the Putin regime, ending what has been a lucrative business for decades.

Other City outfits have been on hand to litigate blockbuster civil disputes brought by Russian businessmen drawn to the English legal system and its claimant-friendly libel laws.

Having generated billions in legal fees from Russian business, international law firms now face intense pressure from their staff and politicians to distance themselves from Kremlin-linked companies and individuals, whether sanctioned or not.

On Friday Linklaters became the first major international firm to exit Russia. In a statement the firm said it was closing its Moscow office and would not “act for individuals or entities that are controlled by, or under the influence of, the Russian state, or connected with the current Russian regime, wherever they are in the world . ”

The update came days after Allen & Overy said it would “refuse new instructions and stop all Russia-linked work that goes against our values”, and rival Freshfields Bruckhaus Deringer and others pledged to review Russian mandates.

Freshfields axed Gazprom-owned Nord Stream 2 as a client, according to one person with knowledge of the internal decision making.

The firm said it could not provide details on specific clients but had “acted swiftly” to comply with sanctions “irrespective of the business impact”.

Baker McKenzie, a Chicago-based firm that advises the Russian government, said it was “exiting [some] relationships completely ”- although confidentiality prevented it from saying which. Baker McKenzie has more than 90 lawyers in Russia and also advises Russian arms maker Rostec – which was placed under sanctions in 2014 that relate to the issuance of new debt.

“Apart from commercial and reputational risks, there is also the ESG risk,” she added, “particularly the human rights implications of Russia’s invasion of Ukraine. . . it’s crucial that law firm leaders get this judgment call right. ”

The firms behind the deals

US law firm, Cleary Gottlieb Steen & Hamilton, has been more active on large M&A deals involving sanctioned Russian companies than any other law firm since 2010, according to data from Refinitiv.

The group, which was among the first to enter Moscow in 1991, acted on almost $ 70bn worth of deals involving at least one of a group of 14 Russian companies between 2010 and 2022 now covered by western sanctions.

The firm, which has advised energy groups Rosneft and Gazprom, was not always acting for the Russian party in those deals. It said in a statement that it was “complying with all applicable sanctions.”

Linklaters has advised on the most M&A involving Russian groups – whether sanctioned or not – according to Refinitiv, acting on 93 deals worth about $ 127bn in some capacity.

Between 2005 and 2021, Linklaters also advised bookrunners on 17 London or joint London / Moscow flotations of Russian companies, according to Dealogic – the most of any international law firm.

New York-based Skadden Arps Meagher & Flom has acted in some capacity on $ 90bn worth of corporate deals involving Russian groups since 2012 but is also known for its longstanding relationship with Roman Abramovich.

Abramovich, who is not currently the target of sanctions, appointed former Skadden partner Bruce Buck as chair of Chelsea Football Club after Buck advised the Russian businessman on his 2003 takeover of the club. Since then, Skadden has fought high-profile court battles for the billionaire including a clash with one-time mentor Boris Berezovsky – worth a reported £ 35mn to Skadden. Skadden did not immediately respond to a request for comment.

The Financial Times reported this week that Abramovich has attempted to assist Ukraine’s government in peace negotiations with Russia.

Other firms have built up private client offerings for wealthy Russians, including Mishcon de Reya, which has offered a “VIP Russia” service that includes immigration, real estate and wealth structuring advice. The firm said just over 1 percent of its clients were Russian.

Lawyers said they owed duties to their clients and could not easily cut ties with those that are not sanctioned. One law firm boss said he felt uncomfortable with political pressure to ax clients not targeted by sanctions.

In a sign of the rapidly developing situation, Freshfields was thrown into turmoil over the weekend as it was due to appear in court on Wednesday to represent Russian investment bank VTB Capital in a $ 1.3bn legal battle involving the Republic of Mozambique and Credit Suisse.

Lawyers cannot get paid by sanctioned clients without seeking a license from the Office of Financial Sanctions Implementations.

The OFSI granted VTB a license on Tuesday night allowing the bank to pay lawyers as long as the costs were “reasonable professional fees”. But individuals close to the matter said Freshfields still faced uncertainty over when and if it would be paid.

Law firms also have to navigate sensitivities around their own public statements about Ukraine, which in some cases have jarred with commitments to human rights.

Norton Rose Fulbright was forced to clarify its position this week after an internal message banning its staff from speaking publicly, or even to friends, about Russian sanctions was published.

George Casey, managing partner at Shearman & Sterling wrote in a blog post: “To my friends at Norton Rose Fulbright – are you serious ?! In this defining moment for humanity, which side of history are you choosing? ”

The firm’s Canada chair, Walied Soliman, tweeted in response: “We stand with the people of Ukraine. Period. I encourage all of our partners and colleagues to speak out. ” In another tweet he said he was “disappointed that our firm left any room, for even a moment, on the position of our partners.”

Norton Rose issued a statement on Tuesday saying it was “shocked by the tragic events unfolding in Ukraine” and was “donating to humanitarian appeals”.

A number of law firms are now reconsidering the future of their Moscow offices, accelerating an eight-year trend of retrenchment from Russia. On Friday afternoon, hours before Linklaters announced its exit, international group CMS said its Moscow office was “under critical review”

Some firms, such as K&L Gates, withdrew following Russia’s annexation of Crimea in 2014. Freshfields, Allen & Overy, Clifford Chance and Linklaters still have more than 150 lawyers between them in Moscow.

The boss of one international law firm with a presence in Russia said he was considering spinning off its Russia business into a new partnership.

“All law firms are having the same debate,” he said. “They are worried about their people in Russia and trying to work out how they could separate, restructure or spin [the Russia business] out in a way that does not harm those people and shows solidarity with Ukraine. ”

Another leader of a US law firm said: “There is a reputational problem with being seen to be at the heart of the Russian economy and profiting from the government out there.”