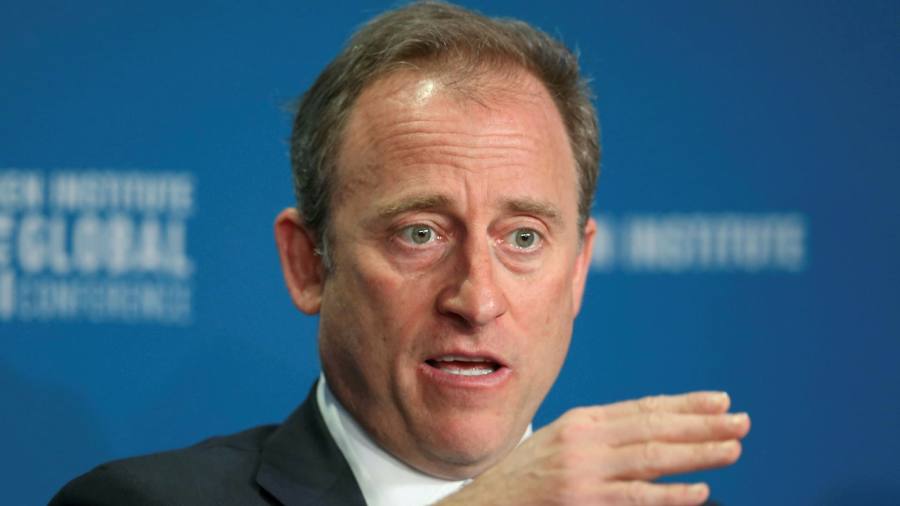 Lawyers for a former top executive at Apollo Global Management have criticized the firm’s co-founder Leon Black over his long association with the convicted sex offender Jeffrey Epstein, stating that Black “destroyed any credibility he had left with his ever-shifting descriptions” of their relationship.

The broadside, in a legal brief filed on behalf of Josh Harris in a New York federal court on Friday, adds to the rancor surrounding Black’s departure from Apollo, one of the world’s largest investment groups.

Black stepped down from Apollo last March after an investigation by outside lawyers concluded that he had paid $ 158mn to Epstein for tax advice and other professional services. The payments occurred after Epstein’s 2008 conviction for soliciting sex with a minor. Epstein died in federal custody in 2019 while awaiting trial on charges of sex trafficking.

Weeks after Black resigned from Apollo, his former mistress Guzel Ganieva filed a civil lawsuit claiming the billionaire had abused her during their relationship and then damaged her reputation by falsely accusing her of extortion, allegations the billionaire denies.

Black has acknowledged paying Ganieva millions of dollars in exchange for her agreement not to talk publicly about their relationship, which he has characterized as consensual.

In a separate lawsuit, Black’s lawyers claimed in January that both Ganieva’s allegations and the adverse publicity surrounding his relationship with Epstein had been orchestrated by Harris, his former top deputy.

Black’s lawsuit alleges Harris worked with a “war council” of lawyers and public relations advisers to try to oust him as Apollo chief executive in an “attempted coup”. When Harris missed out on the top job at Apollo, the lawsuit contends that he tried to “destroy [Black] by, among other things, weaponising Ms Ganieva to assassinate his character and extort even more from him ”. Harris resigned from Apollo last May, though he remains on its board.

In a response filed in federal court on Friday, lawyers for Harris said Black “did not have a good reputation left to tarnish.”

They also criticized Black for giving public statements that they said minimized his association with Epstein, and leaving the record “uncorrected” until the publication of a report by law firm Dechert revealed the scale of his payments to the pedophile.

“Executives routinely work with lawyers and PR firms, particularly in times of crisis,” the lawyers for Harris wrote, adding that “Black’s Epstein-related problems threatened to have a catastrophic impact on the firm.”

They added that Harris had never met Ganieva.

Black’s lawyer Susan Estrich dismissed those responses. “We still believe Josh Harris has a lot of explaining to do about why he was searching for law firms and public relations firms,” ​​she said.

A separate response filed by Ganieva’s lawyers on Friday also denied that she had any contact with Harris.

They wrote: “Black should not be permitted to use his endless resources to continue meritless and retaliatory satellite litigation against a woman who has sued him for sexually abusing her.”