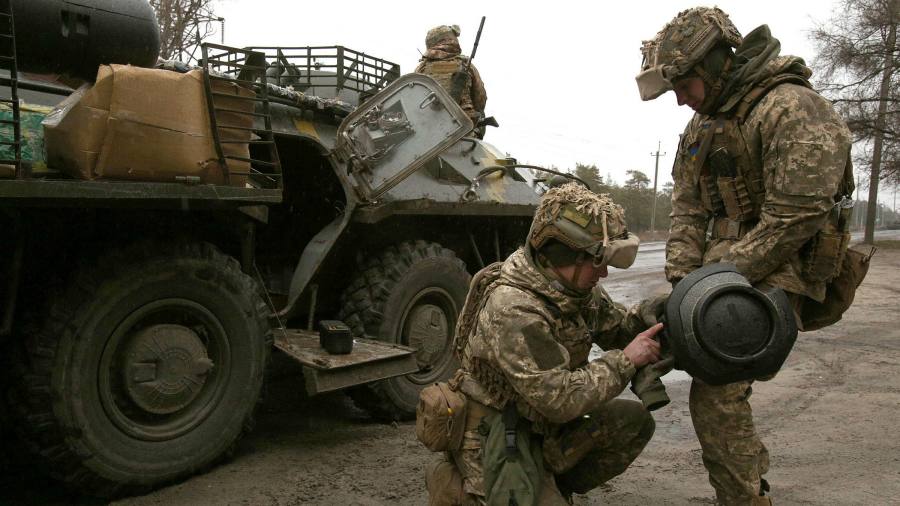 The writer is president of Lithuania

For many years now, Lithuania has followed Ukraine’s progress on the road to political and economic reform with great interest. Inspired by our close historical and cultural ties, we actively supported Ukrainian efforts to strengthen the state and move closer to Euro-Atlantic integration.

The opposite must be said of Russia. As shown by his earlier public statements, President Vladimir Putin has long believed that the independent neighboring state of Ukraine should cease to exist, and its people submit to Russian political and cultural influence.

The growing level of violence against the civilian population of Ukrainian cities shows Russia’s willingness to use terror for political gain.

We have seen such ruthlessness before, especially in Chechnya and Syria. This time, it is to be hoped that Putin will find it much more difficult to continue his war of terror for an extended period.

The most spectacular failure of the Russian leadership so far, arguably, was its inability to calculate the response of the international community. Although the unprovoked show of force in Ukraine shocked the world, what followed was not meek acquiescence but a wave of widespread anger and mass demonstrations all over the globe.

The west, in particular, seems to have learned the hard lessons of the past. One cannot appease those who dream only of power, conquest and revenge. Any concessions to the aggressor lead to new demands. Thus does the vicious wheel of violence keep on turning. Somebody needs to stop it.

Russian aggression has prompted the west to unite and make a stand. Leading European nations are already breaking with longstanding political traditions to take a more active geopolitical role. Doors are closing to Russian capital at a rate that would not have seemed possible even a few weeks ago. NATO is very active and engaged, and the EU seems rejuvenated and purposeful as never before.

What is crucial now is not to stop halfway. We have already seen Russia place its nuclear forces on “high alert”. There might be other attempts to sow fear and anxiety soon.

However, if the west cannot risk an all-out nuclear war, neither can Russia. We must call the Kremlin’s bluff and continue to support the Ukrainian struggle by all means short of direct military confrontation. There is nothing inherently new about this situation – although Russia is much weaker now than the Soviet Union was during the cold war.

The war in Ukraine is bloody, and its brave people will suffer a lot more before things start to get better. However, it is only by forcing the Russian forces to retreat from the territories it has sought to occupy that we can both stop the bloodshed and prevent further destabilization of the whole region. Moscow should be left in no doubt as to the collective readiness of the west to punish any further Russian transgressions.

To help Ukraine, we need to unite forces across the Atlantic. Lithuania is already trying to do its best in building a broad coalition to support this freedom-loving country. We salute the sovereign Ukrainian decision to apply for membership of the EU and hope that the accession process will be as fast as possible, given current circumstances.

The US and its European allies must work together closely to ensure respect for international law and the rules-based global order. Strong political will is needed both to avoid any potential pitfalls and ensure a lasting peace on the continent of Europe.

At this crucial moment in history, the west must not falter. The time has come for us to draw – and defend – our own red lines. The future of our world might be decided in Ukraine.