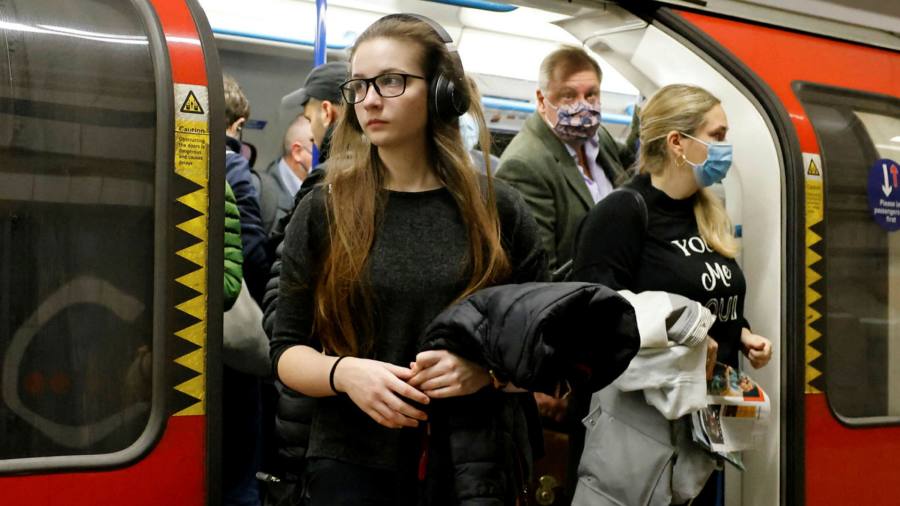 Sadiq Khan, the mayor of London, has unveiled the biggest rise in public transport fares in the UK capital in a decade in an effort to rebuild the London transport authority’s shattered finances.

Fares on Transport for London services, including the Tube and buses, will rise by 4.8 per cent from March 1, the mayor’s office announced on Monday.

The increase comes amid an escalating cost of living crisis in the capital and followed petrol prices hitting record levels on Monday and ahead of looming rises to rail fares across the UK.

“Today’s steep fare rises will add further to the cost of living pressures being felt by Londoners,” said Nick Bowes, chief executive at the Center for London, a think-tank.

The hike to TfL fares represents the largest rise in the cost of travel since 2012, when UK Prime Minister Boris Johnson was the city’s mayor.

Khan, who froze fares in London between 2016 and 2021, said the changes were a condition of emergency funding provided by central government to help TfL’s finances survive a collapse in passenger numbers during the coronavirus pandemic.

Ministers have provided TfL with several short-term funding deals worth over £ 5bn to help keep services running, and the latest agreement is scheduled to run out at midnight on Friday. In return, Khan has had to cut costs and raise up to £ 1bn in new revenue.

Khan said the fare increases would help ensure TfL buses and trains and the underground could continue to operate during a period of reduced passenger numbers, but would not solve wider budget problems at the transport body. He repeated a call for a long-term funding deal for the capital’s transport network.

“We have been forced into this position by the government and the way it continues to refuse to properly fund TfL, but I have done everything in my power to keep fares as affordable as possible,” he said.

The fare rise comes as office workers begin to return to in-person work following the disruption caused by the emergence of the Omicron coronavirus variant and government guidance, rescinded in late January, to work from home where possible.

Rail fares across the UK will rise by 3.8 per cent in March, and consumer fuel prices have also hit their highest level on record, with motoring groups on Monday warning of further increases expected because of tensions with Russia.

Petrol prices rose to 148.02pa liter and diesel to 151.57p in recent days, according to the AA motoring organization.

“With the oil price teetering on the brink of $ 100 a barrel and retailers keen to pass on the increase in wholesale fuel quickly, new records could now be set on a daily basis in the coming weeks,” said Simon Williams from the RAC.

“The cost of living crisis has been ratcheted up yet another notch, tightening the vice on family spending when it faces other pressures from impending domestic energy cost and tax increases,” said Luke Bosdet from the AA.