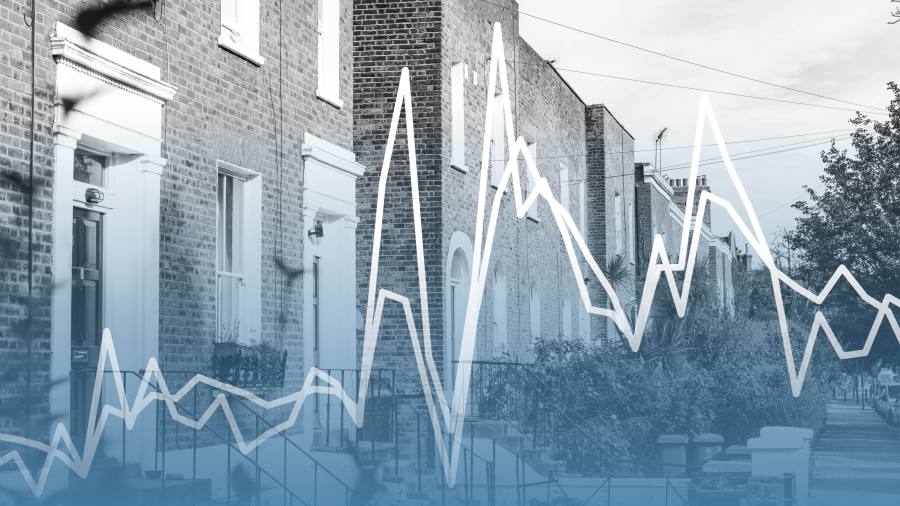 It was early December when my partner and I walked into a luminous four-bedroom house in Stoke Newington, north London, and made an offer at the asking price. This was the first house we had seen, and though the garden was a bit smaller than we might have dreamed of, the property ticked all the other boxes: size, school catchment area, generous ceilings, a loft we could convert into a studio.

After a short negotiation involving another bidder, the estate agent called us later that week to tell us our offer had been accepted.

“This almost feels too easy,” I told my partner. It had taken nine months, hundreds of viewings and half a dozen offers to find our current home, a one-bedroom garden flat in nearby Highbury.

It turns out it was too easy. Our surveyor called it a “problem house”. My partner called it “Thorpe Park” (after the theme park near London). There were signs of leaks everywhere: from the roof, the gutters, the kitchen and bathroom pipes, and the first-floor shower and bath. The skirting boards in the hallway were rotting due to, the owners later informed us, cat urine.

On top of this, the owners of the house next door would soon begin drilling for a basement conversion, which could cause the plaster to crack. We withdrew our offer and wished the vendors luck.

Have you had a similar experience when buying property? Share your stories and thoughts in the comments below and we may publish a selection of the best on FT.com

Little did we know, we were in the midst of one of the worst housing supply crunches in the nation’s history – one that felt particularly bad in Stoke Newington, where our search was concentrated.

A former working-class neighborhood on the western edge of Hackney, it has moved considerably upmarket in recent years, attracting twenty-something creative types in search of lower rents than those in Islington, and young families drawn by its highly rated primary schools. According to the property search site Zoopla, demand for houses in the area in the first quarter of this year was more than double the five-year average – but the number of homes for sale was lower than average.

“It’s ridiculous,” says Julian Reid, who established an estate agent in Stoke Newington three decades ago. “Russia is invading Ukraine, the economy is on its knees, and yet property prices are still going up. It makes no economic sense. ”

Since we began looking in December, prices for period houses in Stoke Newington have climbed from about £ 830 to £ 1,000 per sq ft, with some smaller homes commanding £ 1,100 or more. “We always used to work to £ 800 per sq ft, but that calculation does not work any more,” says Reid. “It makes valuing property almost impossible.”

Reality bit in late January, when we viewed a similarly sized house one street away from the first one we had seen but on sale for £ 100,000 more. As we surveyed the kitchen – cluttered with computer equipment, dead houseplants and tubs of protein powder (the house was being rented to three young men into weightlifting) – the agent said a man from Cheshire had, hours before, made a cash offer for £ 100,000 above the asking price. He was buying the house for his daughter, who had recently graduated from university. That triggered a bidding war and he ultimately paid £ 175,000 over the asking price.

The lack of supply has stirred a kind of desperation among buyers, us included.

Estate agents have become all-powerful gatekeepers of off-market properties. We must curry favor with them or risk being culled from their list. Agents speak of “heart-rending” letters that accompany offers, with pictures of people’s dogs and kids (“‘Please give us a home’ – almost like they are penniless,” one agent says). We have leafleted more than 300 houses in the hope of inducing owners into an off-market transaction – a futile exercise that produced just three leads, all referring us to unpopular neighbors they wished would sell.

Those who do list their property make little effort with presentation. Never mind hiring a designer to stage a house: peeling lining paper, neglected gardens and stained carpets are commonplace. A family who had put their late mother’s tired-looking house in Highbury up for sale for £ 1.35mn was in the middle of building a rear extension, and had dumped the contents of the kitchen and garden – sink, oven and other appliances – in the sitting room. It was hard to imagine one’s future children playing in a room that, right now, was effectively a skip.

Five months into our search, we have made offers on 11 houses, six of which we lost to other buyers in best-and-final bidding rounds. We have tried expanding our search, spending late nights debating the commutes from St Albans, Guildford and the Cotswolds. Lured by photographs of a rustic-looking cottage with garden studio, we spent one ill-fated Saturday journeying to Ewell in Surrey, where, five minutes out of the station, my partner turned on his heels and suggested we head home.

Those who do list their property make little effort with presentation: peeling lining paper, neglected gardens and stained carpets are commonplace

Why is demand for houses so high? Beyond the usual factors – London’s growing population, the finite number of period properties next to green spaces, a shift (for many) to spending more time at home – the threat of higher interest rates has engendered a sense of urgency among buyers. And because house prices are now so much higher than they were five to 10 years ago – and stamp duty is so much higher – buyers are trading up less frequently than they used to.

“We are seeing people going out of a one-bed and straight into a house,” says Anna Takkou, sales manager at Location Location in Stoke Newington. She adds that the average price per sq ft for flats is now substantially lower than that for houses in the area. “We are not seeing flats go for £ 100,000 over [the asking price]. ”

There is a very simple solution: do not buy a house – buy a flat; rent; or do not move. But renting is a nightmare at the moment, flats are expensive too (and often too small for our plans), stamp duty is high, and mortgage rates are about to go up. And who is to say prices will come down in any meaningful way? We worry that we could soon be priced out of houses in the altogether area.

About once a week, I wonder if we made the right decision in walking away from that first house, whose vendor is on track to exchange contracts with another buyer later this month. But then I remember the cat wee.