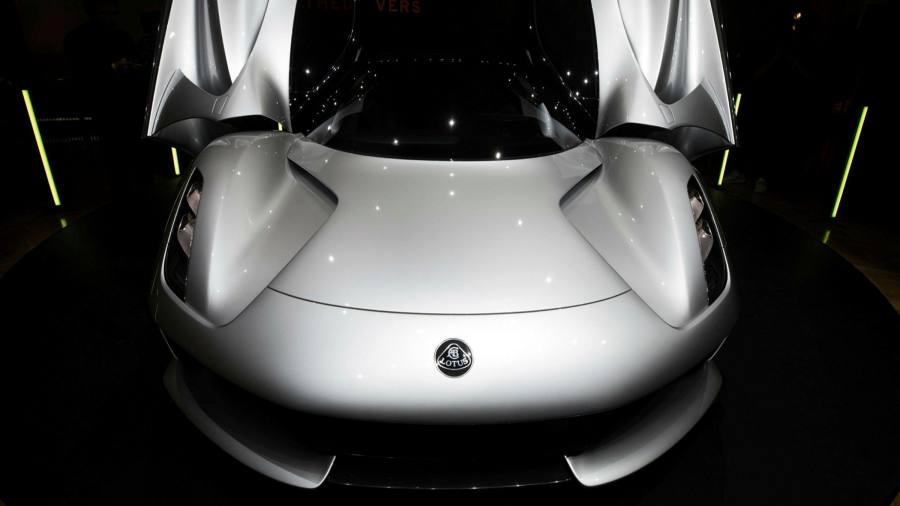 Last year, the historic brand split its operations into two business units – the Norfolk-based company making sports cars, and a luxury lifestyle company based in China that plans to make electric sports-utility vehicles.

The Lotus Group, which is majority owned by China’s Geely, has now begun exploring a listing of the lifestyle business, with the aim of raising capital to help it meet growth targets of a 100-fold rise in sales over the next six years, one of the company’s most senior executives said.

The brand plans to sell 100,000 vehicles worldwide by 2028, a huge rise on the 1,500 sports cars turned out by the company’s plant at Hethel last year, Matt Windle, managing director of the Lotus sports car division, told the Financial Times.

Geely has already tapped public markets with its float of Volvo Cars last year, while Volvo’s spun-off electric-car brand Polestar has announced plans to list in the first half of 2022.

At the center of the new Lotus lifestyle unit is a series of sports-utility vehicles that aim to achieve the nimble handling of the brand’s sports cars, but broaden its appeal to drivers in China.

The first Lotus SUV, developed by engineers in the UK and Germany, will go into production later this year or early in 2023 at a custom-built plant in Wuhan, China.

A sports saloon will follow, with a smaller SUV expected around 2025. The plant, which was financed by Geely, has a capacity of 150,000 vehicles a year.

“We are in early discussions” about an IPO, said Windle.

Geely bought a 51 per cent stake in Lotus in 2017 as part of its deal to take control of Lotus’ former owner Proton. The Chinese group has poured more than £ 3bn into the business, allowing it to end production of its long-serving line-up of traditional “analogue” sports cars and develop new vehicles.

Renault’s Alpine sports car brand will also produce cars using the Lotus sports car system. These are expected to be made in the UK.

Lotus expects that by 2028, 10 per cent of sales will be its sports cars, with the China-made vehicles accounting for 90 per cent.

The new Lotus SUV was shown at the event, with more details about the model expected to be released later in the month.


There is more to market volatility than Ukraine