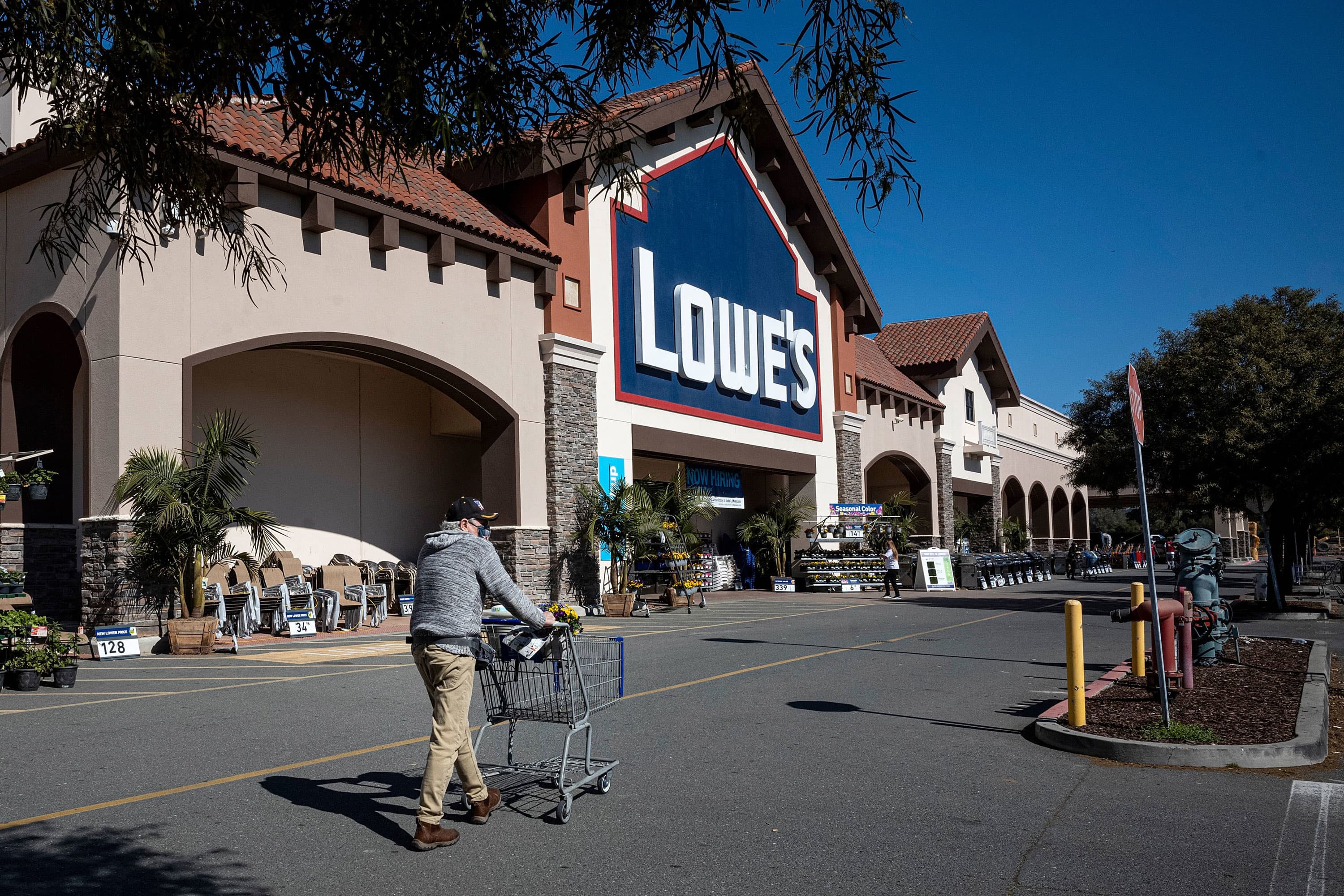 A customer pushes a shopping cart towards the entrance of a Lowe’s store in Concord, California, on Tuesday, Feb. 23, 2021.

Lowe’s said Wednesday that sales grew 5% and surpassed Wall Street’s estimates in the fiscal fourth quarter, as Americans bought, fixed up and renovated homes in a tight real estate market.

Shares rose more than 3% in premarket trading, as the home improvement retailer raised its forecast.

Here’s what the company reported for the quarter ended Jan. 28 compared with what Wall Street was expecting, based on a survey of analysts by Refinitiv:

Lowe’s same-store sales in the US increased 5.1% in the fourth quarter. The company said sales from home professionals grew 23% in the three-month period, too. The pros tend to be steadier and more lucrative customers.

This story is developing. Please check back for updates.