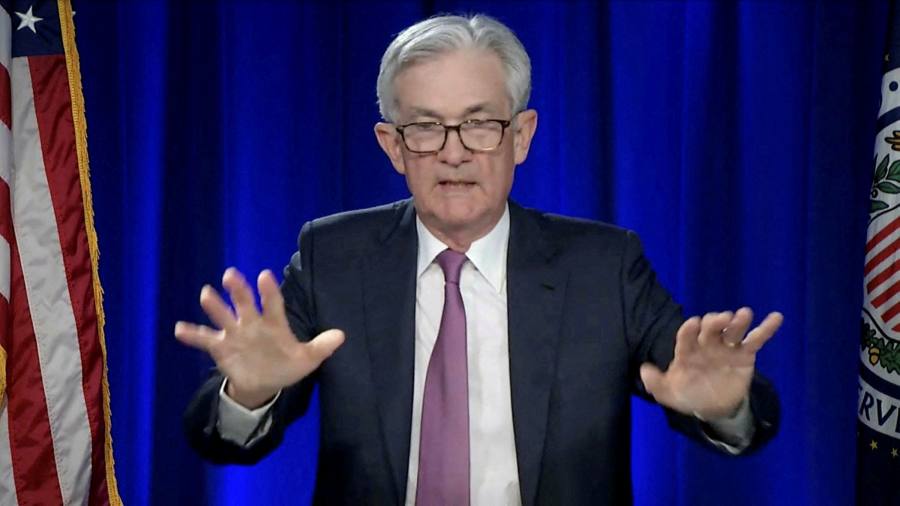 We are approaching the point of peak hand-wringing over inflation and peak scrutiny of central bankers. This can only go badly for financial markets.

US inflation data released this week gave the strong impression that policymakers have been caught napping. The annual inflation rate exceeded economists’ expectations and struck yet another 40-year high at 7.5 per cent in January, up from 7 per cent in the previous month.

Traders have been repeatedly smacked in the face by surprisingly high inflation readings for a year. You would think they might be getting used to it by now. Apparently not, judging from the market reaction.

Bets on an even more aggressive pushback from the US Federal Reserve hit new extremes; selling pressure in benchmark 10-year US government bonds took the yield above 2 per cent for the first time since 2019. In the more interest rate-sensitive bits of the market, chiefly two-year debt, moves were even more chunky. Yields there, which hovered at just 0.4 per cent as recently as November, leapt to a high of 1.64 per cent in the biggest sell-off since 2009.

But the scale of the moves was not just down to the inflation numbers themselves. Fanning the flames, St Louis Fed president, James Bullard, a voter on the Fed’s rate-setting committee, told Bloomberg that he would like to see the benchmark interest rate rise by a full percentage point by July, including a half-point rise for the first time in more than 20 years. He even sounded amenable to the Fed stepping in and raising rates now, before its next scheduled rate-setting meeting. This is like the crisis-fighting easing mode of 2020 but in reverse.

His intervention meant that just as stocks were recovering from the initial shock of the data, they stumbled further. “Bullard killed it,” as one banker put it. “Well played.”

It is a point that bears repeating: central bankers do not exist purely to make long-only equity fund managers’ lives easier. If they did, then they would be failing on their mandate pretty badly by now – the S&P 500 benchmark index of US stocks is down by more than 6 per cent already this year, while the tech-filled Nasdaq Composite has dropped more than 10 per cent.

Nonetheless, the scale of the recalibration in markets is extraordinary. As recently as October, market participants dared to bet that we might see one rate rise from the Fed this year. They are now pricing in six or more.

Goldman Sachs is expecting seven – up from five before the inflation numbers landed. “We see the arguments for a [half point] rate hike in March, ”Jan Hatzius, chief economist at the bank wrote, noting that the central bank has not kicked off a rate-raising cycle in that manner since the 1980s and has not delivered an emergency rise in rates since 1994.

The trick here is figuring out how much of the tough talk from central bankers is just for show. This is not easy, for investors or for the policymakers themselves, and further bolsters the case for the only certainty in markets this year: volatility.

Karen Ward, chief market strategist for Europe at JPMorgan Asset Management, is not convinced. “We are in peak inflation hysteria at the moment,” she says. “As soon as the numbers are at least heading down, that will take the pressure off the central banks.”

She adds: “There’s a scenario where central banks do slam on the brakes rather than easing off the accelerator. That’s not what we’re expecting. I think some of the statements we’ve heard recently are rhetorical rather than intentional. They want to show that they are not asleep on the job, that they will do whatever it takes, and I understand that pressure to do that. ”

A slower, steadier series of quarter-points rises from the Fed through this year and beyond, landing at a higher point than the market is pricing, is the more likely outcome, says her colleague Mike Bell.

So what do central bankers say next? In retrospect, it might be better if the answer was nothing. The scope for misunderstandings, exaggerations and missteps is arguably not worth the bother. But this genie is well and truly out of the bottle.

Back in 2014, on his way out of the Fed, Governor Jeremy Stein offered some thoughts on this matter that still resonate now. “In some circumstances there are very real limits to what even the most careful and deliberate communications strategy can do to temper market volatility,” he said in a speech.

“This is just the nature of the beast when dealing with speculative markets. There is always a temptation for the central bank to speak in a whisper, because anything that gets said reverberates so loudly in markets. But the softer it talks, the more the market leans in to hear better and, thus, the more the whisper gets amplified. So efforts to overly manage the market volatility associated with our communications may ultimately be self-defeating. ”

Nobody wants to inject needless, avoidable shake-ups in to asset prices. But monetary policy is data-dependent and the data are pretty wild. It increasingly feels like there’s no way out of this situation without a mess.