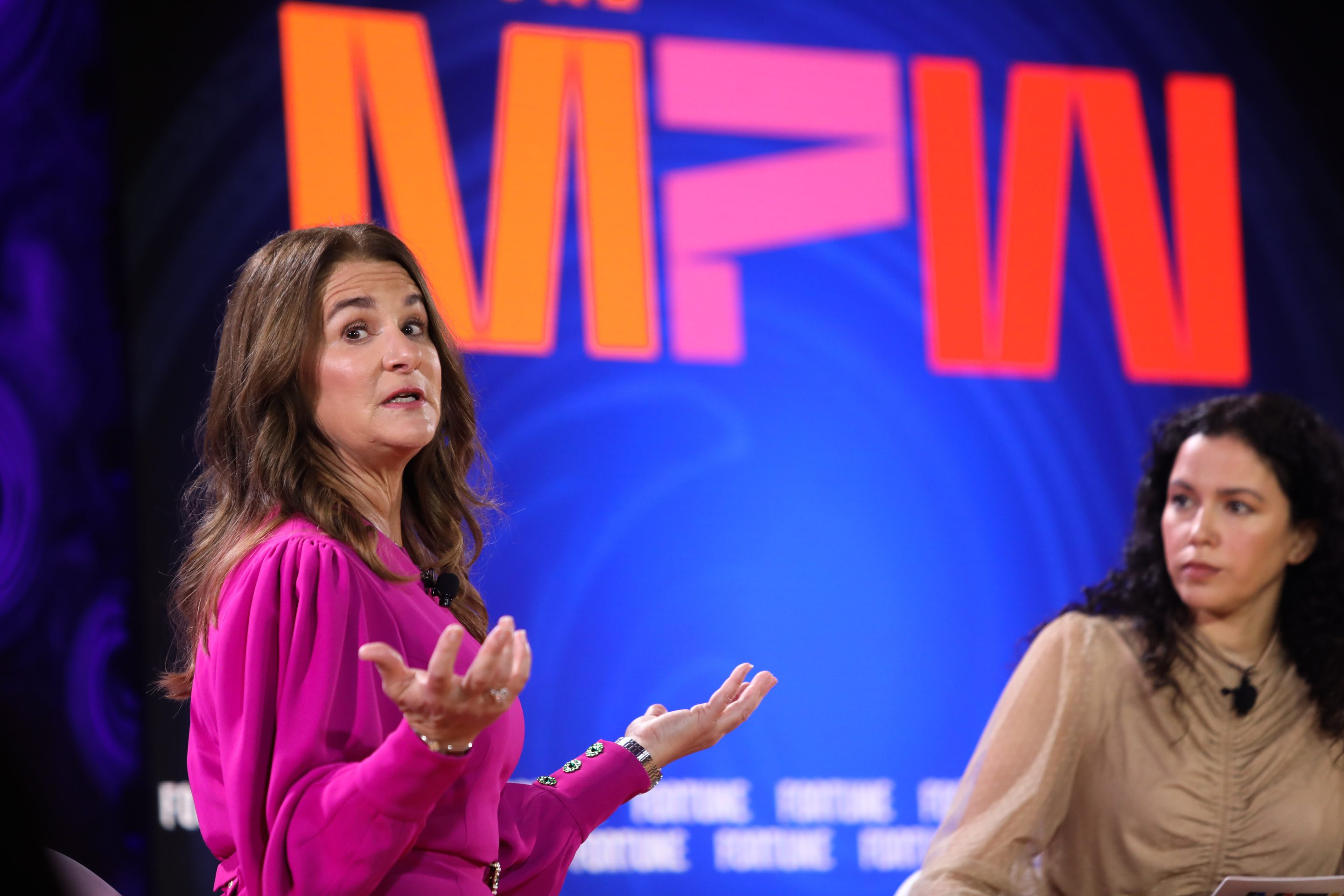 Divorce is almost never easy. And when you’re a billionaire philanthropist with the world watching, it can take the situation to an entirely new level.

As Melinda French Gates previously told Fortune, her divorce from Microsoft co-founder BIll Gates in May 2021 was “unbelievably painful in innumerable ways.”

But the philanthropist, an optimist by nature, also took away some positives from the experience. “I think what it has taught me is something I have always longed to do, which is to be my most authentic self in every way,” French Gates said Tuesday during Fortune’s MPW Summit in California.

That’s a big shift, both for French Gates and workplaces at large. “Society is changing,” French Gates acknowledged. In decades past, men went off to work and women stayed home to care for the children and run the household. There was a separation of work and personnel. But now, most married couples are dual-income households, and the boundaries of work and personal life are blurring.

“You want to bring your whole self to work. You do want to talk a bit about your kids and what’s important to you and what’s important in society,” French Gates said. And through the work she’s put into coming to terms with her divorce, she says, she now feels “unleashed” to do that in her role as co-chair of the Bill & Melinda Gates Foundation and founder of Pivotal Ventures.

That’s not to say working with your ex-husband to run a multi-billion-dollar nonprofit is easy. “I do realize I’m charting uncharted waters,” French Gates told the Summit audience. “But I will say that we are both deeply committed to that institution, but my values ​​are baked into that institution. And so what I know is that I have to show up as my best self every single day.”

French Gates clarified that timeline Tuesday. “Just to be clear, the governance documents of the foundation, which I’m a co-signatory on as co-chair, say that it will last until 20 years after the death of the last of us. So that is the current state and plan,” she said.

Under either timeline, the plan speaks to the Gates’ approach to more immediate philanthropy needs. “The intention is that the resources that have been amassed from Microsoft, that have ended up for whatever reason in both of our hands, that those resources will return to society,” French Gates said. The foundation’s endowment, built on donations from the founders as well as from Warren Buffett and others, currently stands at $53.3 billion.

“We can’t predict the problems 100 years from now. We couldn’t have predicted some of the things that happened in the last five years. So we want to solve today’s problems,” she said. “And what we know is that they’re enormous and they’re even bigger, frankly, post-pandemic.”

But French Gates remains hopeful about our collective ability to solve these problems. “I think I’ve probably always been an optimist. I believe in human beings. We are the ones that change the world and I believe in human ingenuity.”