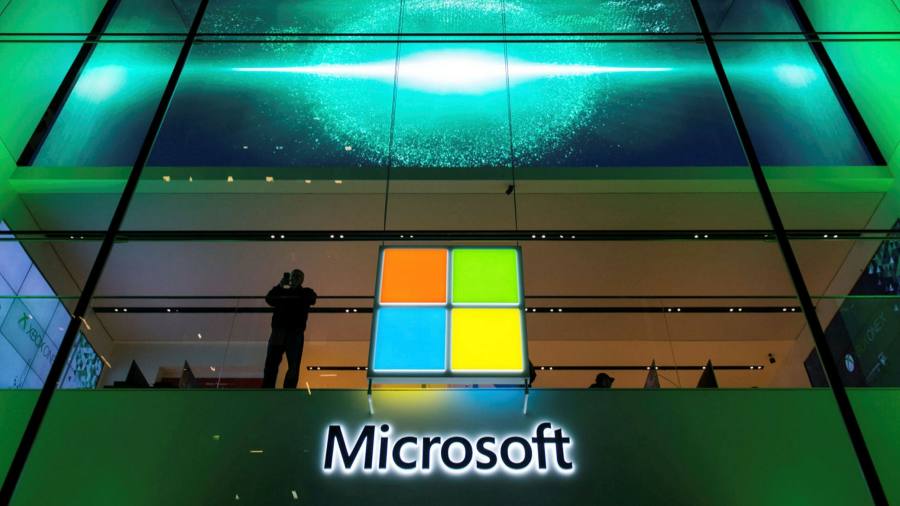 Microsoft has pledged to ensure open distribution of its games as its senior management traveled to Washington to address regulators’ potential antitrust concerns over its $ 75bn takeover of Activision Blizzard.

A delegation including Satya Nadella, Microsoft chief executive, arrived in Washington this week to meet lawmakers three weeks after agreeing to buy the games developer, Microsoft’s largest deal yet.

The pledge, which was announced on Wednesday, addresses what Microsoft deems to be the principal means of games distribution: app stores. It included keeping a less restrictive distribution system than the mobile app stores run by Apple and Google, measures Microsoft had already taken with its existing, though little-used, app store on Windows.

The commitments, which build on rules adopted in 2020, also include allowing all developers to access the Microsoft app store and not compelling them to use its own payment system to process purchases in the app.

Brad Smith, president and vice-chair at Microsoft, said the pledge was developed “in part to address Microsoft’s growing role and responsibility as we start the process of seeking regulatory approval in capitals around the world for our acquisition of Activision Blizzard”.

He added that the rules were created “with a close eye” on regulatory proposals worldwide and legislation in the US Congress, which is advancing bills aimed at reshaping competition policy amid tech advancements.

These include the Open App Markets Act, which was advanced by a U.S. Senate committee last week. That bill would prohibit an app store with more than 50mn users from forcing developers to use its own payment system or penalizing them for offering different pricing terms on other platforms.

In the first of a new series of monthly ‘Tech Exchange’ interviews, the Microsoft boss explains why his $ 75b deal for Activision Blizzard is central to shaping online interaction. Click here to read the full interview

Apple and Google have faced persistent criticism and lawsuits from some developers over their mobile app store restrictions. Both companies charge fees of up to 30 per cent for digital goods purchases for which developers are required to use the tech companies’ payment systems. Apple also bars rival app stores, forcing developers to use its own shopfront to reach iPhone and iPad users.

Microsoft has also committed to making popular Activision games including Call of Duty available on PlayStation under Sony’s existing agreements with the game developer, and even after they expire. Smith said Microsoft was also “interested” in building a similar arrangement to give Nintendo long-term access to leading Activision games.

Microsoft is facing a gauntlet of 17 regulators globally in seeking approval to complete the tie-up, which has raised concerns around the size of the transaction and potential harm to other players in the gaming industry.

“If it were three years ago, this [deal] would not be that interesting from an antitrust perspective, ”said Smith. He argued that regulators would not have been concerned about a combined entity becoming the third-largest in its sector “especially when number one and number two are from China [Tencent] and Japan [Sony]”.

“We’re not in the world of 2018 or 2019, it’s 2022. And we recognize that there will be more scrutiny of any large acquisition that is being made by a large tech company,” he said.

Experts have warned the Activision acquisition could become a test case for US antitrust agencies led by progressives appointed by President Joe Biden, including Lina Khan as chair of the Federal Trade Commission, which is reviewing the $ 75bn deal, and Jonathan Kanter as head of the Department of Justice’s antitrust unit.

The deal was announced just hours before the two agencies said they would be revamping merger rules to strengthen antitrust enforcement, including revisiting guidance on vertical mergers such as the Microsoft transaction.

James Murdoch’s India venture raises up to $1.5bn from Qatar