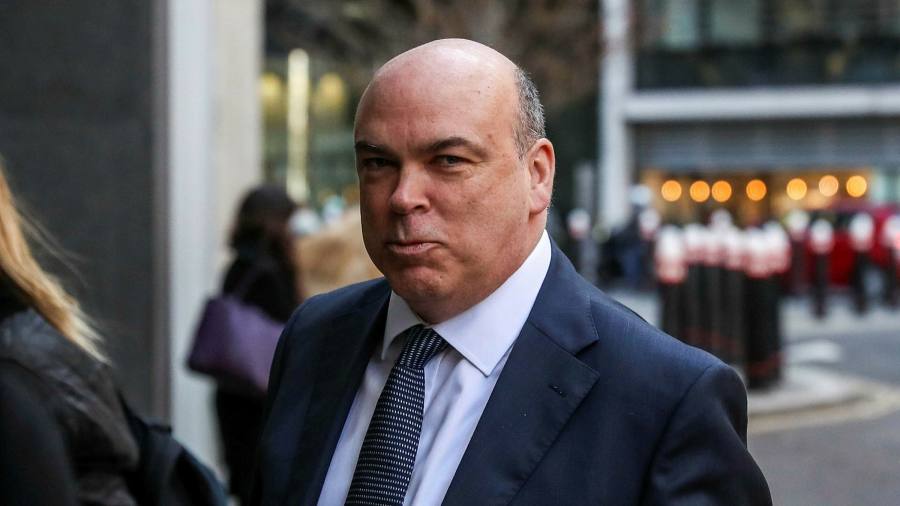 Mike Lynch, the billionaire founder of software maker Autonomy, has lost a fraud claim brought by Hewlett Packard Enterprise following its $ 11bn takeover of one of Britain’s best-known tech companies more than a decade ago.

Lynch and Sushovan Hussain, Autonomy’s former chief financial officer, were sued in London’s High Court by HPE for allegedly manipulating the software group’s accounts, leading the Silicon Valley company to pay an extra $ 5bn when it acquired Autonomy in 2011.

Two years after the trial ended, Mr Justice Robert Hildyard ruled on Friday that HPE had “substantially succeeded” in its claim against Lynch although the amount of damages would be “considerably less” than HPE had claimed. His full ruling will be handed down at a later date.

Lynch and Hussain both denied the allegations and any wrongdoing during the nine-month trial.

The ruling in the civil lawsuit is a major blow to Lynch, who is facing extradition to the US to face criminal charges over Autonomy’s sale. He faces allegations that include 14 counts of conspiracy and fraud.

A London court ruled in July that he should be extradited to the US. The UK home secretary, Priti Patel, has until midnight on Friday to decide whether to approve the extradition and can now take the ruling from Hildyard into consideration.

If she approves the extradition, Lynch could then appeal against the decision in a legal process that could run for years.

The conclusions reached by Hildyard are significant because the civil lawsuit in London covered the same allegations and heard from some of the same witnesses due to testify in the US criminal trial.

Hildyard, who read a summary of his conclusions to a High Court hearing on Friday, found that a hardware reselling program by Autonomy was there to cover shortfalls in software revenue, was “dishonest” and that the defendants were “well aware of this”.

These “lossmaking transactions were not commercially justified on any basis”, the judge said of the hardware reselling program, and were concealed because their revelation would have exposed that Autonomy’s software business was not generating the accelerating profits “which heavily influenced its price”.

He found that HPE relied on what was said about Autonomy’s revenue in the accounting material and was induced to pay $ 11bn for Autonomy.

Lynch and Hussain were aware of Autonomy’s sales to value added resellers (VAR) intended to make up shortfalls in the software business and Autonomy’s accountants, Deloitte, “did not see the full picture”, he added.

The judge said he would decide compensation at a later stage but said he would expect the quantum of damages to be “substantially less” than the $ 5bn being sought by the US group.

In the High Court trial, HPE accused Lynch of telling “lie after lie” and being “unreliable” in the witness box. During the trial, Lynch accused HPE of bringing the lawsuit because its board had suffered “buyer’s remorse”. Meg Whitman, HP’s chief executive at the time of the deal, saw Autonomy as a “headache” because the company was “floundering and she was firefighting on many fronts”, he claimed.

HPE lodged the lawsuit after its decision to take an $ 8bn impairment charge on the deal in November 2012, which it blamed on “improprieties” by the Autonomy team.

In September 2020, a ruling by the Financial Reporting Council ordered Deloitte to pay a record £ 15m fine, plus legal costs of £ 5.6m, for serious misconduct over its audit of Autonomy.

HPE said in a statement on Friday: “Dr Lynch and Hussain defrauded and deliberately misled the market and Hewlett Packard. HPE is pleased the judge has held them accountable. ”

Kelwin Nicholls, a lawyer at Clifford Chance representing Lynch, said in a statement that the decision was “disappointing” and that his client plans to file an appeal.

“We note the judge’s concerns about the reliability of some of HP’s witnesses,” Nicholls said. “We also note the judge’s expectation that any loss suffered by HP will be substantially less than the $ 5bn claimed.”