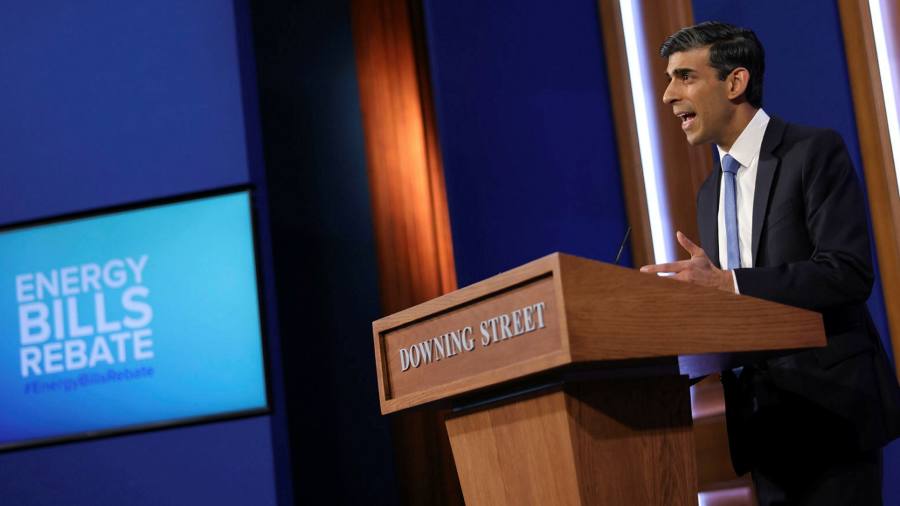 Rishi Sunak made a deliberate choice to spread support for Britain’s households hit by rising energy bills across the income distribution, telling MPs on Thursday that he was not limiting help to those receiving benefits because “lots of people on middle incomes are struggling right now, too ”.

Analysts said millions more families would be plunged into fuel stress, despite the intervention by the UK chancellor, while some of the most vulnerable could miss out completely.

The FT has assessed who will be hit hardest from April and how much the different elements of government support will help.

Higher bills will affect households with the tightest budgets

The rise in Ofgem’s cap on the default tariff will add £ 693 to the average annual bill, taking it up to £ 1,971. In practice, the impact will vary widely, with households that need to use more energy – including many poorer pensioners and the disabled – harder hit.

The 4.5mn using pre-payment meters – largely vulnerable households – will see a bigger increase in the typical bill, to £ 2,017. This pay-as-you-go group will be shielded initially, as tariffs will rise as warmer weather allows them to use less fuel, but could suffer an abrupt shock next winter.

Without government action, the sharp rise in the cap would have trebled the number of families living in “fuel stress”, according to the Resolution Foundation. Even with the support, the number spending more than 10 per cent of disposable income on energy will still double to 5mn, the think-tank said – and this will include most of the poorest decile.

Yet the chancellor is offering near-universal support, not targeted help

The main element of government support – a £ 200 discount on October’s bills, to be repaid over five years – will apply to all electricity users. Helen Miller, deputy director at the Institute for Fiscal Studies, said that while short-term relief was welcome, it was “delaying the pain” as bills might still be high when the repayments fell due and many would struggle to pay.

The other main measure – a council tax rebate of £ 150 for those living in less expensive properties in England – is a poor way to directly help those most in need, analysts sad. Less than two-fifths of those who will receive the rebate are in the bottom third by income, the IFS noted, so the policy would help many higher earners, while poorer families living in larger properties would miss out. It will also disproportionately help households in the north of England – who have a higher disposable income after housing costs – than those living in similarly rated properties in the south.

Moreover, the full rebate will not reach people who are exempt from council tax or pay a reduced rate – including students and an estimated 1.4mn pensioners. Mike Brewer, chief economist at the Resolution Foundation, said this left “a lot riding on” the £ 144mn Sunak made available to local authorities to make discretionary grants to those ineligible for a rebate.

An expansion of the “warm homes discount” for people on low incomes will mean around 3mn households qualify automatically for the £ 150 payment next winter, but the changes to the scheme are smaller than the Labor opposition and many charities had called for.

Although government support will take the edge off rising energy bills, most households will see living standards fall in the year ahead, because taxes are set to rise while real wages and benefits lag inflation.

The one group that could fare better are benefits recipients who work, many of whom will benefit from a higher statutory minimum wage, as well as recent changes to the benefits system that will boost their take-home earnings by around £ 1,000 on average.