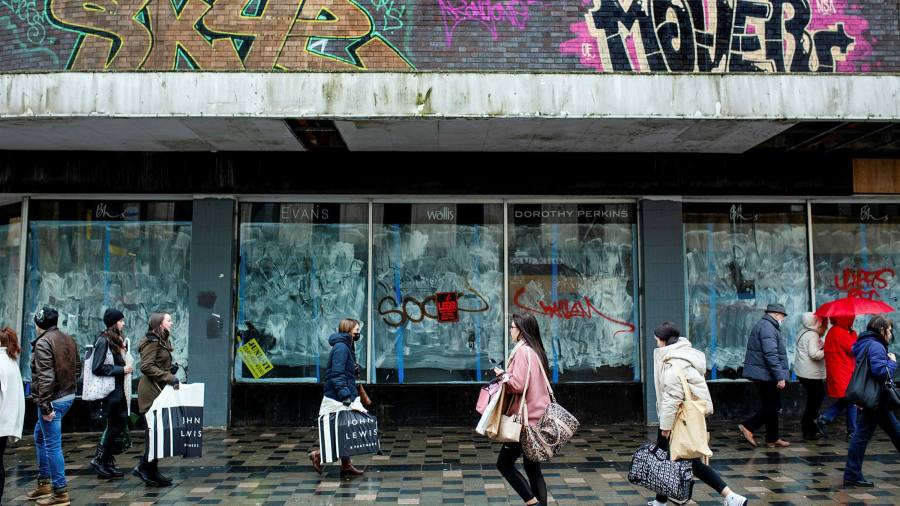 Ministers are sounding out industry views on an online sales tax designed to boost England’s struggling high streets and shopping malls by funding a reduction in business rates.

A three-month consultation into the new levy will look at issues such as which products and services could be targeted and whether it would be a flat rate per transactions or per delivery, or a revenue-based tax.

“We want to see thriving high streets and a fair economy as we move forward from the pandemic,” said Lucy Frazer, financial secretary to the Treasury.

“Whilst we’ve made no decision on whether to introduce such a tax, it’s right that, given the growing consumer trend to shop online, we work with stakeholders to assess the appropriate taxation of the retail sector.”

The government said that if implemented, revenues from the tax would be used to fund reductions in business rates for retailers with properties in England.

Internal government estimates found a revenue-based tax levied at a rate of 1 per cent on online sale of goods by businesses with revenues over £ 2mn would raise about £ 1bn per year.

But this figure depends hugely on what products and services fall within the scope of the tax, which vendors are affected and the level of the tax.

High street retailers have complained that they are being penalized compared to online rivals, with high business rates and rents compounding the sharp drop in footfall that most have experienced during the pandemic. In contrast, the pandemic gave a huge boost to online retailers.

Large high street retailers have repeatedly called for fundamental reform of the rates system, which raises more than £ 25bn for the chancellor every year, and hope an online tax would be used to rebalance the system.

It would also penalize a new form of commerce which benefits the consumer. It is like a tax on steam engines to protect horse-and-cart transport.

But some retailers with both online and high street sales argue it is not the right time for extra taxes on the sector and point out that Rishi Sunak, the chancellor, had recently pledged to lower taxes in future.

“It would be bold to bring in a new tax, which could be passed on to consumers, in the middle of a cost of living crisis and having increased national insurance costs and told everyone this week you’re a low tax chancellor,” one industry executive said.

Mike Cherry, national chair of the Federation of Small Businesses (FSB), said that introducing a tax of this kind without a radical reform of business rates would achieve the polar opposite of the low tax economy set out by the chancellor.

“Small firms already face a host of expenses when they sell online, not least marketplace fees, card transaction charges and courier costs. These outgoings typically take a much bigger comparative chunk out of their bottom lines than is the case for large businesses. ”

Online retailers and tech lobby groups are also preparing to object to the proposals. Dom Hallas, head of start-up lobby group Coadec, described it as “incredibly foolish and counterproductive to punish online retailers for simply doing what customers want”.

The consultation acknowledges that an online sales tax would not be straightforward, noting that “distinguishing between online and offline activity present[ed] a growing challenge ”.

“It would also penalize a new form of commerce which benefits the consumer,” he said. “It’s like a tax on steam engines to protect horse-and-cart transport.”