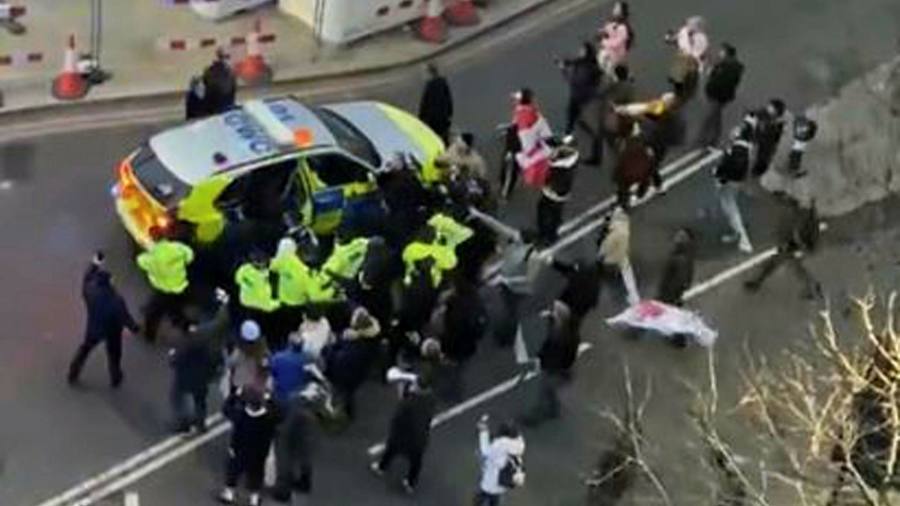 Boris Johnson was under increasing pressure on Monday to offer a full apology to Sir Keir Starmer after the prime minister’s “Trump-style” rhetoric was linked to a mob around the Labor leader in Westminster.

Starmer had to be wrapped in a police car after a crowd, some of them screaming “pedophile”, surrounded the Labor leader and the shady foreign minister, David Lammy. Two people were arrested.

The incident created enormous cross-party pressure on Johnson to fully apologize for his claim that Starmer, as director of public prosecutions, “spent most of his time” not prosecuting pedophile Jimmy Savile.

It also reopened questions about Johnson’s leadership, after a day of relative calm in which his new Downing Street team began work. On Monday, he sang “I Will Survive” with his new communications manager, Guto Harri.

The scenes of anti-wax protesters rounding Starmer with shouts of “traitor” and “Jimmy Savile” were condemned by MPs from all sides, with a shout that Johnson should completely withdraw his remarks from last week.

Lammy said it was “no surprise that the conspiracy theorists bullies who harassed Keir Starmer and I repeated the inconvenience we heard from Boris Johnson last week at the mailbox”.

Julian Smith, a former Tory chief whip, was one of seven Tory MPs who publicly demanded an apology from the prime minister. He said: “What happened to Keir Starmer tonight outside Parliament is appalling.

“It is really important for our democracy and for his security that the false Savile accusations made against him are fully withdrawn.”

Johnson “clarified” his remarks last week – he said he only noted Starmer’s responsibility for the Crown Prosecution Service as a whole – and on Monday he joined the condemnation of the Westminster mob scenes.

“The behavior directed at the opposition leader tonight is completely disgraceful,” he tweeted. “All forms of harassment by our elected representatives are completely unacceptable. I thank the police for responding quickly. “

But a well-placed Conservative official said the incident was “very serious” and that cabinet ministers were discussing the consequences for the prime minister.

“The impact of this can be measured in public sympathy for Keir as much as antipathy for Boris, who is already touching the depths,” the Conservative said. “He should write a proper letter to Keir and express remorse and respect.”

Chris Bryant, Labor chairman of the Commons’ Standards Committee, said Johnson had taken a leaf out of “Donald Trump’s playbook” by playing into right-wing conspiracy theories.

“This is disgusting,” he said. “It’s deliberate. It’s not random – it’s an attempt to incite a mob either online or physically in person.” He added: “That’s not how we do politics in this country.”

The Conservatives last week won a by-election in Southend West caused by the death of David Amess, who was fatally stabbed in a constituency operation last October.

Metropolitan Police said Monday night that a man and a woman were arrested after a traffic cone was thrown at officers at the Westminster site. Starmer was not injured during the incident. 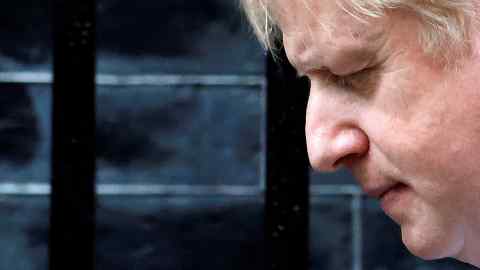 Penny Mordaunt, a minister said to be looking at a Tory party leadership if Johnson was overthrown, tweeted shortly after the event about the “shocking scenes”, adding: “This should be condemned by everyone.”

Sajid Javid, the health secretary, last week praised Starmer’s work as DPP and Monday night tweeted: “There is no room for intimidation or harassment in our democracy. I’m grateful to the police for their prompt action. “

Chancellor Rishi Sunak last week also distanced himself from Johnson’s remarks, saying he would not have made them. Munira Mirza, head of policy number 10, resigned because Johnson refused to fully apologize.

Peter Thiel plans to leave board of Facebook owner Meta