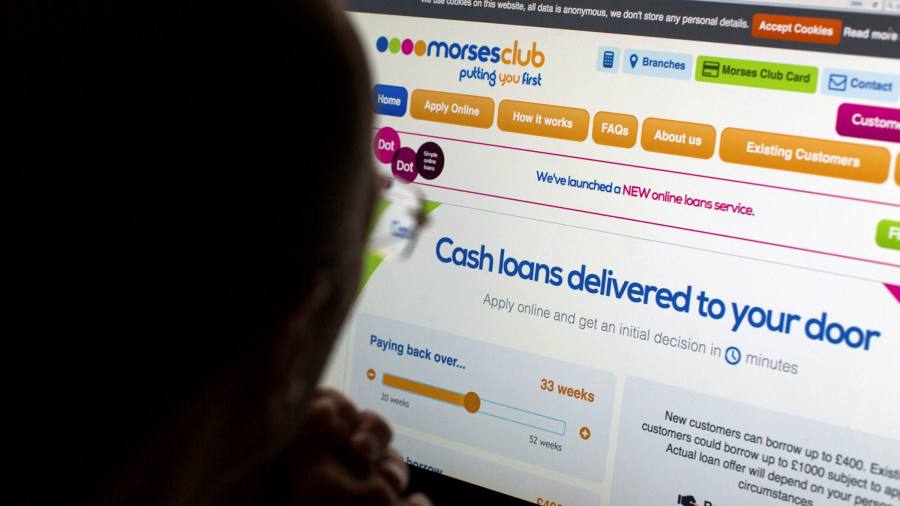 The chief executive of Morses Club, the UK’s largest doorstep lender, sold £ 198,000 worth of shares without informing the company, days before a profit warning that knocked 60 per cent off its value.

The 130-year-old Yorkshire-based group on Monday said a rapid increase in claims against it meant that pre-tax profits would be 20-30 per cent below consensus of £ 7.5mn for this financial year. It also announced the immediate departure of its chief executive, Paul Smith.

In a second release, Morses said Smith had sold 464,119 shares in the lender on February 17, but that the company was only notified of the sale a day later.

Shares in the lender tumbled 63 per cent on Monday and have fallen by more than 90 per cent since the start of the pandemic. It is now worth less than £ 20mn.

It became the UK’s largest “doorstep lender” – meaning it visits borrowers’ homes to collect repayments – last year after Provident Financial closed its home credit business. Morses listed on Aim in May 2016 and has 140,000 customers across the UK.

Smith has been chief executive since 2014 and is a member of the Financial Conduct Authority’s panel for smaller businesses. Morses did not give a reason for his departure from the company.

In a statement on Monday it said: “The company was notified on 18 February 2022 of the disposal of 464,119 shares by Paul Smith, former CEO, on 17 February 2022, having received no prior notification of the former CEO’s intention to deal.”

The most recent statistics from the Financial Ombudsman Service show that in the first half of 2021, 1,585 new complaints were sent to the regulator regarding Morses, largely from claims management companies. These claims are likely to be from customers who believe they have been mis-sold and want compensation. Morses ranked 12th-highest overall for volume of complaints and the third-highest among non-standard lenders, behind Provident Financial and Amigo Loans.

So-called non-standard finance providers, which target customers with poor credit histories, have suffered in recent years as the regulator has clamped down on the sector amid concerns of a cycle of debt dependency.

Activity from claims management companies, which help consumers make claims, has driven up cases against these groups.

The number of active high cost, short-term lenders in the UK fell by close to a third between 2016 and the third quarter of 2020, according to FCA figures.

“Although a negative share price reaction to this morning’s developments is expected, we would note that the stock has traded weakly in recent sessions,” said John Cronin, an analyst at Goodbody.