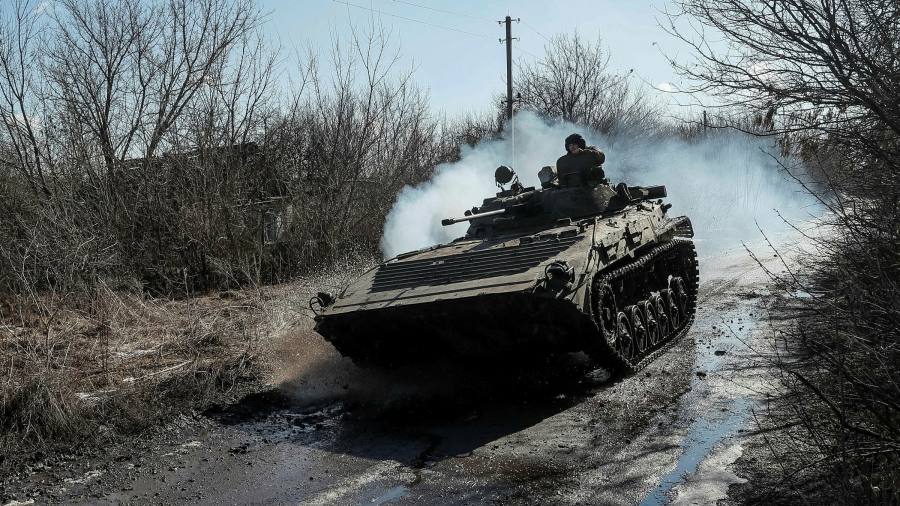 Russia has claimed it destroyed two Ukrainian military vehicles straying into its territory, killing five people, in an unconfirmed incident that would be the first direct clashes with Ukrainian forces since Moscow mobilized 190,000 troops on its border.

The army’s southern military district said in a statement that a “diversionary reconnaissance group” was discovered at 6am on Monday near the border village of Mityakinskaya and claimed that Ukraine sent two infantry fighting vehicles to “evacuate them from the battlefield”.

Russian forces “destroyed both Ukrainian fighting vehicles with anti-tank weapons”, it added. “As a result of the clashes five members of the diversionary reconnaissance group who violated the border of the Russian Federation were destroyed,” the statement said, adding that no Russians were hurt in the fighting. Russia did not provide any evidence to support its claims.

Russia-backed separatists in eastern Ukraine’s Donbas region have accused Kyiv of launching an offensive to retake the breakaway territories on the Russian border, where more than 14,000 people have died since Moscow annexed the Crimean peninsula in 2014.

Ukraine says Russia is trying to use the claims as a pretext for a renewed invasion of the country.

Europe’s Stoxx 600 dropped sharply after the Russian army released its statement. The gauge was down 1.8 per cent in afternoon trading, with Russia’s Moex stock index off 8.1 per cent. The ruble fell 1.5 percent against the US dollar.

This story is developing. . .