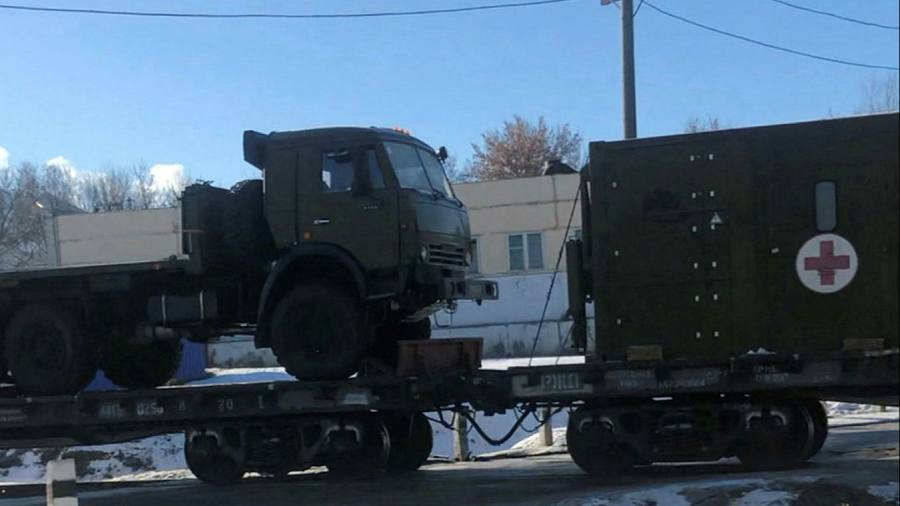 In late December, Russia pulled back about 10,000 soldiers from areas near the border with Ukraine, temporarily easing tensions.

But within weeks, troop numbers in the region had ballooned again, marking one of the biggest military build-ups Europe had seen in decades – large enough for Washington to warn that Russia had the means to invade Ukraine at any moment.

Analysts are therefore treating with bail Moscow’s latest announcement that it is ready to de-escalate. On Tuesday, the defense ministry announced that some units of its southern and western military districts, which border Ukraine, had completed drills and would be pulling back to base.

Videos released by the ministry showed tanks crossing snow-covered fields and being loaded onto railway cars for removal.

Russia’s defense ministry spokesperson Igor Konashenkov said some planned exercises had been completed and troops would return to permanent base, “as they always do”. A day earlier, Defense Minister Sergei Shoigu said some drills were wrapping up.

But although NATO Secretary-General Jens Stoltenberg said he read the developmwith “cautious optimism”, he warned that, with no sign of any de-escalation on the ground, everything remained in place for a Russian attack.

Last year, when they were withdrawing troops, it was as if they accidentally forgot about a couple of armies, leaving them behind,

“What we need to see is a significant and enduring withdrawal of forces, troops, and not least the heavy equipment,” Stoltenberg said.

Instead, analysts said, Russian military leaders had demonstrated the complicated nature of drawdowns.

“Last year, when they were withdrawing troops, it was as if they accidentally forgot about a couple of armies, leaving them behind,” said Ruslan Leviev of the Conflict Intelligence Team, which uses open sources to monitor Russian military activities.

Ruslan Pukhov, director of the Center for Analysis of Strategies and Technologies, a Moscow defense think-tank, said the withdrawal amounted to “open de-escalation” but did not mean the tensions would necessarily subside.

“It has not solved any of the Russians’ fundamental goals. Ukraine is even more hostile than it was – and nobody has met any of Russia’s demands, ”Pukhov said.

Russia’s focus on sending heavy weaponry and equipment to the border first – leaving the comparatively easy troop deployments until the final stages of the build-up – may have also led western governments to overestimate the forces near the Ukrainian border, Pukhov added.

“You should have around 1,000 people in a [unit], and I think they had 650 at the most. So at the end of the day there was no way they could have bent such a big country [as Ukraine] to their will with those forces, ”he said.

Some western officials say that rather than seeing signs of withdrawal on the ground, the opposite is true: some forces go in, some go out, but on balance there is more reinforcement. This kind of action could well continue, officials say, as Russia dials the tension up and down to maintain pressure on Ukraine.

“I hope my skepticism is proved wrong, but we have seen this pattern before, during the build-up that began last year,” said Henry Boyd, military analyst at IISS in London.

Speaking at a meeting with German Chancellor Olaf Scholz on Tuesday, Russian President Vladimir Putin confirmed that “a decision has been taken to partially withdraw forces” following what Moscow claims were exercises involving more than 130,000 troops near the border with Ukraine and in neighboring Belarus.

But he said future negotiations would hang on the situation on the ground, which he said could change at any moment – suggesting any drawdowns could be rapidly reversed. “Who can say what the situation will be like? Nobody, for now. And it does not depend only on us, ”Putin said.

Both Leviev’s team and open-source monitors at military analysis firm Rochan Consulting said they had seen signs of new deployments to the border regions in recent days. 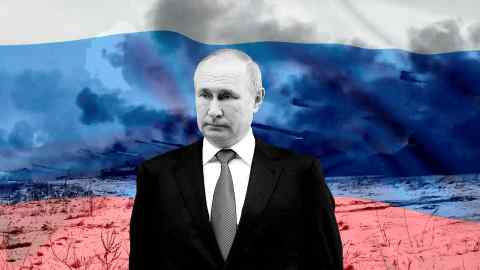 “Over the last few days, there was again an influx of videos which showed new equipment arriving at the border with Ukraine, or near the border,” said Konrad Muzyka, Rochan Consulting’s director.

“So we have to verify [Russia’s statement], ”Muzyka said. “The most recent troop deployments suggest that it is not genuine.”

It was also significant, said Leviev, that the statement about troops returning to their bases did not mention units from the Far Eastern Military District, which have been deployed from locations thousands of miles away.

The Far Eastern units were largely deployed in January as part of the Allied Resolve 2022 joint military exercises Russia is holding with Belarus.

These exercises, which have seen at least 30,000 troops deployed to Belarus, according to US intelligence reports, are due to finish on February 20. Russian officials have said that troops in Belarus will return once the exercises are over.