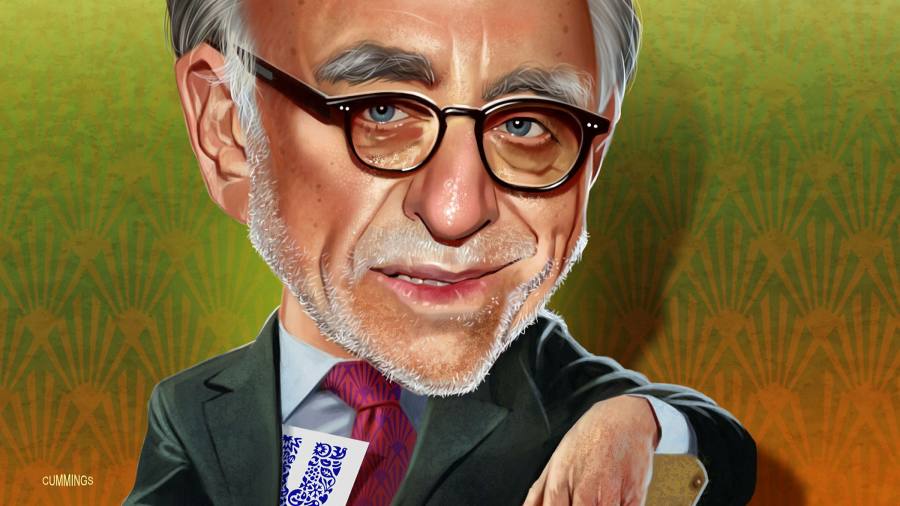 In late September Nelson Peltz met the chief executive of Unilever, Alan Jope, for breakfast at Claridge’s. Peltz had organized the meeting to lobby against the recent announcement that Unilever’s Ben & Jerry’s brand would stop selling ice cream in the occupied Palestinian territories – an apparent protest against Israeli settlements. Peltz told Jope his opinion: no company has any place making these kinds of political statements.

This remains the only conversation the two men have had – so far. Last weekend it emerged that Trian Partners, the $ 8.5bn activist fund that Peltz co-founded in 2005, had quietly built up a stake in Unilever, the consumer goods company best known for products such as Dove soap and Hellmann’s mayonnaise.

Until then the only Peltz in the UK headlines this year was Nicola Peltz – one of Nelson’s 10 children – who is marrying Brooklyn Beckham this spring. But news of Trian’s stake changed all that, sending Unilever’s share price soaring over 7 per cent, leaving the company rushing out their plans to ax 1,500 management roles, and propelling the 79-year-old billionaire into the spotlight.

Known for his turnrounds at big consumer goods companies like Snapple, Heinz and Procter & Gamble, Peltz is expected to attempt a similar feat at underperforming Unilever. The shareholder tide may be on his side. The company faces simmering investor discontent after its failed £ 50bn takeover of GSK’s consumer health division. Terry Smith, a top shareholder, has accused Unilever of burning its sustainability credentials at the expense of making money.

Peltz has “a piratical charm and a velvet glove”, says Roger Carr, who was chair of Cadbury when the activist successfully campaigned to split its drinks business from confectionery. “But do not mistake the iron fist. He is relentless in pursuit of his own objective, which is value creation. ”

“He always prefers to win you over through his enthusiasm and optimism,” says one friend. “But as any true east New York kid, he will not shy away from a fight if it is the only way forward.”

Peltz grew up in Brooklyn and later dropped out of Wharton business school because he was bored. He gained early experience working as a delivery truck driver for his family’s wholesale frozen food distribution business. The job was intended to be a stop-gap before he became a ski instructor but Peltz stayed for 15 years.

“He understands companies in a way that I find most activists do not,” says one executive who has worked with him. His experience taught Peltz one crucial lesson: ‘sales up, expenses down’, a mantra emblazoned on the mugs in Trian’s offices. “He’s a thoughtful investor and has good operating chops,” says Bill Ackman, founder of activist investor Pershing Square.

In 1983 Peltz and his business partner, Peter May, bought a stake in Triangle Industries and built it into the largest packaging company in the world. Together with Peltz’s son-in-law, Ed Garden, they founded Trian in 2005.

Soon afterwards, they launched a corporate battle to shake up Heinz. Initially Peltz locked horns with chief executive William Johnson, who claimed he “does not understand our business” and warned that if he got “on the board, you’re going to have a destabilizing situation.” But Peltz went on to win two board seats and play a key role. “He was very informed, highly-focused and an engaged director,” Johnson later said.

A similar situation played out at P&G, where Peltz built up a $ 3bn stake and won a board seat by a 0.0016 per cent margin. Those who have worked both with and against Peltz say that, unlike other legendary activists, he rolls up his sleeves and sticks around. “Nelson is actually helpful,” says a person close to P & G’s board. “The key to his success is that he thinks very much operationally, rather than just some sort of McKinsey guy who wants to split the company.”

Peltz lives on a sprawling waterfront estate in Palm Beach, where he is a neighbor of Donald Trump. A one-time confidant of the former president, Peltz has recently distanced himself from Trump, telling CNBC he believed the Capitol Hill riot permanently tarnished his legacy, and that he was “sorry” he voted for him.

The activist investor’s notable failures include General Electric, the US conglomerate where Trian revealed a $ 2.5bn stake in October 2015. Initially Jeff Immelt, the chief executive, welcomed his arrival. But a year later, when GE performance was lagging, Peltz’s tone shifted. Immelt wrote in his 2021 memoir that Peltz told him: “Jeff, I want you to know I love you like a son in a lot of ways, and I would never do anything to harm you, but we’re at a point where we need to make a change. ”

Peltz, for his part, told CNBC in 2019 that Trian sold about a third of his position in GE for a profit but made a “big mistake” in not completely offloading the entire stake. Trian still owns around 4m shares in GE, worth about $ 360m today.

Unilever has not commented on Trian’s arrival and Peltz also remains tight-lipped. But investors are looking to the P&G playbook, where Peltz battled to simplify its bloated corporate structure. The group’s total return to shareholders grew 99 per cent during his board stint.

“Nelson Peltz’s style is to engage with management to trigger change rather than to stand on the sidelines and be disruptive,” says Carr. “Although clearly his very presence is disturbing.”