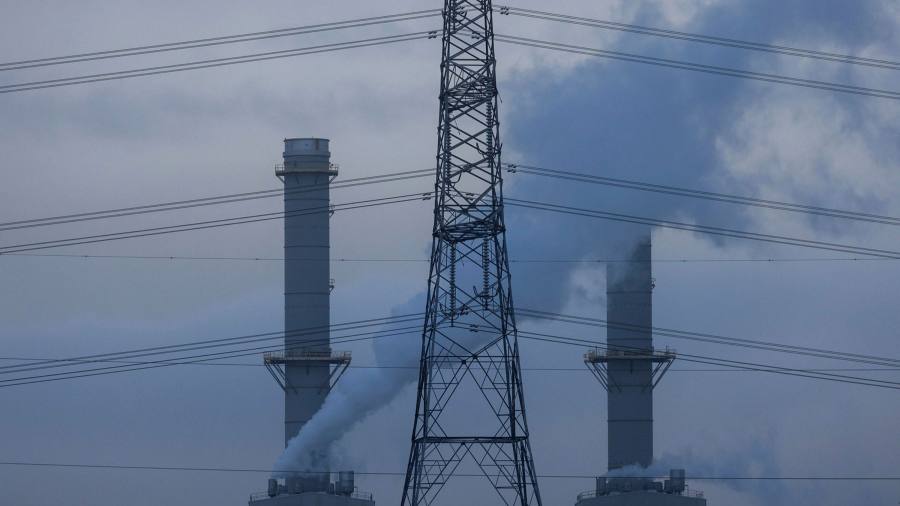 Twenty-five of the world’s biggest companies with “net zero” targets plan to cut absolute emissions by only 40 per cent on average, according to a new report that highlights the complexity surrounding voluntary corporate emissions targets.

Unilever, Nestlé, BMW, Eon and Accenture are among multinationals listed as having “low integrity” climate targets in the analysis released on Sunday by European NGOs the NewClimate Institute and Carbon Market Watch.

Of the 25 companies evaluated in the Corporate Climate Responsibility Monitor report – which represents 5 per cent of all greenhouse gas emissions globally and have combined annual revenue of $ 3.2tn – half were found to have no absolute emissions-reduction goal for their “net zero” target year.

“There is not sufficient regulation or accountability for these companies, they have a free pass essentially,” said Thomas Day, lead author and founding partner at the NewClimate Institute. “In the end, what is really important is not these net zero claims but rather what they actually commit to.”

Many of the companies insist their pledges are in line with accepted global standards. But voluntary reduction targets are largely self-enforced and certified by a handful of non-profit groups, some of whose methodology the report criticized.

Even though most of the companies analyzed have won positive climate ratings from environmental groups such as CDP and the Science Based Targets initiative, the study said these scores often included “loopholes” that undermined their usefulness.

German utility Eon, for example, has pledged to cut emissions by 100 per cent by 2050. Its target excludes energy sold to wholesale markets, however, which accounts for roughly 40 per cent of its energy sales, according to the report.

Eon said these sales were excluded to avoid double counting the emissions of customers, in line with widely used standards of the Greenhouse Gas Protocol, and that “the Corporate Climate Responsibility Monitor 2022 does not methodically correspond to the internationally valid standard”.

Benjamin Ware, global head of climate delivery and sustainable sourcing at Nestlé, also highlighted the report’s use of “different metrics from those that are most commonly used in the industry”.

“For now, the greenhouse gas protocol and the SBTi. . . has set the norm in the industry, ”he said, while the authors of the report had“ created their own parameters ”.

Of the 25 companies analyzed, only one, shipping group AP Moller-Maersk, was found to have “reasonable integrity” in its climate target. Three more companies – Apple, Sony, and Vodafone – were found to have “moderate” integrity.

The remaining 21 were found to have low or very low integrity in their climate targets.

Because net zero targets can include the use of carbon offsets to compensate for emissions, they do not necessarily require a company to cut its actual emissions.

The 25 companies were selected by taking the world’s largest companies by revenue that have committed to net zero targets, but with a maximum of five companies per country and two per sector. Financial businesses were excluded.

The report was critical of the Science Based Targets initiative, which awarded certification of “1.5C compatible” emissions targets to 16 of the 25 companies, saying there were “loopholes” in the certification process.

SBTi said it “welcomed” the scrutiny and that the different conclusions between its rating system and the new report was the result of differences in base year selection, as well as in accounting for “scope three” emissions, which include those produced indirectly by a company end users.

SBTi said it was reviewing its scope three criteria and would update its methodology by the end of the year.

Several of the companies analyzed in the report, including Unilever, BMW and Accenture, said they disagreed with its characterization of their climate targets.