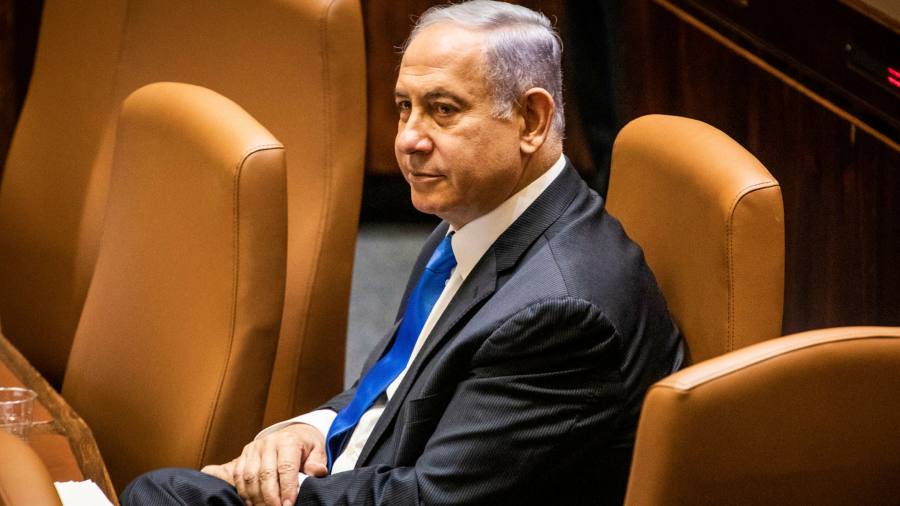 Former Israeli Prime Minister Benjamin Netanyahu’s trial for corruption has been thrown into disarray after an Israeli newspaper alleged that police hacked his aides’ and his son’s phones without a warrant during their investigation.

The Calcalist newspaper reported, without citing any sources, that Israeli police had regularly deployed Pegasus, a cyberweapon that surreptitiously defeats smartphone encryption, on dozens of people, including some involved in the case without receiving a warrant. If correct, this would be the first use of the spyware on Israeli citizens.

The judges delayed Monday’s hearings until prosecutors responded to the allegations. Prime Minister Naftali Bennett, who ended Netanyahu’s 11-year grip on power in June, announced a commission of inquiry to get to the bottom of the allegations. Neither the Financial Times nor other Israeli newspapers were able to independently confirm the report.

Netanyahu, who has pleaded not guilty in all three concurrent trials on corruption, seized on the allegations as evidence that his trial was a politically motivated witch-hunt, using “the most aggressive tools in the world,” he said in parliament on Monday.

“Spyware meant for thwarting terrorism and fighting our enemies was turned into a daily tool by police officers to spy on citizens in breach of every norm and every law,” he said. “Who knows what kind of improper use was made with this espionage?”

It is unclear what information the police might have harvested from the phones of Netanyahu’s son or his aides. The list of people said to have been illegally hacked included an aide-turned-state’s witness, Shlomo Filber, who was expected to give testimony this week against Netanyahu and the owner of a major telecoms group in a Jerusalem court.

Whether the trial will be allowed to continue in part hinges on whether the police officers who hacked their phones then shared it with the team that was investigating Netanyahu. Israeli police have previously admitted that they have found some irregularities on how Pegasus was deployed, but did not address specific cases.

The revelations have brought home the controversies regarding Pegasus-manufacturer NSO Group, which has spent years battling allegations that it sells its cyberweapon to countries that then regularly use it to violate the privacy and rights of academics, dissidents and journalists.

The company’s business exploded during Netanyahu’s tenure as prime minister, when it was used by the Israeli government to build relationships with Gulf neighbors and Muslim-majority nations, and to reward smaller countries for backing Israel in international forums like the UN.

But while the software was regularly abused by Israel’s allies, including Saudi Arabia, the UAE and others, this is the first time it has been alleged to have been used on Israeli citizens.

The company has said that it only sells the weapon after careful vetting, and only for countries to use to thwart terrorism. It also says it has no way to know how the weapon is being used after being sold.

Others on the list compiled by Calcalist include civil servants at various ministries, the leaders of anti-Netanyahu protests, the chief executives of at least two telecoms companies, senior journalists at Walla !, a news outlet, and other members of Israel’s elite.

“The reports about Pegasus, if they are true, are very serious,” Bennett said. This tool (Pegasus). . . is not intended to be used in phishing campaigns targeting the Israeli public or officials – which is why we need to understand exactly what happened. ”