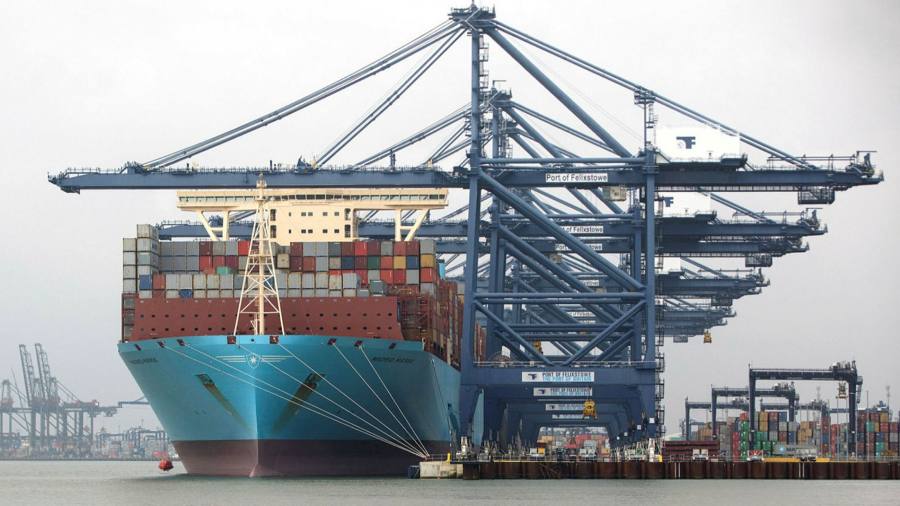 Container shipping giant AP Moller-Maersk has learned from past mistakes and will do better in its latest efforts to build a broader logistics business, the company’s controlling shareholder and incoming chair has insisted.

Robert Uggla, who is 43 years old and the fifth generation of Maersk’s founding family, told the Financial Times in a rare interview that, in the past, the group had made acquisitions “where maybe we should have said no”.

Maersk is using bumper profits from sky-high freight rates to accelerate its plans to expand into land-based logistics, announcing more than $ 6bn of acquisitions in the past four months.

Some investors are skeptical. But Uggla said the founding family’s push in 2016 to split the company into two separate groups and sell its energy businesses to focus on shipping and logistics meant it was easier to focus on doing the right deals.

Uggla, who has done only one other interview in the past five years, is due to become Maersk’s chair next month, replacing Jim Snabe. He already coordinates the family’s investments as chief executive of AP Moller Holding, which together with two family foundations controls more than 70 per cent of the votes in Maersk.

The change in chair had “been planned to safeguard the momentum of the strategy” by allowing the next generation of the family to take a more active role than his mother, Ane, who had not wanted to follow the tradition of heading the board.

Maersk would continue with its current strategy, he said, aiming to become a factory-to-consumer logistics group, as well as investing in green shipping and increasing shareholder payouts. It announced a $ 1bn investment to expand its air freight operation in November, a $ 3.6bn deal for an Asian contract logistics business in December and a $ 1.7bn US logistics group transaction this month.

“We live in extraordinary times,” said Uggla. “We are all mindful that there will be a time when freight rates normalize. We need to seize the moment. ”

Niels Andersen, a portfolio manager at Danish fund manager Bankinvest, said Maersk had tried to expand into logistics before “and [has] failed many times before ”. For example, Maersk had long-running difficulties with its Damco logistics brand, acquired as part of a € 2.3bn acquisition of P&O Nedlloyd in 2005 that it struggled to integrate. It eventually axed the brand two years ago.

“Are the acquisitions sensible? Will they generate good returns or are they mainly bought because capital was plenty and was burning a hole in their pockets. Time will show, ”he added.

Uggla also elaborated on the running of AP Moller Holding, the newly established investment vehicle that owns most of the family’s Maersk stake and a number of smaller businesses. He called it “a start-up within a 100-year-old group” that was also aiming to take advantage of a “few macro themes”.

APMH, which has assets of $ 88bn that have annual revenues of $ 65bn, is a long-term investor in four areas: the global supply chain, energy transition, sustainable “circular” business, and demographics. It owns companies investing in geothermal energy, wind turbine suppliers, sustainable packaging, and healthcare diagnostics and has set up a non-profit center researching emission-free shipping.

But Maersk was the core of the family’s business interests, he said, adding that it would never sell. APMH is also the biggest shareholder in Danske Bank, which has been mired in a money-laundering scandal in recent years. It has no intention of selling its stake here either, Uggla said.

The family has been more in the background at Maersk since Maersk McKinney Moller, the driving force behind its rise in container shipping, stepped down as chair in 2003, aged 90.

Uggla, who had various operational roles at the shipping group before he joined the board in 2014, said that, between 2000 and 2016, Maersk “stagnated as a group [and] it was clear there was a lack of renewal ”. He added: “We did not really plant many seeds for the future. So the family’s point of view in 2016 was that the structure was one of the impediments to renewal. ”

Uggla said that with the 2016 split – the oil business was sold to Total for $ 7.5bn the following year and the drilling rig company demerged – the “risks of not doing it were greater than the risks of doing it”.

“From the family’s point of view, it’s hard to change what you have and what has been successful. So it was not an easy decision. But in hindsight it was the right decision. “