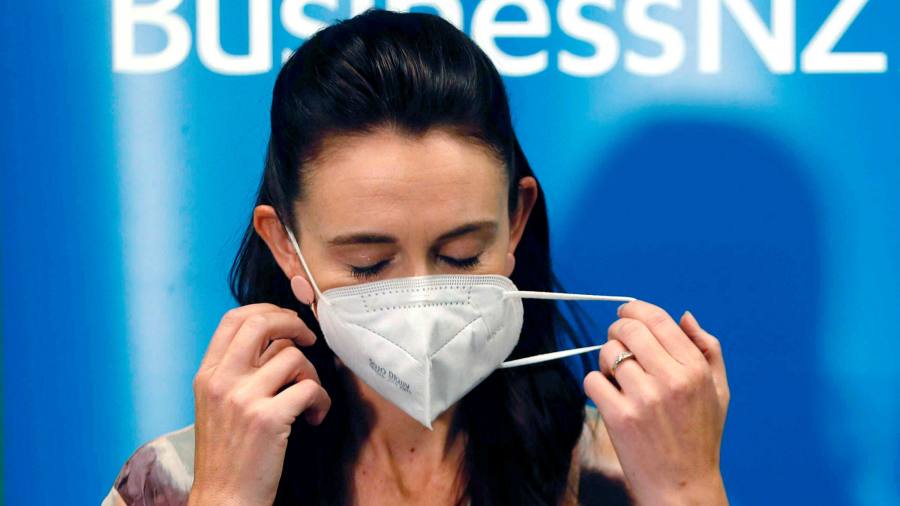 Jacinda Ardern said New Zealand would gradually reopen its borders to citizens, workers and international travelers a week after a poll revealed that support for her as prime minister has dropped to the lowest level since she was elected in 2017.

Pressure on Ardern’s government intensified last week when it was reported that Charlotte Bellis, a pregnant journalist from New Zealand, was unable to fly back to the country from Afghanistan to have her baby. Bellis has since been allocated a place to return, but thousands of New Zealanders remain stranded abroad.

New Zealand adopted one of the strictest border policies in the world to stop the spread of Covid-19. The approach proved popular in the early days of the pandemic, but patience has worn thin after a planned border reopening in January was delayed because of the emergence of the highly infectious Omicron strain.

A 1 News Kantar poll showed support for Ardern as leader had declined to 35 per cent, though it remained well above Christopher Luxon, the leader of the opposition, at 17 per cent. The poll also revealed a sharp drop in confidence about the country’s economic outlook, with almost half of those surveyed now pessimistic.

New Zealand will allow vaccinated citizens based in Australia to return from February 27 and has dropped quarantine restrictions in favor of self-isolation and rapid antigen testing. It will phase in arrivals for its citizens in other countries, skilled workers and students over the following weeks and months, with a full reopening to non-citizens in October.

“It’s time to move on,” Ardern said on Thursday, adding that the gradual approach would allow more New Zealanders to receive boosters to protect against Omicron. Positive cases are running at about 140 a day.

Ian Taylor, chief executive of Animation Research, a Dunedin-based graphics company that works with media groups for sporting events, said some businesses had started to move operations offshore out of frustration with the sealed borders.

He added that refusing to allow citizens to return to New Zealand was an even bigger problem, as some families with young children had been separated for two years.

“As a country, we keep talking about leading the world in keeping our people safe,” said Taylor. “But we also lead the word in having our citizens stranded overseas. That’s criminal. ”

Ardern tightened restrictions within New Zealand last month and delayed her wedding after the first cases of Omicron were detected in the country.

Kevin Ward, chief executive of the NZ Airports Association, called on the government to reconsider whether self-isolation was still appropriate, with a growing number of countries allowing quarantine-free travel. He said that demand from Australian tourists – excluding those visiting family – was estimated at only 7 per cent of 2019 levels this year.

“Expecting self-isolation to still be required for travel to New Zealand later this year when the trans-Tasman market reopens makes no sense,” he said.

Air New Zealand shares gained 3 per cent after it opened up bookings into the country following Ardern’s statement.

The Road to Recovery

What you need to know about business and the economy, post-pandemic. Sign up here