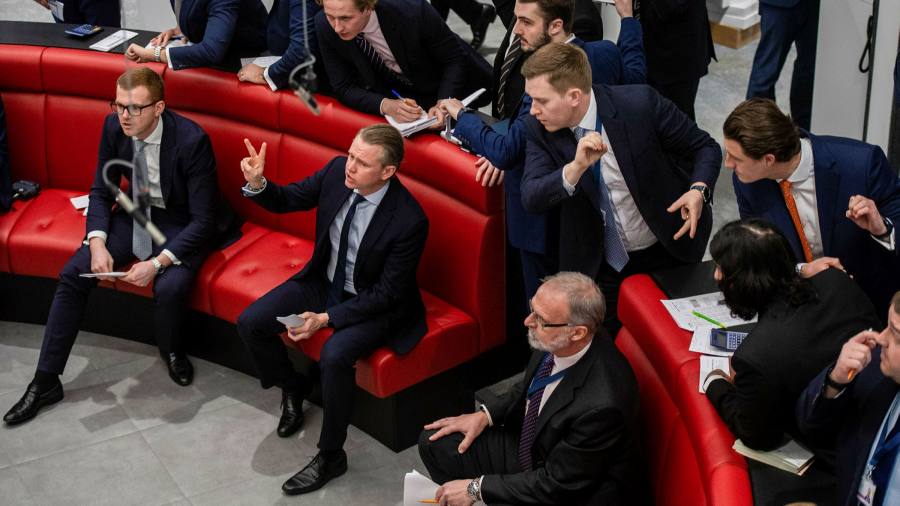 After the collapse of Lehman Brothers, pushing more financial contracts on to exchanges backed by a central counterparty was important in the regulatory recovery plan.

Exchange trading brought transparency about exposures for different players. Clearing gave certainty and protection in the event of a default. What could possibly go wrong?

Plenty, it seems, given the disarray at the London Metal Exchange which on Tuesday suspended trading in nickel after a 250 per cent spike in the price and canceled several hours of trades.

The result is a cast-iron mess. The short version: the nickel price had drifted up after Russia’s invasion of Ukraine. But this week it lost any passing connection to reality. After surging on Monday, it then spiked in the early hours of Tuesday to $ 100,000 a ton, twice its previous record. As widely reported, the tycoon behind Chinese nickel producer Tsingshan Holding Group had built up a vast short position, was caught in a squeeze and struggling to post the required margin against that exposure.

What started as a problem for Xiang “Big Shot” Guangda quickly became a market issue, given the knock-on impact of marking other brokers ‘and their clients’ positions to the extreme market price. What seems pretty clear is that the LME, which is owned by Hong Kong-based group HKEX, was too slow to shut down trading.

Canceling trades has left the exchange in an invidious position. It’s not clear how trading will resume in an orderly fashion, especially given talk that Tsingshan is resisting exiting its position.

The LME has left itself wide open to conspiracy theorizing that its ownership contributed to decisions to spare some market participants at the expense of others – something that could quite easily result in litigation. Chief executive Matthew Chamberlain has said in interviews the exchange would use discretion to give any market participant more time in this situation. But he has also conceded that it stepped in to save some members, said to be four or five smaller brokers who were facing losses.

One reasonable explanation would be that the exchange acted in its own self-interest, and that of the system; that it was facing a situation where losses among brokers threatened (or at least could threaten) to overwhelm its clearing house, which was only launched in 2014. The price moves dwarf the stress testing for LME Clear, notes Helen Thomas (no relation) of Blonde Money: that envisaged only a 26 per cent upwards move in nickel.

Apparently not: the LME’s brokers’ default funds and its mutual fund of $ 1.1bn could have absorbed the likely losses, according to people familiar with the matter. The suggestion is that the knock-on effects on brokers’ ultimate clients and the confidence in the market still merited stepping in.

This does not quite add up. But it clearly suggests a market and a regulatory set-up that is not fit for purpose. That can not be laid entirely at the LME’s door. It has previously floated introducing more safeguards, like greater visibility on client’s total exposures and position limits, only to be rebuffed by its generally reactionary members. It is introducing circuit breakers in its attempts to reopen, a measure in place in the Shanghai Futures Exchange which more generally has some of the basic rules and transparency that the LME lacks.

This is a 145-year-old market that has seemed hell-bent against reform or modernization, defeating a proposal to close its open outcry floor and requiring a code of conduct in 2019 to make clear that daytime drinking and official parties at the Playboy Club just weren’t really on.

The LME is going to have to be much clearer about what happened and why, if it is to regain credibility, with considerable uncertainty about just how vast the Tsingshan short was allowed to get and the sums involved. The idea that concern for end users of metals lay behind all this is ironic, given that some express concern that this is a market geared around the interests of its members and not the ultimate clients.

One question now is whether the exchange will get tougher in confronting the freewheeling preferences of its members by introducing safeguards into the market. Another is why one of the regulators, the Financial Conduct Authority for the LME and the Bank of England for the clearing house, had not already insisted on and supported this in the past.