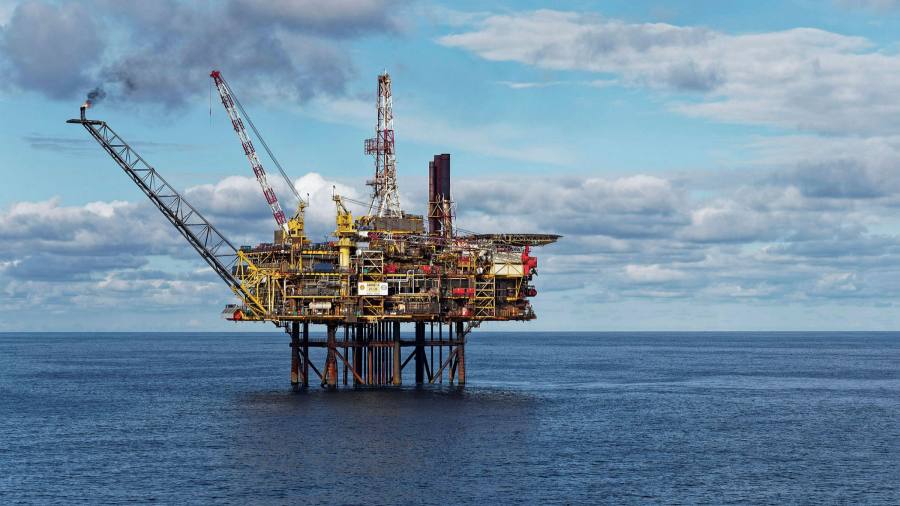 Bumper earnings for Shell have lent support to the popular assumption that oil companies in the UK’s North Sea have made huge profits from soaring gas prices, leading to renewed calls from the Labor party for a one-off windfall tax to offset consumer energy costs.

The London-headquartered energy major reported annual earnings of more than $ 19bn on Thursday, driven by what one bank described as “monster” profits from its integrated gas division.

Shell produces natural gas all over the world. It also remains a significant producer in the North Sea. But it is by no means the biggest.

French supermajor TotalEnergies was the largest gas producer in UK waters last year, pumping 5.6bn cubic meters, more than three times as much as Shell, according to data from the consultancy Rystad Energy. London-listed Harbor Energy and Spirit Energy, controlled by the UK’s Centrica, were the second and third largest producers, followed by BP and private equity-backed Neo Energy.

With Total and BP to report earnings next week, calls for a windfall tax are only expected to get louder.

“It is clearer than ever that the North Sea oil and gas producers who have made a fortune recently should be asked to contribute,” Ed Miliband, shadow secretary of state for climate and net zero, said on Thursday.

Greenpeace UK tweeted: “A windfall tax on the mega profits made by fossil fuel giants could raise £ 4bn and be used to protect people from soaring prices. This is the fairest solution to the energy crisis. ”

Although they are profiting, the North Sea oil and gas producers are not to blame for the record wholesale prices that have bankrupted nearly 30 UK energy suppliers and forced UK regulator Ofgem to raise its cap on retail prices by 54 per cent.

A combination of renewed demand as the coronavirus pandemic receded, increased competition for gas from Asia and constrained supply to western Europe from Russia, have driven the wild rally. At one point in December UK prices were up 800 per cent in 2021, before ending the year roughly three times higher than where they started.

The extreme swings in prices have at times exposed the producers. In October, Shell told investors that supply problems at some of its liquefied natural gas facilities had forced it to buy from the spot market in order to fulfill long-term contracts, just as prices spiked.

Nathan Piper, analyst at Investec, said UK producers with large levels of debt tended to hedge much of their production to limit their exposure to price swings as part of their agreements with lenders.

Harbor has hedged 65 per cent of its gas production for 2022 at a price of 49p per therm, well below current spot prices. In contrast Serica Energy, the UK’s 10th-largest gas producer, said last year that 80 per cent of its projected oil and gas production volumes were unhedged, allowing it to retain “material upside” from soaring prices.

Ben van Beurden, Shell chief executive, said he was alarmed by the spiralling costs for households but argued that the extreme price volatility was the result of a supply crunch that a windfall tax would not fix.

“I understand the concerns and I also understand the need for politicians to react. . . but I would say let’s take a very close look at what caused these problems, ”he said this week after reporting a quadrupling of the company’s annual earnings.

Shell withdrew from a contentious UK oil project last year that had become a focus for environmental opposition. But Van Beurden said Shell was still keen to invest in UK gas production that would “help alleviate [supply] pressures ”, as long as the fiscal regime remained“ favorable ”..

A “supplementary charge” on UK oil and gas producers’ earnings, currently 10 per cent, already exists and could be easily increased. But so far the government appears inclined to back Shell’s position.

“The obvious outcome of a windfall tax would be to deter investment and right now I want to see more investment in the North Sea, not less,” UK Chancellor Rishi Sunak said in the House of Commons on Thursday.

The UK was energy independent in the heyday of North Sea supply but now imports more than half of its gas, via pipelines from Norway and the EU and LNG shipments from countries such as Qatar.

Higher taxation would deter investment and increase that dependency on imports, the industry says.

“Part of the reason we’re in the position we’re in, with gas prices at the level they are, is because there’s been a lack of investment,” Andrew Austin, a North Sea veteran whose latest company Kistos recently acquired a minority stake in four UK fields operated by Total, told the FT this week.

Total said it was “proud of its operations” in the North Sea, which provided reliable supplies of gas to the UK and tax revenue to the British government. BP, Eni, Harbor, Spirit and Neo Energy all declined to comment.

Piper at Investec noted that exploration drilling in the North Sea was already at an all-time low and argued that the financial hit from a windfall tax would cut it further.

However, with 22mn households facing a 54 per cent rise in their domestic energy bills, it was going to get harder to push back against higher tax rates, he said.

“The matching up [of] record cash flows for oil and gas companies with people suffering under very, very high fuel bills is difficult. ”