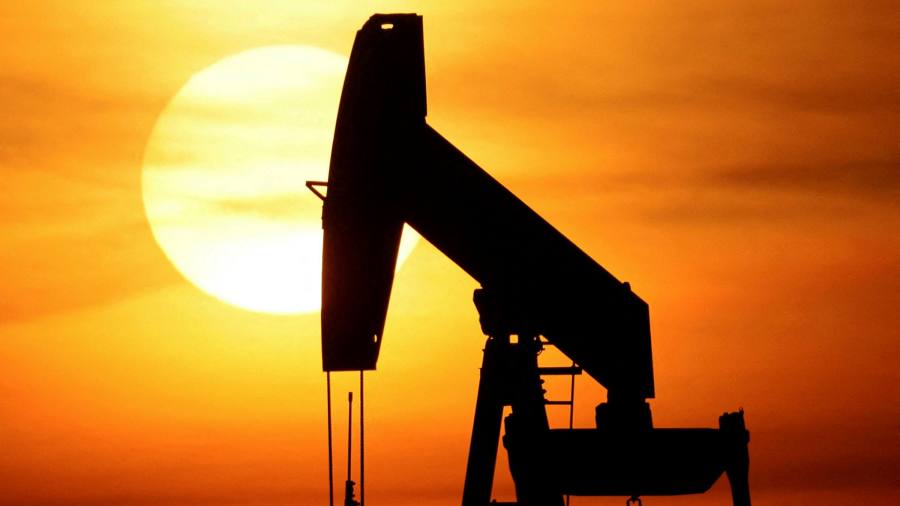 Oil pushed further above the $ 100 threshold and Asian shares sold off on Wednesday after Russia intensified its attacks on Ukraine’s biggest cities and adopted more aggressive tactics.

The latest gains for oil, which left Brent almost 16 percent higher since Russian President Vladimir Putin launched his invasion, came as Russia stepped up its bombardment of Ukraine’s biggest cities.

Sanctions imposed on Russia by western countries have sought to avoid the energy sector but have nonetheless stoked volatility in global markets on concerns over disruptions to supply. But US energy group ExxonMobil said on Tuesday it would exit Russian oil and gas operations, marking the latest corporate exit in response to the invasion.

Joe Biden has also come under mounting pressure to ban Russian oil imports, with both Republicans and Democrats calling on the US president to cut off energy ties with the Kremlin. In his State of the Union speech on Tuesday, Biden voiced support for punitive measures against Russia but stressed that getting prices under control was his “highest priority”.

“The Russia-Ukraine conflict will probably continue to dominate markets for the foreseeable future,” said Robert Carnell, head of Asia-Pacific research at ING. “The announcement yesterday that Russia will not pay coupons to foreign holders on its government debt should push investors further into safe havens.”

In Asian markets, equities sold off, led by a 2 per cent drop for Japan’s benchmark Topix. China’s CSI 300 index of Shanghai- and Shenzhen-listed stocks and Hong Kong’s Hang Seng index both shed more than 1 per cent.

The falls followed sharp declines on Wall Street, where both the S&P 500 and tech-focused Nasdaq Composite dropped 1.6 per cent. Futures tipped the S&P 500 to edge up 0.2 per cent on Wednesday, while the Euro Stoxx 50 was set to dip 0.3 per cent after finishing Tuesday’s session down 2.4 per cent.

In sovereign bond markets yields on US Treasuries steadied after rallying on Tuesday, as investors sought havens to mitigate share price falls. Yield on the 10-year US Treasury was up 0.03 percentage points at 1,745 per cent after dropping almost 0.1 percentage point during the previous session.

In currencies, the ruble steadied at about 108 against the dollar after a punishing route this week that has left it almost 30 per cent lower since the invasion began.