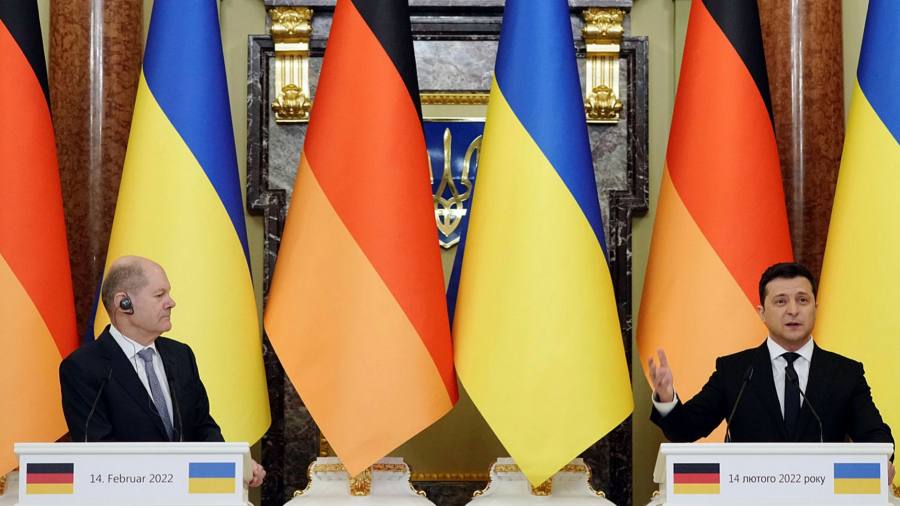 Many people hope for a quiet, settling-in period when they start a big new job. That privilege has not been granted to Olaf Scholz. The German chancellor was sworn into office on December 8 and now finds himself in the midst of the biggest European security crisis in decades.

On Tuesday, Scholz will face his biggest challenge yet – when he meets Vladimir Putin in the Kremlin. With the US warning that Russia could invade Ukraine at any moment, the stakes could not be higher.

Throughout this crisis, Russia has attempted to sow division within the western alliance and has seen Germany as a possible weak link. So Scholz should go into the Putin meeting with some clear goals and messages. He needs to stress the unity of the NATO alliance and to underscore that Russia will be hit with severe economic sanctions – if it attacks Ukraine. Western unity and firmness remain the best way to deter Russian aggression.

There are some specifically German issues that Scholz has to deal with. The fate of the unopened Nord Stream-2 gas pipeline that runs from Russia to Germany, bypassing Ukraine, has become a test of western and German resolve. Scholz has equivocated in public about Nord Stream-2 and has refused to say that a Russian attack on Ukraine will doom the project.

It would be best if the German chancellor now openly said that Nord Stream-2 will close the day that war begins. Scholz may be unwilling to say this publicly, for fear of leaving the German government open to a costly lawsuit. If so, the message to Putin should be delivered firmly, but privately. Nord Stream-2 is a highly symbolic project and any equivocation will be dangerously open to misinterpretation by Moscow.

More broadly, the entire crisis has made it clear that Germany needs to rethink its relationship with Russia. As a new chancellor, facing a new set of circumstances, Scholz has an opportunity for a reset.

The German leader has four main priorities when it comes to Russia: energy, deterrence, strategy and public education.

On energy, it is now clearer than ever that decades of ill-thought out policy have left Germany dangerously dependent on Russian gas. In an ideal world, Germany would reverse its ban on nuclear energy. Even if that is politically impossible for now, Germany needs to make urgent efforts to diversify its sources of energy supply and to accelerate the move to renewables.

As a country that is strongly committed to both the EU and NATO, Germany is critical to the western alliance. Scholz has to show that legitimate efforts to build up the EU diplomatic and military capabilities will not come at the expense of close ties to the US. Any hint of an effort to ease the US out of Europe will split the EU – as well as the broader western alliance. It would also encourage Russian aggression.

The German chancellor should also be more willing to speak openly about the importance of deterrence. German public opinion has a strong pacifist streak. But, now more than ever, peace in Europe requires a willingness to invest in military strength and alliance unity.

That points to the biggest long-term challenge facing Germany’s new chancellor – public education. However the crisis in Ukraine plays out, it has already underlined that Russia is now a dangerous neighbor. Commerce and cultural exchange are not enough to handle the challenge from Moscow. This is an uncomfortable message for the German public. But it is one that Scholz will have to explain.